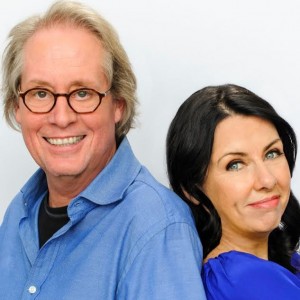 David and Veronica James set out to “break the empty nest rules” after their kids left home and haven’t looked back since. They started their blog, Gypsy Nester, and have their first book, Going Gypsy, coming out in February 2015. In our interview today, David and Veronica talk about finding the courage to start their blogging journey together and what they will be talking about at TBEX Cancun 2014! Enjoy.

You started your blog, The Gypsy Nester, after your kids “flew the coop.” Can you tell us a little bit more about the inspiration for the blog and how you got started?

Like most couples, we had a big “now what?” moment when our youngest child was ready to fly from the nest. We were living in The Caribbean – in the U.S. Virgin Islands – so with all the kids on their own we thought it was a good time to go back up to The States and reconnect with family and friends. Ten thousand miles in a beat-up old motorhome we bought on eBay later, we had another “now what?” moment in Mexico and decided we liked the lifestyle, so we kept going.

We had already started documenting our adventures on a cheesy little blog – mostly to keep loved ones up-to-date. Our oldest daughter, thinking we might be on to something, dragged us – kicking and screaming – into social media. Once we got the hang of it, we loved it.

It’s a blast to share our lives with the world!

What has been the most important lesson you’ve learned since you started blogging? What do you know now that you wish you’d known when you started?

Maybe the best lesson has been to allow things to go the way they want to go. By that we mean to be open and not try to force things. We never had a grand scheme, no big plan as to what we wanted GypsyNester.com to become; we just kind of followed life as it led us. We’ve become way more flexible than we used to be.

Did either of you have experience in writing and publishing prior to starting your blog together?

David sort of did. He was a staff songwriter for several music publishing companies in Nashville when we lived there. There are definite similarities that have helped him make the transition, a feel for words and conveying ideas.

Veronica owned one of the first web design firms in Nashville; there was copy and technical writing involved with that. She was also editor and publisher of the print news magazine 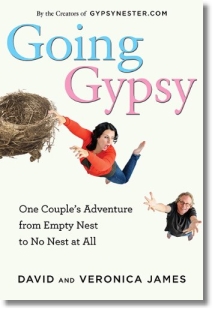 and website for the school that our kids attended in the Caribbean.

Where do you see social media going in the next 5, 10 years? What advice would you give to bloggers who are just “starting out” and who don’t know much about using social media?

We don’t even know what social media is going to look like tomorrow! It’s a dynamic, ever-changing medium mapped out on the fly by users and their preferences. The added element of what we expect to be an explosion of technology in that timeframe makes things even more exciting.

Our best advice for the newcomer is to be yourself and be social. It’s called social media for a reason. YOU are what makes your blog unique and keep that vibe going when you are interacting with folks. Trust us, it wasn’t until we found the guts to be ourselves that our site began to take wing.

You’re going to be speaking at TBEX Cancun 2014 in September. Can you give our readers a little taste of what you’ll be talking about?

Of course! The idea for Veronica’s talk was spawned from the #1 topic that comes up when we get together with fellow travel writers: Dealing with haters, flamers, and trolls.

Fear of cyberbullies can hold folks back from starting a blog and even seasoned bloggers (ourselves included) are constantly stunned by some of the mean-spirited comments flying at us on a regular basis. The first one is especially hard—Veronica’s came when she was called an emotionally bankrupt shell of a person.

I’ll be discussing how to deal with haters, flamers, and trolls on your blog and social media, as well as how to cope with the emotions inevitably felt when you are on the receiving end. You’ll learn when – and how – it’s proper to defend yourself, to let it go, to delete or – yes – even thank someone who has offended you.

And no interview with you would be complete without a congratulations! Your book, Going Gypsy, is coming out in early 2015! Tell us about the process of writing, editing, and publishing the book and what readers can expect.

Wow, it’s a long process! Going Gypsy is our first book, so we didn’t really have any idea of what we had gotten ourselves into. Writing for a blog and writing a book are two completely different animals.

It’s been about three years from when we first thought, hey, wouldn’t it be cool to write a book? Our first draft ended up being completely reworked over the span of about two years. Then the whole process of finding a publisher can take quite a while – nearly a year for us, which, from what we gather, is actually fairly fast. We feel very lucky that it went as quickly as it did, and that we found a publisher – Skyhorse in New York City – that turned out to be a perfect fit for us, and our book. We signed our contract in November of 2013, have gone through another round of edits, and now have six months until our publication date. We are trying really hard to be good and patient, but the suspense is killing us!

Going Gypsy is the story of how we faced that “now what?” moment by pulling the ripcord on our daily grind, quitting our jobs, and going gypsy in a beat-up old RV found on eBay. On a journey of over ten thousand miles along the back roads of America (and a hysterical, error-infused side trip into Italy), we conquer old fears, see new sites, reestablish bonds with family and friends, and transform our relationship with our three grown children from parent-child to adult-to-adult. Most importantly, we rediscovered the fun-loving youngsters who fell in love three decades prior. Going Gypsy is coming out in February of 2015, but it is available for pre-orders now at: GoingGypsyBook.com

David & Veronica are experiencing the collision of Baby Boomer and Empty Nester. Upon sending their youngest out into the big, wide world, they set out to break the empty nest rules by selling everything and hitting the road. To become more than empty nesters, to be gypsies, GypsyNesters! Along the way they rediscovered the couple who fell in love years ago and chronicled their journey in a new book, Going Gypsy: One Couple’s Adventure from Empty Nest to No Nest at All. Read more about their escapades at GypsyNester.com. Connect with The GypsyNesters on social media: Facebook – Twitter – YouTube – Google+ – Pinterest  – GoodReads – Instagram