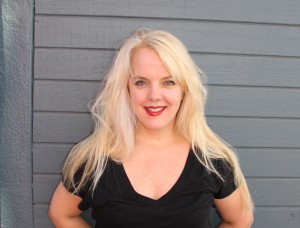 Today’s guest is a writer I first met on a press trip to Iceland. Karen Loftus is a real Renaissance woman, with past titles including stand-up comedian, fashion journalist, and playwright. Not only does she has a knack for writing about travel, fashion, and culinary and cocktail tourism, she has entertained diverse audiences around the world in the Middle East, Europe, and Asia.

Prior to journalism I was a performer, an award winning playwright, a Tennessee Williams Fellow and an international comedian. My definitive niche, especially as a comedian was The Global Road. I took what I thought would then be a wee break after many years of globe-touring and producing shows and slipped in to journalism.

I initially covered the Hollywood beat working the madness on the red carpet and was backstage at all of the major award shows. One year of reality stars and the raging red carpet later, I was running in search of more stamps on my passport. A fellow LA entertainment, lifestyle and travel writer in LA cracked the door open for me and got me on my first international cocktail gig/press trip to New Zealand. I haven’t stopped tripping or sipping since. It felt like the perfect fit for me as I took what I did on stage and put it on the page. I still travel the world and tell stories.

The key, as is true in any business, especially in a highly coveted art form, is to create alliances. Fellow travel writers that I met on press trips proved to be great allies, showing me the ropes, sharing war stories, getting me on to other trips, introducing me to PR companies and turning me on to media outlets. At the end of the day it is all about great relationships.

Where do you see your career as a travel writer being three years from now? How will your income 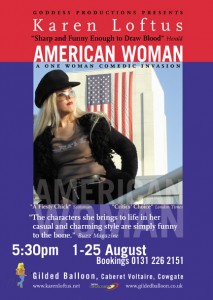 mix change and what are you doing to adapt to the changing media landscape?

I see myself in a much better place financially than I am today. The recent overabundance of words and media, be it Twitter, Facebook or blogging, has made the written word close to value-less in many places. The key now is to create your own projects where you can increase the value over time: build your own brand versus being just a writer for hire. Similar to what I did with my performance and comedy career, I am now moving in to a more self-reliant place with my own travel website, books, specialized tours and trips, travel projects for TV and once again combining my love of travel and performing with writing. The goal is to be a multi-media, money making, travel savvy machine.  Moving forward, I am flexing all of my entrepreneurial muscles combined with a good bit of creativity and a hint of humor.

I don’t think I would have done things that differently as it has been a good run with a nice organic unfolding.  The one thing I would do today, is take a more independent approach right out of the gate by establishing my own (travel) brand with my own projects and website right at the beginning, first trip in. Boom! I would also work to get in with the media powers that be at the highly respected outlets. It doesn’t hurt to hang with the honchos, whatever the business or beat.

Create your own definitive brand and your own travel-related projects out of the gate.  Back in the day it was all about getting with the all-mighty, well-established publishing houses. Now in any and all forms of media, the creative entrepreneur with gumption gets to the front of the food chain.  Think independently, but keep a toe and a definitive ear in the system. You can always learn from others, be it their mistakes or their accomplishments.  There are no rules in today’s landscape. So make ‘em. Break ‘em. Shake ‘em up.

You’ve got an interesting work history that weaves together fashion, comedy, and writing. How have those different endeavors fed off each other?

It is all very inter-related as each one feeds off the other. I have always been in to fashion. I often thought I would take my business studies after university, move to New York and be a major fashion executive or designer. I did move to New York, but theater seized my attention. She’s a jealous and demanding beast, so theater it was. Yet I always kept one firm toe on the fashion front.

As a struggling actress in New York, I lived with top models who introduced me to many designers. We used to produce trunk shows for several of them. In between auditions, I was a personal shopper for their friends and New York’s upper crust crowd.

Years later, I was living in Barcelona and touring as a comedian all over the world. One of my old school fashion friends hired me to track fashion and lifestyle trends. He owned a very well-known global fashion company and licensed for many other of the well-known tip-top fashion houses. In between my comedy tours I would go on these great trips, to Milan, Rome, Amsterdam, all over Europe to track trends that would then influence their many lines in the following season.

When I produced my theatrical shows I designed the sets, the lighting design and sound. On my last show I worked with an amazing technical designer meticulously arranging the music and a myriad of slides for the show. Similar to a hotel property, my shows were all about the aesthetics and creating a feeling, a sensory experience from the moment you walked through the door.

When I started as a journalist I had a trends and a fashion column in a major magazine and I was on the red carpet talking Oscar Fashion. It was an easy fit for me.

As far as the comedy and the writing, it’s a no-brainer. Writing is writing, Can you or can you not tell a story? When I got in to comedy after writing plays I remember Colin Quinn (of SNL) telling me that writing gets so much better as you learn brevity in stand up. You have to paint a crystal clear picture for the audience and pull them in instantly or you lose the crowd. Same is true in magazines. Pull them in or they flip the page.

I do think my slightly bent slant is what got me in to many doors initially. I’m banking on that same slant to take me to the next multi-media level. That or I might have to launch a travel-savvy clothing line.

Where have you traveled lately and which places have led to the best stories?

The close of this year was full of fabulous whirlwind trips. Zambia, Sri Lanka and Chile were the stand outs of late. I’m still milking those travel cows. Here’s hoping the stories are as good as the trips.

Karen Loftus is a Multi-media Maven. She’s a Travel & Lifestyle Writer and Globetrotting Photographer. Check out Karen’s many adventures in The Global Road on TravelMole where she is the lifestyle editor. You can also check out her Luxury Travel Blog, Lofty Life, All About The Good Life in Curve Magazine. If you’re looking for something live, tune in to her travel vlogs, Lofty Life & Notes from the Road on Kyte TV.