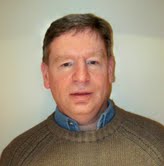 Peter Mandel has spread his love of travel across generations: not only has he authored nine children’s books, he writes for the travel sections of such publications as The Washington Post and The Boston Globe. Whether chronicling his experience kayaking to the Statue of Liberty or teaching kids about different kinds of vehicles (Planes at the Airport), Mandel has a keen eye for detail, a passion for reaching diverse groups, and a knack for finding a great story. He has won five prestigious Lowell Thomas awards from the Society of American Travel Writers, and placed gold for adventure travel article of the year in 2005. Check out his website here!

You work regularly as a travel writer doing articles, but also as an author of books for children. Does the one skill help the other any, and which is better at paying the bills?

It’s hard for me to think of connections between these two writing worlds, other than the obvious fact that they’re both types of writing.  My sense is that they coexist pretty calmly, but that neither really does much to assist the other in terms of craft, itself, or in terms of editors and markets.  They’re very different income-wise as well:  the travel writing brings in a somewhat steady stream of small-to-moderate checks; while book writing means years with nothing, then a shot of money if and when you’re lucky enough to earn an advance from a publisher for a new title.

I’d been doing other kinds of writing (adventure books for kids, a newspaper column) and started to pitch travel article ideas to various editors as a way to hopefully add to my income.  One key early idea that worked for me was doing a ‘sample’ travel story that I sent out cold to literally dozens of editors.  This was simply to show that I could do the job.  Many ignored it, of course, though one or two eventually bought a version of that first piece.  More importantly, there were a few other editors who couldn’t use that story but liked the writing enough to ask to see other stuff, which led to a couple of sales down the line.  One guy (a former Washington Post travel editor) gave me an assignment for a future piece.  From that point, I was able to start the painfully slow movement towards pitching ideas rather than doing stories on spec.

Where do you see your career as a travel writer being three years from now? How will your income mix change 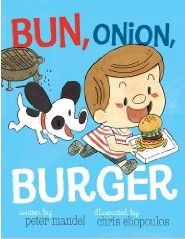 and what are you doing to adapt to the changing media landscape?

This is the question of the hour.  I happened to be sitting at a conf. table with three or four twenty-somethings recently and at one point we went around the table to list some of the markets we contributed to.  After my turn came, there was a confused silence.  “Oh,” said one girl finally.  “Print!?!”  I guess that, as a guy who writes for newspaper sections and a few mags. I’m a Stegosaurus.  But instead of trying to evolve like smarter writers and do stuff for websites or start my own blog, I’m still lumbering along eating the same ferns in the same forest.  My guess is that three years from now I’ll be well on my way to becoming extinct.

Well, as you’ve suggested, the landscape is so quickly changing that what I’ve learned about reaching out and cultivating travel editors at newspapers and magazines is becoming less central to survival.  Still, I’d make sure I didn’t sweat each and every disappointment and would try like hell not to piss off editors, even in the heat of battle or when I’m getting flak.  I don’t think there’s anything you can do to ensure success, but one thing I’d certainly try to focus on is broadening the style and type of travel articles I produce.  More tightly-focused stories, for one thing.  And more nugget-y round-up pieces, perhaps–like one I did called “The World’s Top Couch-Potato Adventures” which has sold well.

One definite early plus for someone starting out is to not be afraid of submitting simultaneously to many, many markets at the same time.  As I tell my travel writing workshop students, if you don’t go this route, you’ll grow old or die before you get published.  More broadly, I’d try to discourage other types of fears.  Please, please be adventurous, I’d say.  Use some humor in your stuff; try to have a ‘voice’ that’s your own.  Go and write about the places that you most want to see and that are most exciting for you–not the places you think are most ‘cost-effective’ to write about.  One of the most amazing things about travel writing is that, if we play our cards right, we get to see some of this globe.  But I can’t tell you how many people (writers! photographers!) seem nervous, even fearful about far-flung or off-the-beaten track locations. 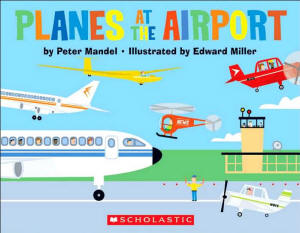 What has been your experience in working with the various major publishers who have put out your books? Anything you’ll do differently in the future as the book distribution system keeps changing?

It’s not just that the book distribution system is changing but that publishing in the larger sense is being shaken and stirred.  I’m still a believer in actual books (the paper and cardboard kind) and in “traditional” publishing, even with its sometimes hidebound traditions.  Most of my dealings with the larger publishers of my books (Hyperion, HarperCollins, Scholastic, Simon & Schuster, etc.) have gone reasonably well.  They’re businesses like any others, and as long as you realize that they exist not to fluff up authors’ egos but to find and publish titles that have a chance of at least carving out a reasonable niche, you can do fine in this world.  Self-publishing is a wonderful thing: you can have your book look and sound exactly like you want it to.  Your hurdles, though, include trying to convince busy readers that you’ve got something worth their time and money, and somehow getting your physical books or e-books in front of their noses.

Peter Mandel is a travel journalist and the author of nine books for kids including Bun, Onion, Burger (Simon & Schuster), Planes at the Airport (Scholastic), Say Hey! A Song of Willie Mays (Hyperion), and My Ocean Liner (Stemmer House).  His titles have been part of exhibits at the Museum of Natural History in New York, at the Smithsonian, and at the National Baseball Hall of Fame, and have been translated into Japanese, Chinese, German, Italian, Dutch, Swedish and Danish.  A regular contributor to the travel sections of The Washington Post, The Boston Globe and National Geographic Kids, he often writes about the misadventures he’s gotten stuck in–including experiencing a coup in Ecuador, trying to hike a suburban strip mall, suiting up as a theme park character, seeing America by metered cab, and kayaking to the Statue of Liberty.  Originally from Manhattan’s Chelsea neighborhood, Mandel finds himself living in Providence these days with his wife, Kathy, and cats, Betty, Emily and Cecil.  A Huffington Post contributor, he’s written essays and op-eds for Reader’s Digest, The Los Angeles Times, The International Herald Tribune, and Budget Travel, and has won five Lowell Thomas awards from the Society of American Travel Writers, including a 2005 gold for adventure travel article of the year.  You can check out his work and get in touch at:  http://www.author-illustr-source.com/petermandel.htm