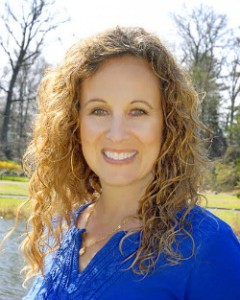 Kim Orlando is the founder of TravelingMom.com, TravelingDad.com, and SheBuysCars.com and a sought-after social media and marketing consultant and authority on family travel. She is also a mom of three and it was that role that inspired her to create the TMOM network. We caught up with Kim to find out how it all started, what inspires her and how she manages it all.

First the obvious question: what inspired you to launch TravelingMom.com and how did you get started?

I wish I could say I was a world traveler, sitting on the beach in Rio when inspiration struck but the truth is that I was in Jersey. As a pharmaceutical document management consultant I traveled some for work and later commuted weekly from Connecticut to New Jersey, usually staying over 1-2 nights. I had 3 kids under 4 at home, an au pair, guilt, stress, no time and was looking for inspiration and absolution. When I realized there was no one place that had that plus ideas for places to take my family, I created it. That was 2004 and I went full time as TravelingMom publisher in 2006.

What really gets you excited about the TravelingMom network? 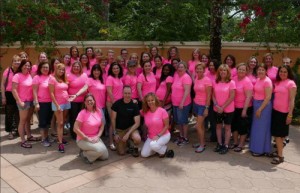 No question it is the way the team works together and supports one another. I love showing the world how a group of very different women can agree to disagree, learn from each other and support the bigger picture.

How do you deal with the constant changes in technology and what are you doing to compete with other family travel sites and blogs coming online all the time? 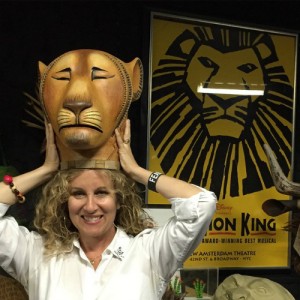 I like to peek in on new technology but I learned a long time ago that trying to conquer all of it will only make me crazy. Surrounding myself with others who are experts in each area is a much better way to go. Again, it’s about working with an outstanding team. As for competing with others in this space, our focus is on providing the best content and serving it in the best possible way to our readers.

How do you generate revenue with your site?

Revenue is generated via social media promotions.  We have hosted the TravelingMom Twitter party every Monday night since 2010 and some are sponsored by companies such as Travel Guard, Chevy, Panasonic, Universal Studios, Sony Pictures and many more. We host live events where sponsors can have conversation time with local influencers in smaller markets like Portland, Seattle and Fort Worth. We also sell ads and we just started selling products like Ricardo luggage. 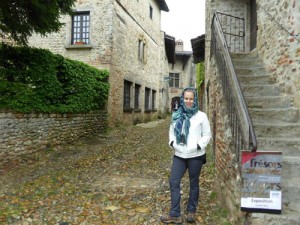 People ask me all the time what my favorite trip was or what is my favorite way to travel. The honest truth is that I love it ALL. I love road trips, plane trips, river cruising, trains (especially the Coaster in southern California) and I fall in love with every place I have been. I am a huge fan of traveling in the US and North America to find cultural experiences. We have so many different cultures right here and an unending list of places to see and appreciate: the beaches, redwoods, Spanish and Asian cultures in CA, the Will Rogers museum in Oklahoma City, Native American history in the southwest, cajun Creole culture in LA, southern hospitality in KY, GA and the Carolinas, Amish country in Ohio and Pennsylvania, Italian and Irish influence in the northeast and French immersion in Quebec. But if I had to choose three, I would say California, Quebec and Italy. 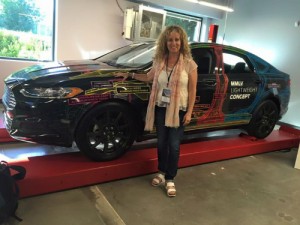 I love the diversity of California. I can be in the mountains one day, the desert the next and sleep it off on the beach plus I LOVE California food! From the sparkling lights of Quebec City to the blueberry festival in Saquenay, I am a fan of the Quebec culture, the friendly people and all of their festivals. I want to return to Italy because I did not see enough of the country the two times I’ve been there – too busy visiting family. Besides, I really can eat pizza and gelato every single day.

Kim Orlando is the founder of TravelingMom.com, TravelingDad.com, and SheBuysCars.com and a sought-after social media and marketing consultant and authority on family travel. She has built TravelingMom into the solid and supportive TravelingMom Blogger Network and developed business relationships with some of the biggest names in family travel, from Disney to Park City Mountain Resort, Capital One to Venture Card, Orlando to Aruba, Marriott to Great Wolf Lodge. As an authority on family travel, she is a regular spokeswoman on satellite media tours and has been quoted in media from Good Housekeeping to the Wall Street Journal. Thanks to Kim and the team she has built, TravelingMom, the trusted source for moms who travel with and without their kids, was named one of the Top 4 Family Travel Sites by Sherman’s Travel. She is also a partner in the travel influencers agency 360 Degree Travel Network.