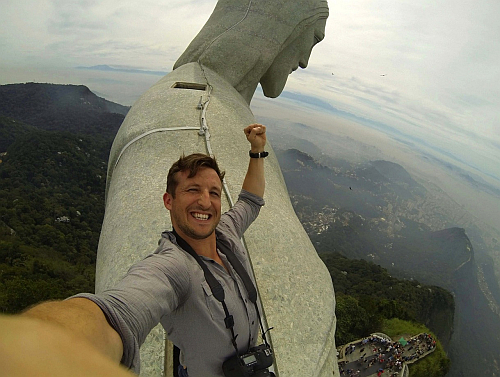 This “Instagram killing travel” article was originally commissioned by a major magazine, but was vetoed by the editor’s boss before publication and I received a kill fee. Two other print editors expressed an interest, but wanted it to be revamped to become a more positive, “how to use Instagram right” kind of piece. Rather than water it down or let it wither on my hard drive, I’m posting it here to spark a discussion among travel writers and bloggers.

On September 27 of 2014, as Mount Ontake in Japan erupted, flinging rocks at up to 190 miles per hour, some hikers just had to get a photo. The Daily Mail reported that more than half of the 56 dead bodies recovered afterwards had phones clutched in their hands, presumably taking photographs of the catastrophic event to post to social media.

The new obsession of documenting every moment with a smart phone camera is normally not so deadly, at least on this scale. More often there are “selfies gone wrong” stories with people falling off a cliff, getting hit by a vehicle, or getting bit by an animal. Someone who took the time to really do the research found that 49 people died while taking selfies between 2014 and 2016. Update: it seems to be getting worse.  Wikipedia maintains a list of selfie deaths now and there were 27 in 2017 alone. This doesn’t count the uncountable: those who died while snapping the avalanche, tornado, or tsunami wave bearing down on them—killing both them and their phone. 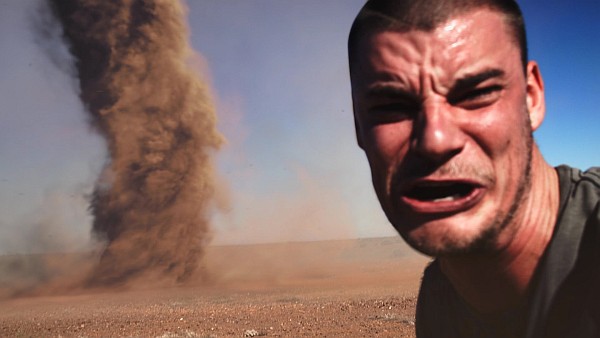 Chalk those occasional poor decisions up to natural selection or bad luck. Really, the most troubling thing about Instagram is that it has turned travel into a competitive sport. Instagrammers put themselves in dangerous situations to get the most extreme photo. They doctor images to make their experiences look better, race to #share and then spend hours checking on their “likes” instead of experiencing what’s in front of them. At everything worth posing in front of there’s a sea of arms holding phones out and bystanders getting clocked with selfie sticks. When you’re more concerned with getting the shot, it’s likely you’re not doing much living in the moment. Or actually observing what you came to see.

“Instagram and other forms of social media have their place. But when you’re too busy hashtagging your life to actually focus on living it, I think there’s a part of you that’s already dead,” says Bret Love, editor of Green Global Travel.

In some circles, this expectation of vacation sharing has led to a new kind of one-upsmanship in travel. “If you haven’t shared it, you haven’t been there, right?” asked Yahoo Travel editor Paula Froelich while speaking at an adventure travel conference I was atttending. A search of the #selfie tag on Instagram brings up 256 million results, many of them posted while on vacation.

At a tourism conference for luxury travel tour operators and providers I attended last year, there were more than a few nods to the narcissistic side of the “experiential” trend we keep hearing about. As a travel agent with a stable of ultra-rich customers said, “Our clients will spend a lot of money to go where nobody they know has gone or to have an experience that’s exclusive to them. Much of the premium is driven by wanting to brag on social media and show something unique. ‘I’m here and you’re not!'” 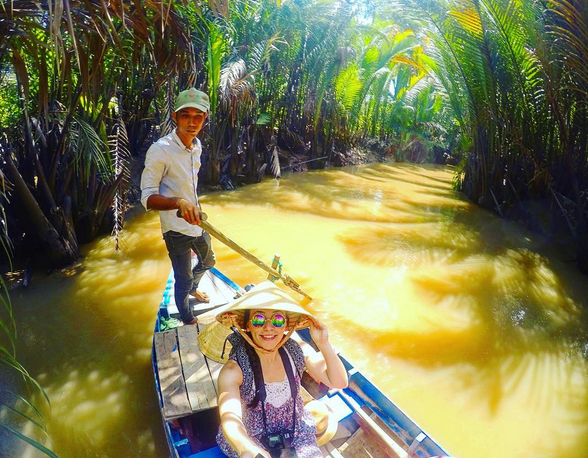 But is what you’re seeing real? “Because filters are built into the app, Instagram presents many more altered pictures than other social media services,” says Tony Eitnier, blogger at Contemporary Nomad. “Some famous travel Instagrammers almost exclusively post HDR or other highly altered pics. This presents a version of ‘reality’ that is anything but realistic.” 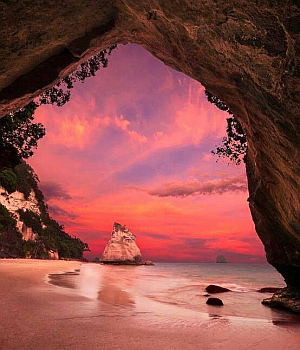 “With photographs you can do so many things to impact the outcome of what you post,” says Catalina Toma, who has studied social media and self-esteem while Assistant Professor in the Department of Communication Arts, University of Wisconsin. “You can stage and plan the shots with unlimited composition time, then make the photos even more beautiful through software embellishment.” She says research shows that people get a big self-esteem boost when looking at their own carefully curated profile and posts, but feel envy or jealousy when looking at others’, apparently not realizing everyone is doing the same thing. “There’s an implied knowledge gap.”

Marianne Aerni did her thesis for a Masters in Media and Communication at the University of Stockholm on the self-portrayal of young and successful women on social media. She observed in her interviews that. “Showing off seemed to be even more important on Instagram. It was seen as idealizing your own life, making sure life looks amazing.” This was the platform that the young career women used the most to “shape the online self” and she noted that “Instagram jealousy was expressed several times and seemed to be a real issue for most of the women.”

What research can’t answer for us (yet) is this: If nobody “likes” our vacation photos, does that diminish our experience? Or alter our formerly positive memories? If a photo’s main purpose is just to create an endorphin rush of likes and comments, is it less beautiful or memory-triggering when nobody responds?

Tourism boards mainly care about the numbers though, so they are naturally gung-ho on this photo-based sharing system. Because it’s always, ahem, #beautiful where they are on Instagram, the visitors bureau is suddenly awash in tens of thousands of shared images that didn’t cost them a thing. Tourism Queensland in Australia generated more than 6,000 images in one weekend through an “Instameet” event. Publicist Nelson Hall says these postings “are actually helping people from around the world discover destinations from other users and inspire them to travel more.”

A.J. Shear of the Finger Lakes region in New York agrees. “The beauty of a platform like Instagram, or any other social media, is that we aren’t the content suppliers. We may be curating and encouraging it, but the visitors themselves are getting the word out.”

Jitenda Patel of Haka Tours in New Zealand says customers have booked tours with them directly because of what they’ve seen through their Instagram account. He is very sensitive to the touch-up temptations (and criticisms) of the platform though. “We tend to hand pick very high-quality images that have had little work done to them, with respect to filters etc., hence we very rarely repost guest images.” 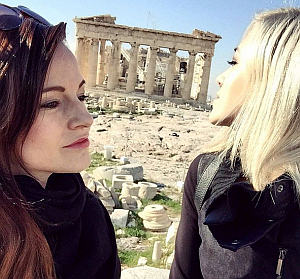 Some wonder whether a platform representing only 24% of the U.S. population, is accorded far too much attention. Since heavy selfie posters skew very young and are more likely to be narcassistic or pathological, are they really indicative of the average vacationer? “One of the issues I face with our Instagram account (and all social media, in general) is the generation gap between users versus the typical demographic of travelers who visit our city,” says Telia Butler, PR manager for the city of Bowling Green, Kentucky.

Philosophical questions of feeling and appreciation for a destination add a whole other wrinkle to this debate. If a place is just a backdrop to pose in front of, is it functioning as anything more than a glorified green screen? If you’ve seen a “wonder of the world” in your Instagram feed every day, are you going to be as excited to visit it as you would have been in the olden days before smart phones?

For the heavy users though, the platform has become a visual guidebook, an inspiration tool, and a way to strike a destination off a travel options list. If the photos posted by visitors are lousy—even with all those filters to work with—the place is probably going to be a real disappointment in person. Then again, if the photos shine, it’s anyone’s guess as to how pretty it really is.

Tim Leffel is the author of multiple books and has been a professional travel writer since the days of slide film and no internet. But his first blog launched in 2003 and yes, he occasionally gets around to posting on an Instagram account.