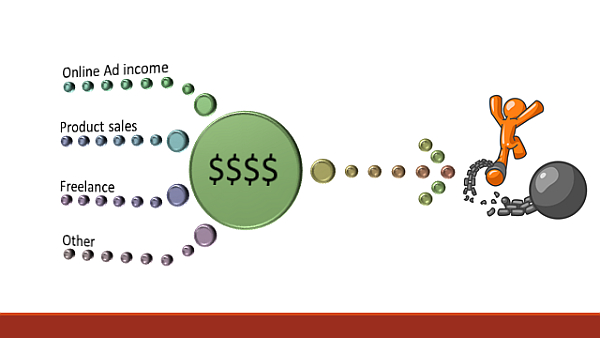 Ever since I started this blog many years ago I’ve been preaching the need to set yourself up in a way that you have diversified writing income. Then when I launched my Travel Writing Overdrive course years ago, it became the core theme over the 12 modules. As in, “You may not want to do all of these things, but you’d better at least do a few of them.”

As I write this we’re in the midst of the greatest threat to the world economy we’ve seen for a century. Entire industries are on hold as a global pandemic spreads and everyone is forced to stay indoors. One of those industries is travel. Since nobody can go anywhere right now and nobody is even sure when they can even plan a trip again, what happens to the people working in the travel industry—including travel writers and bloggers?

The answer is not pretty, that’s for sure. An income level and lifestyle many travel bloggers and freelance writers took for granted is now completely off the table. With nobody traveling, the marketing spend we often depend on gets cut immediately. Sponsorships, ambassador programs, direct advertising, network display ads, affiliate commissions, and travel book sales are all disappearing or getting pushed back. Related side hustle activities like leading city tours, itinerary planning, and travel consulting are also gone for now.

In some cases, even the travel writers who were well diversified are in trouble because all that diversity was related to travel—as it is/was for most of us. That’s where our expertise lies, so that’s where we expanded. Those who developed other income streams in different industries/angles are probably feeling relieved right now.

Every person is in a different situation, but here are a few idea prompts to consider while you’ve got plenty of time stuck at home to brainstorm and research.

Write about something besides travel

In a time when nobody can travel, even if they want to, it’s pretty hard to get anyone to read travel articles. For most of us, our blog traffic chart looks something like the stock market chart for March: falling off a cliff.

Sure, we can tell people to read our articles in order to plan for the future, but when there’s no end in sight to the current situation, most readers can’t wrap their head around making future plans. They don’t even know what next week holds.

So what else can you cover on your blog or as a freelancer that’s not travel related? On some sites, this might be next to impossible. My Hotel Scoop one is probably screwed for a while no matter what I do.

On my Latin America travel site’s blog, I’ve always covered spirits from that part of the world on the blog, so I’ll be stepping up my frequency of those posts. I have a feeling people will be drinking plenty at home and will be looking for recommendations on what tequila to buy or the best rum from Central America. I might also step of coverage of wine and Mexican craft beer while I’m at it. 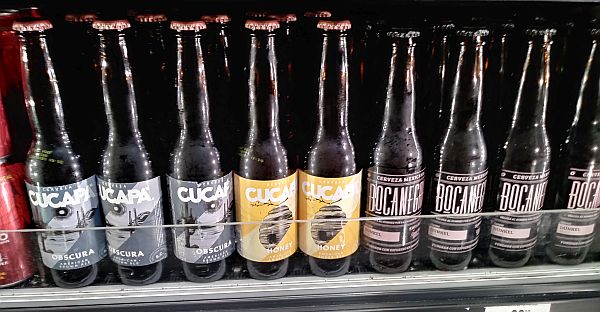 I hear people are still drinking…

On my Cheapest Destinations Blog, I already did a lot of posts on living abroad and that’s something people are still researching while they’re watching their nest egg dwindle. So that’s most of what I’m sharing on social media and researching new articles for. I also cover gear and outdoor apparel sometimes so I’m pushing out those articles as the online gear stores run big sales.

As a freelancer, I got an assignment this week from a pitch. It started by asking an editor I’ve worked with before, “What are you looking for right now that’s not about travel?” After a bit of back and forth, we settled on a good article topic and that’s another payment coming my way later.

One of my past Travel Writing Overdrive students is in pretty good shape right now because in addition to writing about travel, for many years she has been writing about medical issues. That work is still in high demand.

What else could you pitch to editors that will resonate in a time like this? What info are your blog readers looking for that you could supply (without wading into areas you know nothing about)?

When the media talks about the gig economy, they often gravitate to Silicon Valley-centric jobs like Uber drivers and software coders working on contract, but there’s a whole huge world out there of on-demand jobs. Tens of thousands of people a day are being hired on platforms like Upwork and Fiverr to do more jobs than you can imagine. Sure, the money can suck since you’re competing with the whole world, but gigs that revolve around native English language fluency are harder for someone in a developing country to perform.

Could you pick up some paid hours doing article research? Paid proofreading or editing? Transcription of medical or legal dictations? If you’re a grammar nerd or spelling stickler, you might be a natural.

One gig that a lot of digital nomads do at least part-time is to teach English online. There are lots of companies out there hiring native English speakers to do lessons over Skype, especially now that students can’t come to classrooms in Korea and China. You might have to get up early or stay up late, but especially if you have an ESL certification of some kind, you’d be in high demand right now.

The three Cs of Consulting, Courses, and Coaching can provide steady payments that keep the lights on when the content side of your business is suffering. Many bloggers run courses or do consulting on “How to start a travel blog,” which kind of makes sense because it’s what they know, but that com 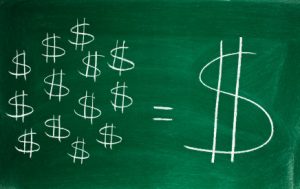 petitive business is going to drop to zero soon if it hasn’t already.What else can you get paid to offer advice on that’s not so obvious?

The people I know who are doing much better are the ones who do consulting or coaching in a related but wider-appeal area. Some do social media coaching or account management for small businesses who don’t have the staff or bandwidth to do it right themselves. Some do SEO consulting or courses. Some advise on setting up efficient Facebook ad programs or structuring a content marketing plan for the company blog.

Some bloggers use their previous job skill/education (such as legal, accounting, or sales) to offer guidance that few others are offering for a reasonable price. They get paid to consult on copyright infringement, solopreneur bookkeeping, or creating e-mail sales funnels that convert consistently.

Take a job for a while

I’ve said before on this blog that there are a lot of virtual help wanted signs out there. When I wrote that we were at record low unemployment, which is rapidly reversing. Still, a lot of publications were already running short on staff and now probably more are transitioning to a point of fewer employees, more contractors. There are lots of gigs and temporary positions out there for the taking for someone who can hit the ground running. 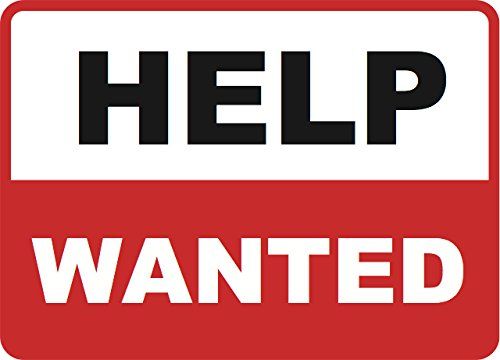 Or if you’re at a point where your blog income is declining rapidly, how about giving it a break for a while and taking a “real job”? I know it’s a depressing thought when you’ve had unlimited freedom and have been living as a nomad, but those times are gone for a while. It might be time to pivot until you can get back to your old lifestyle. Desperate times call for desperate measures and sometimes that means working for a boss again in order to keep paying the bills.

Work on long-term projects that will pay off later

I always advise writers to be simultaneously be working on three kinds of output: the now, the soon, and the future. The now items are the ones that will pay next month’s electric bill and put food on the table. The “soon” projects are the ones that will pay off three or six months from now, like freelance articles for magazines and e-books you can throw up quickly for $3.99 on Amazon.

This is now a great time to work on the future projects though. Yes, you need to keep making enough to pay the bills somehow if you don’t have savings to pull from, but you almost surely have far more time on your hands than usual. It’s time to do some deep work while you are able to concentrate for four hours at a time instead of wasting time on tasks with no leverage (such as social media) that aren’t going to pay off right now anyway. Stop chatting, start writing while you’ve got no excuses.

If you do already have a book out, work on promotion now more than you usually do. People have much more time to read right now.

If not, this is the time to work on that book you’ve been talking about for years. It’s also a good time to write well-researched query letters, to do deep research and interviews, to put together lead magnets that are worthwhile. This is the time to start that second blog when there’s no pressure to create an audience and monetize quickly. Start now on that long narrative article or essay you’ve been putting off in favor of top-10 lists and other travel fluff.

One silver lining of this crisis is you’ve lost all your excuses about not having time to learn, research, and create work that lasts. Take advantage of it and come out stronger on the other end.

Your turn. What are you doing to weather this crisis financially and create a stronger foundation for the future?

Ready for some guidance? Join the mastermind group of Travel Writing Overdrive.