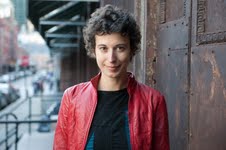 The title of Anja Mutic’s website, Ever the Nomad, couldn’t describe her lust for travel any better. As she tells it, she’s “a traveler who writes, and a writer who travels.” She has written for internationally recognized publications for the past 10 years, and has a particular expertise in her homeland, Croatia, and the neighboring countries of former Yugoslavia (Lonely Planet just published her 2011 edition of Croatia—check it out here!). The kind of artist who blends beautiful photography with excellent coverage, she’s a rare gem in the travel writing world. Check out her website here!

How did you get started as a travel writer? What got you on your way?

My career in travel started back in 2000, when I got my first job in travel publishing, through an ad in The New York Times. That was for Rough Guides, where I continued to work for nearly four years as an online travel editor. My favorite part of the job was commissioning stories from travel writers scouring the globe on guidebook gigs. But then one day I realized I was developing a bit of an envy syndrome, stuck in my office editing stories about faraway corners of the world. So I decided to persuade my boss to let me leave on a guidebook writing sabbatical. This was a first in the New York office and it took some convincing but in 2002, I went off to Bolivia for five weeks, a country I had never been to before. I loved every minute of the experience, and this kick-started my career as a travel writer. A couple of years later, in 2004, with a short full-time stint as editorial director of ShermansTravel.com in between, I gave in to the call of the open road and went freelance. And here I am, exactly seven years later…

I highlighted your portfolio site in Travel Writing 2.0 as one writers should look at as a good example. How did you go about putting that together?

A few years ago I realized it was a real pain to be sending clips to editors by email and thought it would be a smart move to create an online portfolio of my work. I felt I really needed a showcase of my travel writing experience, an easily emailed link that will contain relevant examples of the type of work I do. So I approached a friend who is a super-talented graphic designer (thanks, Red!) to create my website and we worked together on designing EverTheNomad.com. She really nailed it, managing to capture my personality and aesthetics through the website. I see my site as a work in progress though. I just recently did an update with my developer, tweaking all the pages and moving my blog from Blogger to WordPress. The next step is an upgrade of the photo gallery. I love the fact the website is this very dynamic presence that I can update and upgrade as I see fit, and as my career develops.

There is an impressive list of magazine credits on there. What do you attribute your success to in landing feature story assignments from the likes of the Washington Post and ShermansTravel? 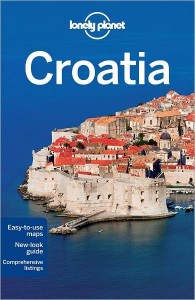 I’m always pitching, collecting story ideas on my travels, brainstorming, trying to find a unique angle to zero in… I also have pretty thick skin and don’t take rejection (ie not even getting a response back from an editor) personally. To be very honest though, I don’t write feature articles as often as I’d like to. Even after seven years in the travel space, I still write plenty of front-of-the-book items, and then I have my guidebook gigs to tide me over.

What advice would you give to someone near and dear to you who wanted to become a travel writer–besides “Don’t do it.”

I just had a little gathering with fellow Lonely Planet writers and one of them, Brandon Presser, said something that rang so true: “Travel writing is neither travel nor writing.” When on the road, whether you’re researching a guidebook or running around on a press trip or a magazine assignment, you’re not really traveling. You’re actually collecting data, doing site inspections of hotels, analyzing restaurant menus, timing hikes, talking to as many people as possible even when you’d rather spend the day in silence…. And most of the time, unless you’re a features writer, you’re not really writing – you’re fact-checking, rewriting, adhering to strict editorial styles, or squeezing a long-form narrative into a 200-word front-of-the-book item.

So you’re stuck in this weird in-between space. And then there’s the romanticizing and glamorizing of the profession that can get tiring. That line “You have my dream job/best job in the world!” gets a bit old after a while because you’re tired of hearing yourself explain that it’s not really that pretty all the time, and that it’s actually hard work, and not for everyone. Another colleague of mine, Sandra Ramani, has a hilarious metaphor for our lives as travel writers: “It’s as if you were married to George Clooney but he beats you at home.” So you can’t really even complain to your friends because, well, you’re married to George Clooney. I love that analogy!

In the same vein, you can’t tell your friends you don’t really feel like going to Bora Bora because you’d simply rather hang out at home. So, I guess my advice is to really think twice before fully deciding if you’re willing to deal with the nitty-gritty, with the dark side of travel writing. I still am, and that’s only because I have such a deep love of travel that I can’t quit. I’d also tell that person near and dear to really travel with an open mind and to look for the least obvious stories. For the minutia that others wouldn’t even notice perhaps. Sometimes it’s that one seemingly irrelevant detail that you can spin into a fascinating story editors will want to buy.

Some veteran guidebook writers are complaining that it’s now almost impossible to make decent money writing a guidebook without cutting lots of corners. Do you agree—and will you keep doing it?

First, I’d say that decent money is a very relative thing. What I find decent may mean peanuts for someone else. People have different standards. For a lot of people these days, travel writing is a hobby, a side source of income, something they do for fun because they either have someone else supporting them, a trust fund or another more profitable profession. I’d say that’s especially the case for magazine and newspaper writers (unless they write features all the time). Guidebook writing is different. Even though the industry has certainly changed in the last decade, I believe you can still make decent money with guidebooks. You do have to do back-to-back projects though, which can lead to burnout. I have found a great balance – doing one guidebook trip per year, which brings me a sizeable chunk of money that I can live off for a few months, and then filling the empty space with newspaper, magazine and online travel writing. Plus I teach an online travel writing course for Mediabistro, which is a lot of fun.

For me, the combination of all of the above is the happy medium. I try not to put all my proverbial eggs into one basket, which leads to another advice for budding travel writers: Don’t rely on one outlet for all your work. Diversifying is the way to go.

Tell us one thing you’ve done that you feel has set you apart from the pack.

I’d say that it’s the fact I left my native land, Croatia, at 18, a country then at war, and managed to build a successful writing career in a language that’s not my mother tongue, in a country that’s not my own, without an Ivy League education and the network that it brings, without a family to support me here in the US. The immigrant experience in this country (or anywhere, for that matter) is harsh on many levels, and it leaves scars. I always try to remind myself and others that not everyone in this world, and in this country, starts out with the same amount of opportunity. As socially enlightened travelers, we should be distinctly aware of that. As an immigrant, I am conscious of that acutely, with almost daily reminders being thrown my way. So on those cloudy days when things don’t seem so rosy, I try to remind myself of the path I’ve taken to get to where I am now and all the obstacles I’ve had to cross. And then I feel better, and I feel grateful. I guess it’s that very path that sets me apart from the pack.

Check out Anja’s website to check out her writing, her photography, and her full bio!