Bill Fink’s writing and photography has appeared in over 50 different publications, including newspapers, magazines, websites, guidebooks, and travel writing anthologies. He has covered topics ranging from five star vacation villas in Tuscany, to trash dump volleyball in Burma, eating squid at a baseball game in Japan and chasing a magic squirrel in the Philippines. Tim caught up with Bill recently to get his thoughts and advice on this travel writing gig.

You write for a lot of major print publications everyone has heard of, but we all have to start somewhere. What was your first travel article published and how did you move up from there?

Got my first travel writing credit in the prestigious International Railway Traveler Magazine, which I think was mimeographed in some dude’s garage in Topeka, Kansas. Saw the magazine listed in a publishing guide, and as I had just returned from a trip in Myanmar where I rode in a historic/frightening train, I figured the magazine would be a good fit, and probably not too much competition for entries. The quote that got me published, I think, was from an Israeli guy on board who said as we rocked back and forth on the train “This is just like riding a camel, but slower!”

Moving up from the first publication into other outlets required a lot of persistence, networking. and practice. I found attending a few writing conferences useful, and just pestered the editors I met until they were so tired of me nagging that they finally published some of my stories. But it’s really a combination of working to improve my writing, and developing good sales skills. Besides some obvious ones like Afar and National Geographic Traveler, you’ve also written for Caviar Affair and American Cowboy. Why is it important for freelancers to branch out and find lesser known publications to pitch to?

There’s only so much real estate available to be filled by writing in the big name magazines, and a ton of competition from freelancers, staff and editors to fill it. They literally get hundreds of pitches a day from writers–the odds aren’t great for breaking in there. So it’s important to build up clips, build relationships with editors in other magazines–sometimes the editors will migrate from smaller magazines to bigger ones and take you along. But other times, they lose their jobs and come to you for help, so it’s probably a wash.  There are some great opportunities (and well-paying ones) in non-traditional travel outlets–almost every publication has some travel-related story in it, from Modern Dentistry to Goats Monthly (if those magazines exist.)

We all know this is a tough racket on the earnings side, especially for straight freelancers. How do you make the numbers add up on a consistent basis each year?

You don’t. So keep the day job, be flexible enough to get revenue from other sources, whether it be from technical writing, PR, guiding, teaching, or begging on the street. When you do get writing assignments, try to develop a relationship with the editor(s) and publisher where you become a regular contributor, a “trusted advisor” who they go to for quality, timely work in a specialty you can justify with experience and good facts.

I met you at TBEX Asia where you gave a talk on quality writing practices to a lot of bloggers with no formal training. What were the main takeaways that writers can put into practice to get better?

1) Telling a story is still important. Even in the days of Top 10 lists, and “You Won’t believe what happens next” clickbait articles, those magazines, websites, and outlets that succeed are the ones who get readers to return because they actually enjoyed the content.

3) Show AND Tell: It seems a basic concept: fill your story with facts (show), and have a point to the story (tell).  But it can be hard to do in practice. Show too much, and it become a tedious “and then I…and then I….” story, or tell too much and become an annoyingly preachy sermon. Study stories that work in that regard, and emulate that balance. Tim Cahill was my early model of someone who wrote great personal adventure stories that also educated you.

Congratulations on your recent SATW Gold award for an article you wrote. Can you quantify what being recognized like this has meant to your career when you’ve won big awards and gotten into book anthologies?

Well, the awards and anthologized pieces have impressed family and friends, but haven’t exactly resulted in a flood of big book deals. The awards have been good for creating a legitimacy for myself as a writer, and made me stand out from the crowd when I’m pitching a piece to a new outlet. They’ve helped to make people listen to me, but I still better have to have something worthwhile to say. 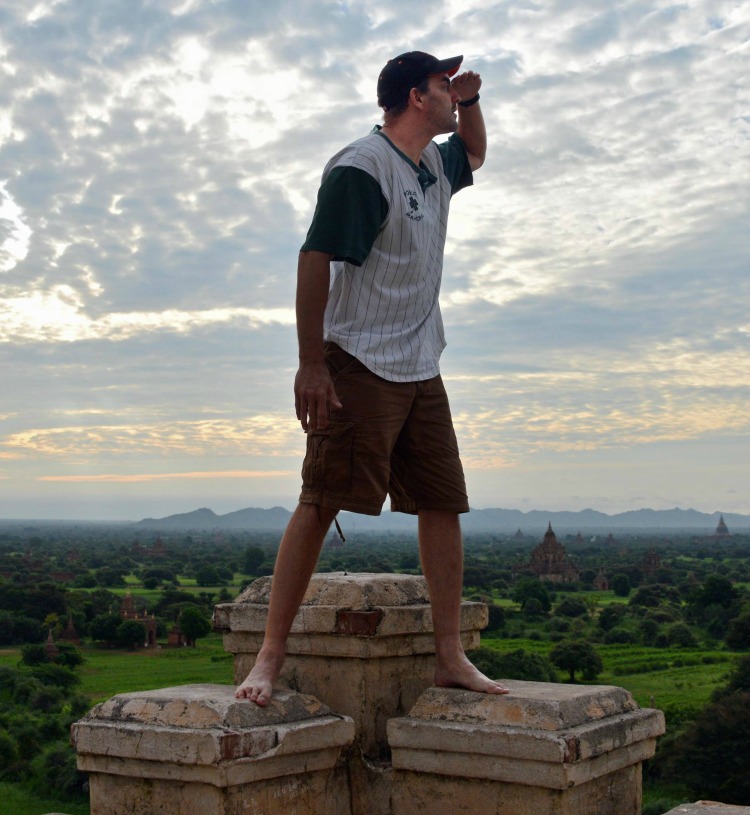 Someone who has never gotten a travel article published plies you with drinks and asks for the secrets to getting their first article of many published. What do you tell him or her?

Study the publication where you’re pitching your article–tell them why it’s a perfect fit for whatever section, show how it’s similar to another piece that did well for them. They’ll probably ignore you anyway, but don’t take it personally. Keep at it. Work on your craft of writing, and work on your sales/marketing skills at the same time–they’re equally essential for success.

Bill Fink has had hundreds of his tales of adventure and misadventure published in over 50 outlets, including National Geographic Traveler, AFAR, BBC Travel, Yahoo, San Francisco Chronicle, Chicago Tribune, Lonely Planet’s Best of Travel Writing, Frommer’s, and of course, International Railway Traveler Magazine. His writing has won a bunch of awards including two SATW Lowell Thomas Golds, and shortlisting in the Best American Travel Writing. He has lost his iphone charger in probably 20 different countries. You can follow Bill’s adventures on Twitter and Instagram @finktravels