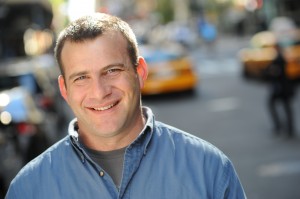 Joshua Berman can tell you how to navigate Nicaragua: with the 4th edition of his award-winning Moon guidebook coming out this month, Josh knows Nicaragua’s best nature, nightlife, and nosh. Whether it’s finding the best restaurant in Managua, practicing Spanish, or just simply hiking up a volcano, his guidebooks on Nicaragua and Belize have become staples in Central American travelers’ backpacks. And as if updating his Moon guides, teaching Spanish, and raising a family in Colorado weren’t enough to keep him busy, he has also written for such publications as the New York Times, National Geographic Traveler, Budget Travel, and The Boston Globe. Check out his website here.

You were a Peace Corps volunteer and then a tireless guidebook writer, but you just became a father. How are you faring with this new chapter and what will it mean for your mix of projects?

Yeah, it was a little easier to quit everything and scour an exotic country for six months at a time when I was on my own. These days, I work part-time as a Spanish teacher in the United States, maintaining my writing career, traveling during my many breaks and sometimes, bringing my family to Central America during my work trips. Also, I contract out some of the research and legwork for my guidebook updates. Need a summer job?

The first step was joining the Peace Corps and being assigned to a beautiful tropical country on the verge of tourism with no useful guidebooks. My coauthor, Randy Wood, and I sent a proposal to Moon. We told them we were going to write the first comprehensive guide to Nicaragua and we wanted to do it for them. They gave us the job, then a few years later, they offered me Moon Belize when the original writer (Chicki Mallan) retired. 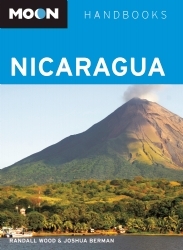 from now? How will your income mix change and what are you doing to adapt to the changing media landscape?

I’d like to move toward more narrative writing and less hotel-listing and fact-checking. Income from my blog is growing each year as my page rank strengthens, and I attract more advertisers, so I hope to maintain that. I hope I’ll be making the same or more from guidebooks, whether they go totally digital or not, though nobody has figured out the future of guidebooks. I also have the goal of publishing more narrative feature articles and less short, service pieces.

Have a strong web presence with a solid niche/expertise, whether that be a particular destination that you know very well, or an activity-based like voluntourism, beer, or basket-weaving. Develop a helpful, genuine platform and people will find you. 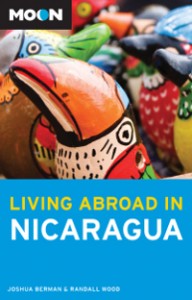 Second step: Plan your own adventure and go. Choose an interesting reason to travel to help decide your destination(s)—tracking down family roots, or retracing an adventurer’s steps. Or just get out and have fun, share your stories with your readers (on your blog and other publications if you can), but don’t expect travel writing to pay much for a while. To extend your time abroad, find creative ways to help finance your expenses — like volunteering for room and board, or working seasonally somewhere in your field.

You have written guides on Belize, but are best known as an expert on Nicaragua, which is not exactly a tourism powerhouse. How has that helped or hurt your travel writing career?

Nicaragua’s status as an unexpected destination has helped, 100 percent. Experiencing and documenting the birth of tourism in such a place planted me, from the beginning, as an authority (though this mainly comes from repeatedly pounding the pavement, inspecting each hotel, bus stop, cathedral, and volcano). Tourism has grown in Nicaragua for over a decade now, even during the recession, even with so much political uncertainty hanging in the air — major TV shows from all over the world continue to film there and the buzz is building. Who knows, perhaps Nicaragua’s edgy image will serve to limit the crowds, thus protecting its resources while at the same time, showing them off to the lucky few foreigners who decide to travel and live there. In this sense, Nicaragua has the potential to be a world leader in small-scale, sustainable tourism.

Joshua Berman is a guidebook author, specializing in Nicaragua, Belize, and volunteering abroad. His travel articles have appeared in the New York Times, National Geographic Traveler, Budget Travel, The Boston Globe, Yoga Journal, Outside Traveler, 5280, Worldview, and Transitions Abroad. New editions of his two Nicaragua titles are hitting bookstores this September, 2010: MOON NICARAGUA and LIVING ABROAD IN NICARAGUA (both Avalon Travel Publishing). Joshua lives in Colorado with his family, where he is also a part-time Spanish teacher.