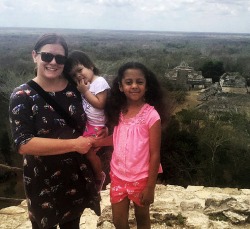 Julie Schwietert Collazo is a bilingual writer/journalist, translator, fact-checker, editor, and teacher Julie A former psychotherapist, she left her career behind and forged a new path with her husband, Francisco. Today they both maintain successful freelance careers while juggling the challenges of parenting three young children. She joins us to share her story and some excellent advice on paying it forward.

How did your freelance writing career begin and what has the journey been like for you?

I’ve always been a writer, but for the first part of my career, my work was focused on really helping people in profound need access and tell their own stories. I was a psychotherapist who specialized in creative arts therapy and, in particular, writing as a vehicle for self-awareness and healing. I worked with people who had histories of incarceration and addiction, people who were living with HIV, and people with severe, persistent mental illnesses. It was incredible work that was as transformative for me as it was for clients.

In 2004, just a couple years into my career and already the assistant director of a social services program, I was burned out – not on the work itself, nor on my clients, but on the bureaucracy of social work. I felt like I couldn’t do the work I knew would matter most. And so when my boss told me I was oppositional and asked how we’d ever be able to work together, I heard myself say, “We don’t have to, because I quit.”

Mind you, I had no savings and no Plan B. Thankfully, I didn’t have children then, either. But my partner (now my husband, Francisco) and I made a radical life change. We packed up everything and moved to Puerto Rico, where I got a job as a tour director for EF Smithsonian while I tried to figure out what I was going to do with my life. In the off-season, I realized I needed to get another job, and I found a travel writing gig on Craigslist—this was back in the days when you could find some decent writing jobs on Craigslist!

I really started my writing career, then, as a travel writer, but in the years since, I’ve really come to learn about myself that I don’t love what I call the “Come to sunny Florida!” writing (even though I still do some of it). I care about the history, culture, and context of the places I write about, and the impact upon the people and places I write about. Parachute reporting and writing became increasingly dissatisfying, so now I focus almost exclusively on the places I’ve lived and know the best: Puerto Rico, Mexico, and Cuba. And now, too, I think of “travel writing” much more expansively. Ultimately, every story is rooted in a place and “travel” writing doesn’t just have to be in glossy travel magazines. 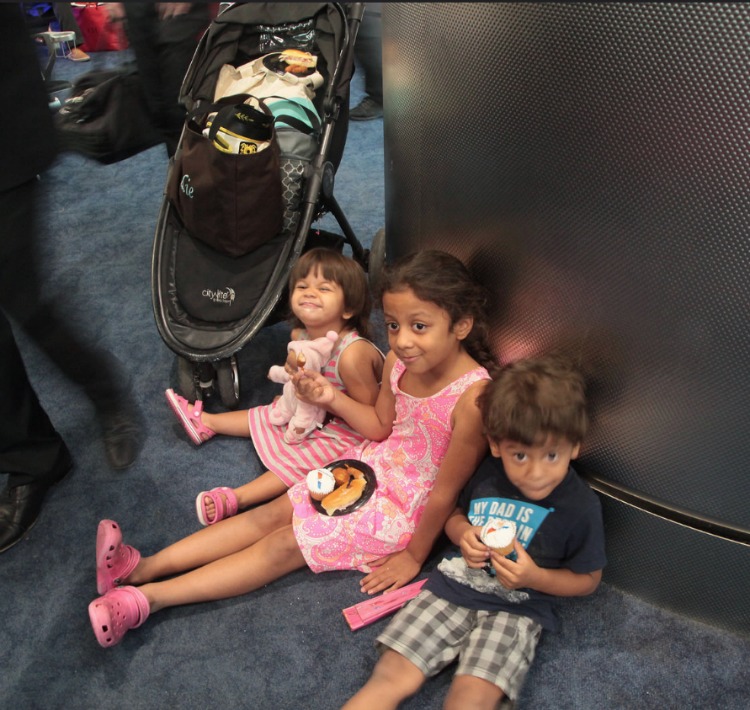 I understand you and your husband are both fulltime freelancers and full-time parents of 3 young children. How do you manage the continuously fluctuating priorities, financial challenges of freelancing, and demanding travel schedules?

We are! Every day is a renegotiation based on our individual and shared priorities and, of course, the needs of our kids, who are 8, 4, and 3. We wake up in the morning and have a “What’s your plan for the day?” conversation over breakfast. We do a lot of work together – not just writing, but also translation, fact-checking, editing, and, for one client, recipe testing. Every day is really different and we both have to be flexible about our roles. I usually drop our kids off at school and he usually picks them up, but if one of us has a client call or we’re on a tight deadline, we switch those roles pretty seamlessly. The schedule can even change in the middle of the day (this happens A LOT), so we have to be supportive of each other. There are a few non-negotiables, though, and those are that we all pitch in at meal time and that we’re all always home for dinner and for bedtime.

As for the financial challenges, the past few years have, fortunately (and knock on wood!), been full of work for us, and we’re financially stable. I’d be remiss not to mention, however, that this is largely due to the fact that a significant portion of my work right now is in content marketing/branded content, which generally pays better than editorial. I’m grateful for this work not only because it supports us financially, but also because I’m in the position to hire many writers, photographers, and designers and help them achieve some degree of economic stability in a moment when the publishing industry is in such constant flux.

In addition to your own freelance writing, you teach the How to Pitch Like a Honey Badger course with Writers.com and receive glowing reviews from past students. Without giving away your course secrets, can you share with us something you would say to your students to motivate them to take their writing careers to the next level?

I LOVE the writers who take my course because, without fail, every single cohort of students has been incredibly supportive of one another and, when they join our Facebook alumni group after the course, of the whole honey badger community, which is now several hundred students strong. I think that’s one clutch piece of advice when it comes to taking your writing career to the next level: Be generous. Be part of a community of writers. Want the best for them, as you want that for yourself, and work actively to find ways to support them. There are (too) many writers who hold contacts and opportunities and ideas close to their vest, worried that opportunities are finite. But my own experience, and that of my students, has really borne out the idea that the rising tide lifts all boats, and that when we’re generous with and supportive of colleagues and writer friends, it really benefits us all.

I’ll add another piece of advice: Don’t let anyone else set your benchmarks for you. A lot of writers look for external validation or they measure themselves and their success against their peers – these are surefire ways to ensure that you have an ongoing self-esteem problem or chronic imposter syndrome. Measure yourself against YOU and your goals. Celebrate others’ successes without envy. You have no idea how hard they worked or how many failures they experienced along the way.

These pieces of advice are really crucial to remaining emotionally healthy and successful as a writer – take it from a former therapist. ;) 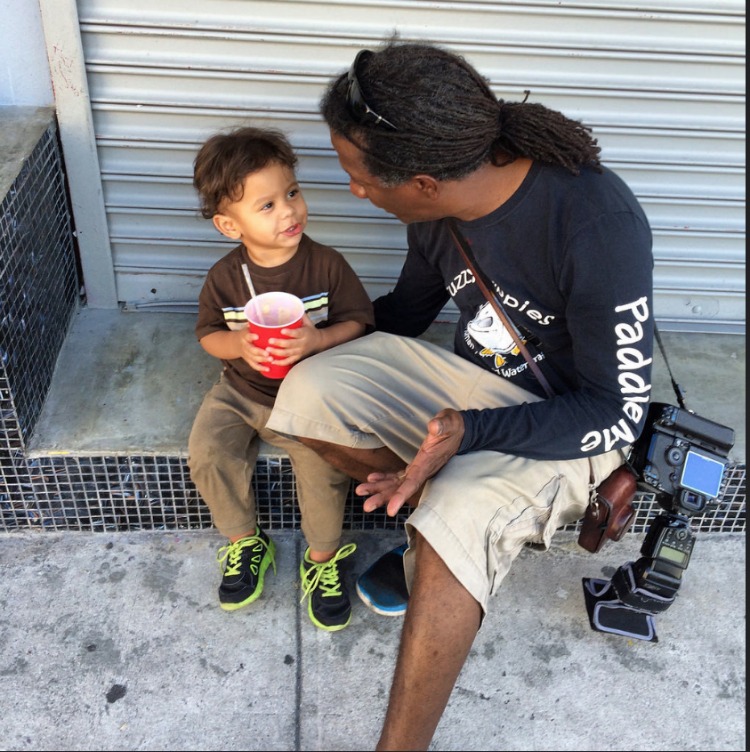 Your publication credits are long, varied and impressive. Is there an assignment or project that has been inspirational or one that has touched you personally?

So many! A relatively recent one is some reporting I did about Puerto Rico after Hurricane Maria. I wrote a feature for Columbia Journalism Review about the situation of Puerto Rican journalists being laid off by a major media corporation there, and sources wrote to tell me that the story was discussed at a union meeting and that journalists who were affected were so grateful that their story made it beyond the island’s own borders. I also wrote a profile piece for Teen Vogue about a young man who was fund raising to provide solar-powered devices to hurricane survivors, and that story was seen by a producer for Samantha Bee, who contacted me to do a segment on her show about the young man. These are the moments that make being a writer worthwhile—to know that a story had meaningful impact in some way.

I’ll tell you honestly that my contributions to other writers’ work have been as inspirational and touching to me as my own writing. As a fact-checker and a translator, I’m entrusted with the massive responsibility of holding others’ stories – and the stories of their sources – in my hands and making sure that what has been written about is factually accurate, as well as in the voice and spirit that are intended. Because of my expertise in Latin America, I’m often asked to bring that knowledge to bear on my fact-checking, too, and to flag for editors any characterizations that might, for example, put someone in danger. I’m deeply touched by the many sources who share their stories with writers in the hope that a wider telling will affect change. 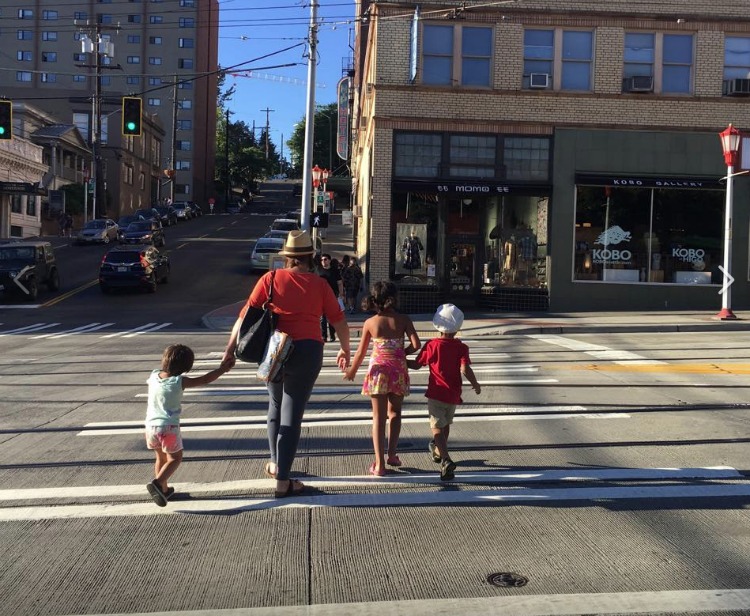 You’ve covered Latin America extensively throughout your career. Is there any destination within Latin America you’ve yet to explore that beckons to you?

Quite a few! I often say – and I’m not joking – that I could spend the rest of my life riding around Mexico and I’d be living my best life. And as well as I know Puerto Rico, there’s still so much more to know. The same for Cuba. I haven’t been to Peru, nor to Uruguay, Paraguay, Bolivia, or Argentina, and I’ve only been in the borderlands of Venezuela. So there’s a lot more I have to learn, and one lifetime won’t be enough for all of it.

What’s next for you in the coming year in travels and/or projects that you’re most excited about?

My travels lately have been pretty slow – with two (and soon to be three) kids in school, my travel time has been largely constrained to school breaks, which aren’t really conducive to the kind of deep dive work I want to be doing right now. There are so many stories I want to be working on that I just feel like I can’t do responsibly at this particular moment in my life. And that’s ok. Everything has its season, and I’ll get to them eventually.

Julie and Francisco are based in New York City. She has also lived in Puerto Rico and Mexico. Learn more about her work at www.CollazoProjects.com. Connect with Julie on social media on Facebook, Twitter, Pinterest and YouTube.