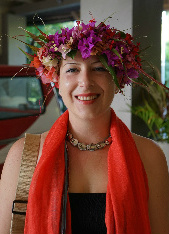 As editor of Intelligent Travel, National Geographic’s daily content platform, Leslie Trew Magraw has one of the most enviable travel editor’s jobs in the country.  We caught up with her to find out how she landed at National Geographic and what she loves about her job.  Leslie also shared with us her tips for pitching editors and developing relationships to keep them coming back for more.

First the obvious question: what was your path to get into what many would consider one of the greatest travel editor’s jobs you could find in the USA?

I like to say that I was a serial non-profiteer in my past life. I worked for two organizations (one dedicated to reproductive justice and the other to protecting endangered wildlife) as an organizer and writer for a combined total of 8 years. I wanted to get out of the political world in the most political place in America (that would be D.C.), so I went back to school to jumpstart a mini career leap into journalism, a long-time passion of mine. Best decision I ever made.

After earning my Master’s from Northwestern in Chicago (love that city!), I moved back to the District and got my start working at National Geographic on a contract basis doing editing and digital production work for science and travel content. I took over the Intelligent Travel blog full-time soon thereafter and the rest is history.

A lot of it was timing and luck, but I think I more than earned my spot on the team by going the extra mile and bringing creative, yet strategic thinking to decision-making. Managing the site and an aggressive publishing schedule involves juggling a lot of different and sometimes competing priorities and personalities. I think my background as an organizer has helped me immensely in that regard.

Nat Geo is unique in the fact that it’s a mission-based media company. I find it hard to imagine not working for a “cause” of some sort, so this has been a really strong fit for me. At this point, I’m getting close to my fourth year on the job. 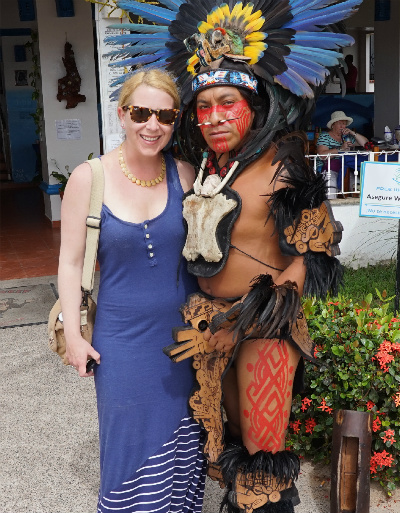 What really gets you excited in your job (even on a Monday)?

The chance to collaborate with incredibly talented (and industrious) writers. The prospect of inspiring people to embrace the transformative power of travel. The excuse to talk to fascinating people about their favorite places and experiences in this wide, wild world.

I love a good problem to solve and, in the end, that’s really what editing is. I also like to take calculated risks, and working in the digital space gives me a lot of room to experiment. I’m the type who likes to constantly improve and riff, so I like that.

My colleagues are great, too. The sheer diversity of expertise to be found at Nat Geo is without parallel. It’s also a hoot (and an honor) to encounter people like Sylvia Earle and James Cameron in the hallway. I think I take those things for granted sometimes, but I shouldn’t, because it’s quite remarkable.

I’m assuming one downside is you don’t really get to travel as much as the freelancers do, right?

Yes, that’s right. I do get to travel once in awhile, but I’m mostly chained to my computer as they say. The good thing is that I can do my job from just about anywhere, assuming there’s good Wi-Fi, so that gives me a lot of flexibility. The downside is that I end up working way more than 40 hours a week because it’s just so easy to!

The constant vicarious travel is fun, too, though. I always say I learn at least 20 new things each day, and that’s probably an understatement. The world is a big, fascinating place. 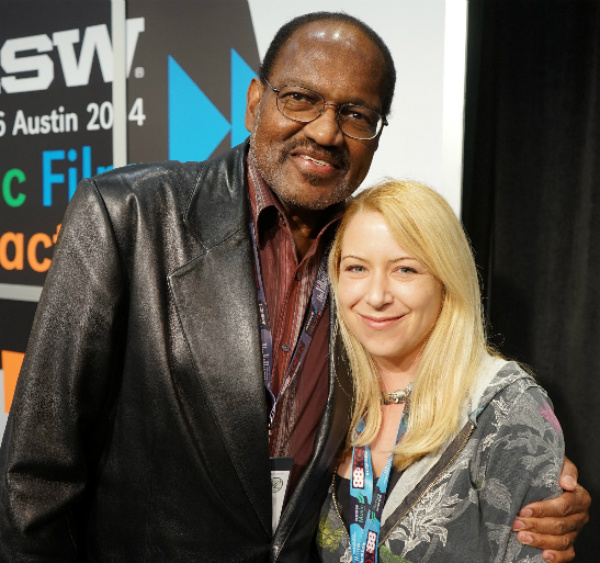 You were on the editors’ pitching panel at the NATJA convention Tim and I attended and there was a lot of talk about inappropriate pitches. What do the majority of writers do wrong when they approach you with an idea?

They’re overconfident or they assume an inappropriate casualness. If you don’t know me, don’t address me as though you do. Arrogance and confidence are different things. So are actual experience and smoke and mirrors.

My advice: Sell yourself, but don’t oversell yourself. Let your work stand for itself and be direct, concise, and polite. Don’t be a stalker. Sending one follow-up email is fine, even encouraged. (My inbox is overflowing on a daily basis and it’s impossible to keep up with the writers I already have established relationships with, let alone respond to cold pitches.) If enough time goes by, maybe send another. Maybe. Beyond that, you’ve crossed into the “annoying” category. No one wants to work with annoying. It also decreases your chances of being tapped on the merit of a future pitch.

Also: Pitch one idea at a time! Bombarding editors with 18 different story ideas is a great way to get ignored. We just don’t have that much time. Start small and earn trust.

The formula for an effective pitch is simple, really. Here it is: Write a short (1-3 sentence) summary of your idea that addresses these four questions:

Let me know if you have a particularly high level of familiarity with a place or topic. In fact, pitch me stories that get at those strengths. There’s nothing I hate more than writers that assume an air of authority when writing about a place they spent 24 hours in. Ick.

And what do the good ones do that makes you want to hire them and keep working with them?

They are familiar with the Nat Geo brand and the kinds of travel pieces we publish on our site and submit pitches that are good fits when viewed through both lenses.

They aren’t constantly pestering me. Attitude really is everything when it comes to getting in the door to begin with.

The writers I have long-term relationships with consistently turn in compelling, well-researched (i.e. not simply based on their opinion), and relatively clean copy. The best among them include sourcing and URLs for links, suggest heds and deks, and are savvy when it comes to social media, helping to drive eyeballs to their work.

Bottom line: No one wants to work with tedious people, or people who aren’t reliable or can’t follow directions. That’s a pretty universal thing, I think. 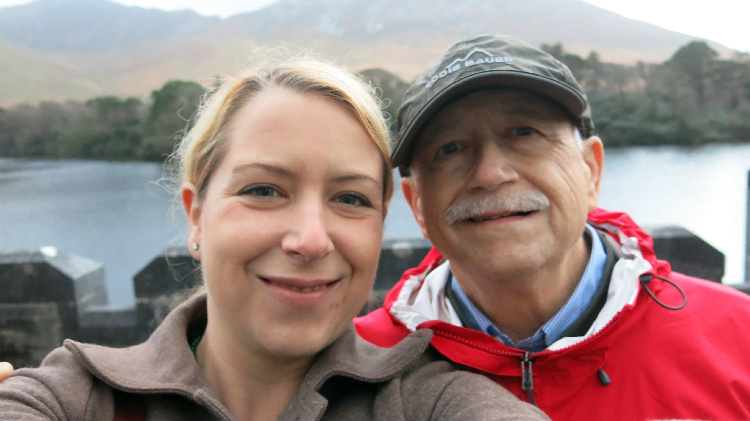 Tell us about a place you’ve been that doesn’t get covered much but should, or a place where you didn’t expect much but were surprised. What place has rocked your expectations?

The Cook Islands. I find island cultures fascinating, but I’d never before been somewhere so remote. (One caution: Avoid going if you dislike coconut!) Most of the people I encountered there were truly kindred spirits. Here’s a short blurb I wrote about my time in the Cooks:

“When I was studying abroad in the Czech Republic back in 2001, I met a Kiwi named Paul and we struck up a friendship that was to last for years. Periodically he would mention a place called Rarotonga, a stand-in for heaven on Earth, it would seem. So when I had the chance to travel there this summer, I wasn’t about to say no. Three musts: Devouring a mahi mahi sandwich from The Mooring Cafe at Muri Beach (grab extra napkins!), a cross-island trek into Rarotonga’s rugged interior with former pro surfer turned herbalist Pa, and an epic, five-hour “progressive dining tour” where visitors mingle with native Maoris (including tribal elders) at their homes, learning about their family life and culture while sampling delectable island staples such as coconut-curry ceviche, fried taro, and tropical fruit galore. Rarotonga may be a focal point in “the Cooks”—home to its only international airport, more than 70 percent of its population, and capital city Avarua—but there are more than a dozen other islands to explore. My favorite was naturalist’s dream Atiu. You won’t find arcing white-sand beaches here (head to Aitutaki if shore time is your priority), but you will be introduced to a unique echo-locating bird that makes its home in an enormous limestone cave, a passionate local known as Birdman George, the fascinating social ritual of the tumunu, and island life as it should be: simple and satisfying.”

Leslie Trew Magraw has been editing and producing Intelligent Travel, National Geographic Traveler’s daily content platform, for the past four years. She received her Master’s degree from Northwestern University’s Medill School of Journalism—where she specialized in magazine writing and publishing, video storytelling, and long-form narrative journalism—and her B.A. in Literature and Creative Writing from Trinity College in Hartford, Connecticut. She worked as an advocacy writer for Defenders of Wildlife for several years and considered natural science her beat before breaking into travel writing and editing. She is originally from Gettysburg, Pennsylvania. Follow her on Twitter and Instagram @leslietrew and @NatGeoTravel.