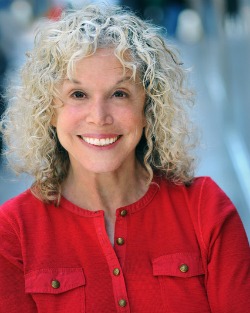 Margie Goldsmith has won 85 awards including SATW’s Lowell Thomas Travel Journalism’s Gold Award. She has hiked, cycled, paddled, climbed, run marathons, triathlons and adventure races and has been fluffed, buffed and puffed in 140 countries on seven continents and written about them all. She joins us this week to talk about her career, the changes she’s seen along the way and to share a little advice for other writers.

You’ve had a long, distinguished journalism career but you weren’t always a writer. Please share with us your story and what brought you to travel writing.

I always wanted to be a writer and started writing stories when I was eight. After college graduation, my parents told me I’d never make a living as a full-time writer. Determined, I moved to Paris to get away from the negative advice and wrote a novel, Screw Up which took six weeks to write, a year to revise and was rejected 18 times before Berkley Press published it. My parents had been right – it was impossible to make a living only as a writer, and my $3,000 advance wouldn’t last forever.

I took a job in a French post-production company and then became the creative assistant for a director who shot French features. Four years later, I returned to New York with my new film skills and joined a company which specialized in public service announcements and marketing films. Besides writing the scripts, I produced and directed the films.

One of the company’s clients was ASTA (American Society of Travel Agents). My job was to write and shoot their yearly Hall of Fame film, a filmography of four persons who had done the most to contribute to travel that year. The filming took me to Ireland and England and India and Japan – I fell in love with each new place and culture.

Ten years later, I formed my own film/video production company, MG Productions and continued to travel, write, direct and produce films. But I grew tired of traveling with a cameraman and soundman and twelve equipment cases in tow. I wanted to travel alone with just a pen and paper. I hired a producer for MG Productions and spent all my time writing. When I finally sold my first story to a magazine, I sold MG Productions as well and became a full-time freelance writer specializing in adventure.

So basically, I started as a novelist, became a film producer, then freelanced (as I still do), and now am also writing a non-fiction book, so I’ve returned to my roots. 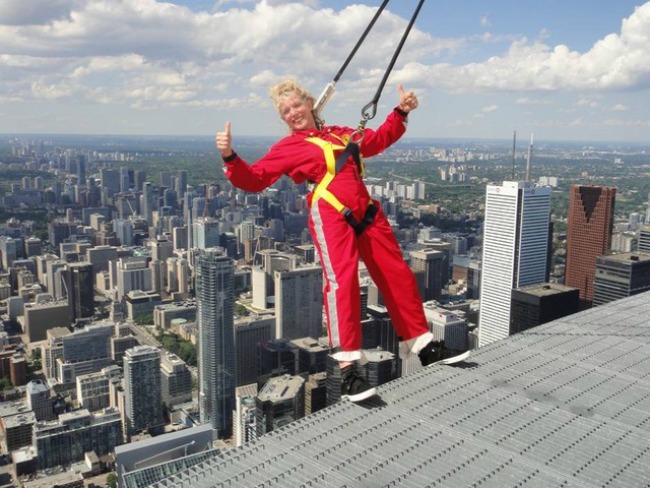 The travel writing landscape has changed significantly over the last 20 or so years. What are the biggest challenges you see for people trying to break into travel writing today?

It couldn’t be a worse time for those trying to break into print travel writing because so many magazines have folded and newspapers have cut their travel budgets. Every former editor is now freelancing, and with so much competition for ink, the biggest problem for newcomers is being noticed by editors. Obviously, an excellent query is as important as writing the story itself.

One way those who want to break into travel writing can get noticed is by going to one of the many excellent writers’ conferences where they can meet editors one on one. Knowing an editor personally is a huge leg up — which is not to say you can’t nail an assignment if you don’t know an editor and have a great query — but personal contact doesn’t hurt.

When I first tried to break into travel writing, I was told to find a niche – and I did: adventure travel. Then, an editor from a luxury magazine who was looking for a Scuba-certified writer sent me to Bermuda with four celebrities. Trust me, had I not Scuba-dived, I never would have been chosen. The assignment led to a long and fruitful relationship with the magazine. I was chosen because I was Scuba certified. If you have a special skill set- use it. If you are an expert on food or wine or sports or art, let the editor know.

An easier way to break into travel writing is to write for one of the many travel websites which do not pay writers or pay them very little. At least this is a way to get your name out there and develop a clip file, which you will need. Still, expect to get rejected both for print publications and online. If you nail one assignment from 20 queries, that’s excellent. 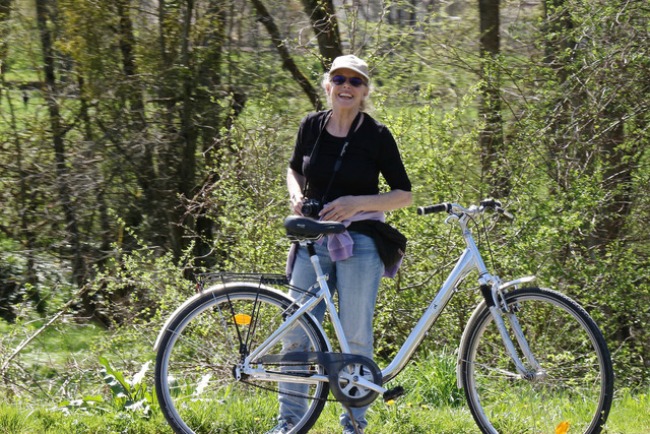 You’ve reached the point in your career where you no longer need to pitch editors to have steady work. Any tips for others who would like to get to that place?

Like everything else in life, writing is 99% perspiration and 1% inspiration. Don’t give up. If you really want it, go get it. I’ve been freelancing now for 20 years, and it really wasn’t until a short time ago that I was able to get to this stage.

Read newspapers and magazines and online sites for fresh ideas. Choose a publication for whom you want to write. Read as many issues of the publication that you can, and tailor your pitch specifically to them. Make sure your pitch is “wow” enough and make sure you explain why you are the one to write this story. Proofread and proofread your pitch again and again. And above all, spell the editor’s name correctly.

When you are rejected, pitch and pitch and pitch away to other magazines. If you put in the work, you will eventually see the results. But you have to have very thick skin because rejection is part of the writing game. Once you nail an assignment, one of the most important things to do is make sure you are clear about what the editor wants and then deliver your work on time or early. Be the go-to person to that editor. Show the editor that you are reliable and professional. 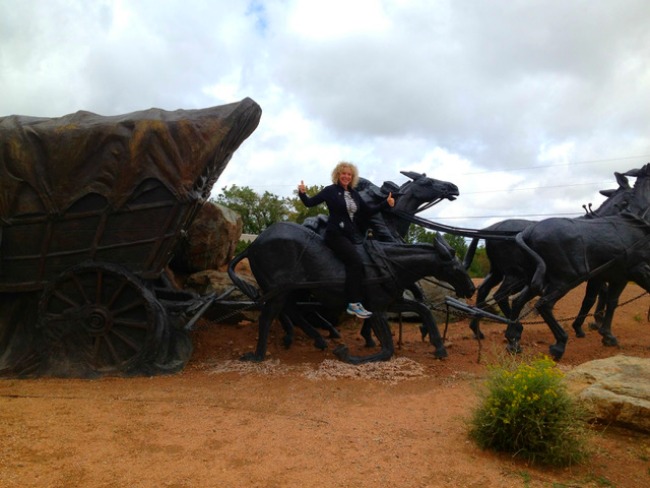 You’ve won an incredible number of awards for your work. If you had to choose one award or award-winning article that means the most to you, what would it be and why?

That’s tough. They’re like my children. How do I choose just one? I guess it would be “Truly a Seal of Approval” published by The Washington Post not because it was my first published essay, but because this was highly personal and the first time I’d ever revealed so much about myself. But for me it was a game-changer. I received dozens of emails from people telling me they’d read the piece and admitted similar experiences. Since then, I’ve written as many personal essays as I can because for me, they’re much more meaningful than talking about the latest five-star resort. 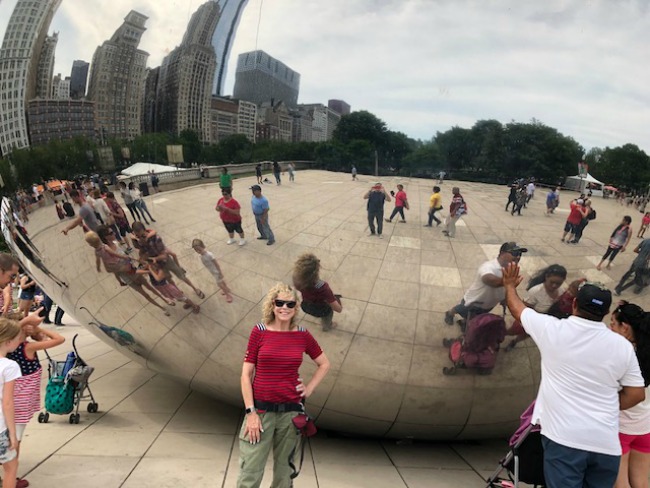 Your adventures have taken you all over the world. Can you share with us three of your favorite adventures and what made each one special?

I was in Morocco, staying at Sir Richard Branson’s Kasbah Tamadot, a former Moorish palace perched 4,000 feet up in the Berber countryside. One morning I went for a run down the steep hill outside the resort. Standing on the side of the road were two Berber women, each dressed in a head covering, long skirt, and slippers with pointed toes. Coming back up the hill, the women were still there. Each extended a henna-tattoo-covered hand. Were they stopping me? No! They wanted to run! I gripped their hands and the three of us charged up the hill, shrieking with joy. At the top, we doubled over in laughter and hugged like long-lost friends. While I can’t recall the color of my posh suite or the delicious Moroccan food I ate, I will forever remember the joyous shrieks and huge smiles of those two Berber women.

On a trip to Bhutan, a tiny country wedged in between India and China. I was hiking on the “main road” (a dirt path shared by rosy-cheeked mothers leading their toddlers on ponies, yak trains, and the groups of uniformed schoolchildren who all shared the path. Suddenly a group of about twenty 8-10-year-old school children raced towards me, touched my clothes, shook my hand, and gave me a private concert of every song they knew in Bhutanese. I recognized one tune I’d learned as a child, “Do Your Ears Hang Low” which is always accompanied by pantomimed gestures. I sang the song in English and taught them to pull on their ears, salute, and make an imaginary bow. Watching them imitate the gestures perfectly while grinning and giggling in glee was every bit as joyous as looking up to the 15,000-foot high snow-covered mountains.

On another trip, I went to Liss Ard Estate in Ireland’s County Cork, home to artist James Turrell’s Sky Garden Crater, said to be a transformative experience and the reason I chose to go. I lay on my back on the cold stone plinth artwork for at least 25 minutes, waiting for something to happen. Nothing did. Disappointed, I had dinner and went to the nearby village pub to listen to live music. The pub was empty except for a three-piece band. When I walked in, the guitar player asked whether I could sing. I shook my head. They started playing Paul Butterfield’s “Born in Chicago,” and I pulled out my harmonica. “I can’t sing,” I said, “but if you play in the key of A…” We jammed until after midnight. Maybe the Turrell artwork wasn’t a transformative experience but playing music with the Irish boys from Cork certainly was. 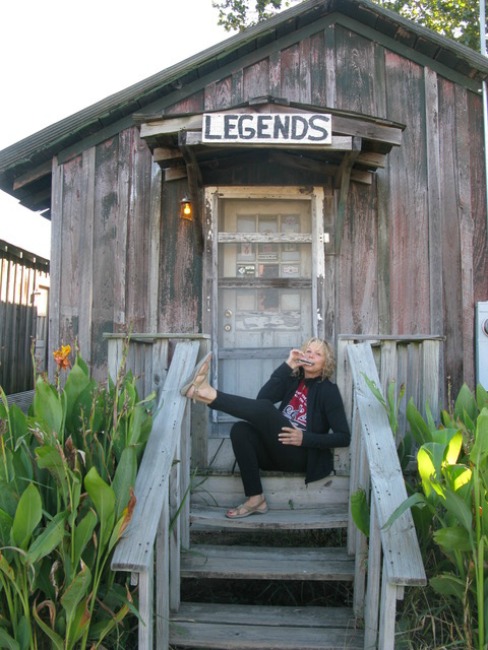 Margie is a Forbes.com contributor for Lifestyle/Culture and Travel and has a new museums column in Business Jet Traveler. Her publications include Robb Report, The New York Times, Wall Street Journal, Affluent Traveler, National Geographic Traveler, American Way, Travel and Leisure, Delta Sky, Hemispheres, Islands, The Globe and Mail, O the Oprah Magazine, Parade, Virtuoso, Coastal Living, and Outside among others. In her spare time she plays blues harmonica. You can see more of Margie’s work at www.margiegoldsmith.com.