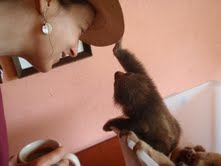 Paige R. Penland has a special knack for writing about culture south-of-the-border: based in Granada, Nicaragua, Paige has covered the likes of Costa Rica, Mexico, Nicaragua, and El Salvador for publications like Lonely Planet, Explorer’s Guide and Luxury Latin America. She has written and edited over a dozen guidebooks, each one reveling in the complexities and eccentricities of the Central American region. Check out her website here!

You started out as an editor at Lonely Planet before getting assignments to research guidebooks for them. How did you get in the door there to start with?

I saw a “help wanted” advertisement in the newspaper (this was before such things had entirely migrated online), sent them an application, and interviewed for the position. I didn’t know anyone or have any special connections with Lonely Planet; they just hired me because I had several years of writing, editing, and traveling under my belt.

I would like to have a stronger online presence. After almost eight years living and working in Central America, and publishing half a dozen guidebooks to the region, I have more to offer readers than the average generic, crowd-sourced website. It’s time to offer that experience directly to the curious traveler.

I would have started building out a website much earlier on, and learned to do the coding and design myself. I would have protected my intellectual property more carefully, rather than just blithely signing away all rights to my work.

I usually recommend that would-be writers (in any field, not just travel) take editing classes, as that can be a reliable source of income while introducing you to potential publishers. It’s also smart to take courses covering the business side of the game – accounting, for example. 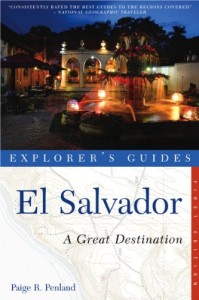 they had zero credits to their name. (Besides “Don’t do it”?)

That depends on the person asking. If it’s someone who romanticizes the profession, who thinks that they will make thousands of dollars writing one article about their free week at a spa, I’ll try to warn them away with hilarious tales of discomfort on the road and surviving below the poverty line.

But if it’s an adventurous, organized person with writing skills, an aptitude for languages, and travel experience, I’ll encourage them. Hey, someone’s got to do it, right? And travel writing isn’t exactly rocket science.

My standard advice is not groundbreaking. Begin by writing stories for travel websites, free weeklies, and other low-paying publications that are looking for cheap (or, more often, free) content to place between advertisements. Build a website and start blogging your stories. Study your target market, read good books, learn another language, and take long, research-oriented vacations in the regions you’d like to cover. Finally, collect your clips, and send your pitch to paying publishers.

As in anything, success depends on luck. But I know for a fact that a lot of people who want to be travel writers have never applied for the job, pitched the article, or started the website. If you want it, you’ve got to try!

Your work covers two countries that are off the radar of most tourists (Nicaragua and El Salvador), but you also write about super-popular Costa Rica. How is the day-to-day job different in those circumstances and do the finances–in terms of advances or expense allowances–make one easier than the others?

Costa Rica is a bit more expensive than either Nicaragua or El Salvador, but as long as you’re careful with your money, it’s easy to live anywhere in Central America. I currently reside in Granada, Nicaragua, about two hours north of the Costa Rican border, but I had no problem enjoying life on a travel writer’s meager budget in San José. The whole region is a bargain!

That’s why tourism is growing throughout Central America – travelers suffering from the global economic collapse, particularly US Americans and Canadians, are skipping pricey destinations in Europe and heading south. Costa Rica is enjoying expansion in the mid-range and luxury markets, while backpackers looking for lower prices can still find a US$6 beach shack in Nicaragua or El Salvador.

This has obviously been very lucky for me, although there are always challenges. My Great Destinations Guide to Costa Rica didn’t sell particularly well; I like to blame the 85 dedicated guidebooks to Costa Rica (at last count), including famous-name publishers like Lonely Planet and Moon. Despite this, however, my writing and coverage impressed key people, who have hired me to write for commercial websites, newsletters, and other profitable markets. Most have contacted me out of the blue, with raves about the book. That’s a great feeling.

In the meantime, my Explorer’s Guides to Southwest Nicaragua and El Salvador, with considerably less competition, are both selling quite well. Unfortunately, there are still very few businesses, in either country, with the budget to pay a professional to write for their websites and Facebook pages. That will change as tourism grows, however, and hopefully they’ll think of me when they decide to look for a professional wordsmith.

Paige R. Penland is a Nicaragua-based travel writer specializing in Central America and Southern Mexico. She has written a dozen books and scores of articles, and is always on the lookout for more challenges and opportunities. Drop her a line at paigerpenland [at] hotmail.com or visit her website here.