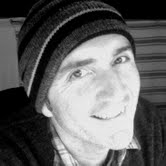 Peter Moore left his advertising job to pursue his love of travel–and his decision certainly paid off! Seven narrative travel books later, Peter has no regrets. From titles like Shitting in the Toilet to Vroom with a View, this Aussie writer isn’t afraid to do or try anything! Check out his website here!

How did you “break in to travel writing”?

My break was a long time coming. Back in 1991 I gave up my job as an advertising copywriter to try and combine my two loves – travel and writing. In particular, I wanted to go on grand journeys and write about them, like Paul Theroux did in The Great Railway Bazaar. So I set off around the Equator, travelling east to west from Bontang in Indonesia and ending up back there again 14 months later. I wrote an account of my journey, sent it off and was promptly rejected by every publisher on the planet.

This was before Bill Bryson came along, so I was told that travel didn’t sell. Or conversely, that I wasn’t famous enough. It was the old Catch-22 situation every writer finds themselves in. I went back to advertising with my tail between my legs.

I kept travelling, of course. I wrote the occasional article. And my big break eventually came with the birth of the Internet. I used the 1MB of webspace that came with my dialup account to create my own travel website. I called it No Shitting in the Toilet, after a sign I’d seen in China, figuring that if you saw it as a link you’d be compelled to see what it was about. 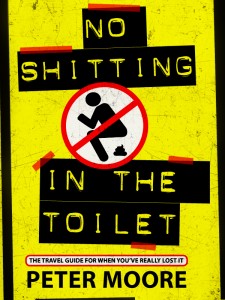 known, winning a few awards. The site was presented as a mock travel guide. Each week I’d put up a new chapter and top ten on things like accommodation, train travel, etc., mixing up my own travel stories with scurrilous advice.

The structure of the website suited publication as a book, so I dusted myself down and approached publishers again. I wasn’t famous, but I argued that my idea had been market tested on the Internet. I was rejected all over again.

But then I got my little bit of dumb luck that every writer needs and you only get if you persevere. I sent my proposal to Random House Australia just as a new publisher had been appointed. The previous publisher had been a very conservative woman and would have rejected a book with a title like No Shitting in the Toilet out of hand. But the new publisher, Shona Martyn, had been employed with the brief to shake things up a bit, and my book was a perfect fit. The first two books she published was No Shitting in the Toilet and Hot Sex by Tracy Cox!

The book did well. I had my foot in the door. And I was able to shimmy across into doing what I originally set out to do – go on grand journeys and write about them. Seven books later I’m still going!

What have been the keys to your success?

I think perseverance. After being rejected, I stepped back and approached things from another angle. When that didn’t work I tried another. Eventually I got my bit of dumb luck and I got ‘inside.’ I was also lucky that my first book did well enough for my publishers to want to publish another one.

I write books ­­– travel narratives – so I think what happens to me is going to influenced very heavily by what happens with regards to digital content. If publishing goes the way of the music industry, and content is easily accessible and pirated, I’m going to have a very hard job eking out an existence from my writing. Bands can at least make money touring. That’s not really an option for authors. 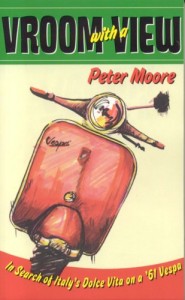 On the other hand, the potential is very, very exciting. I don’t think there’s been an iPod moment with eBook readers yet. Kindles and iPads are getting close. I also think people are going to start accessing content more and more from their smart phones. But I think at the moment people are focusing too much on all the bells and whistles and not on what people want to read and how they want to read it.

There’ll be lots of opportunities for travel writers there. But I think it’ll be just low paid, hack work, a bit like researching guidebooks now.  I’m more interested in how I can leverage the readership I’ve built up over six books into income in this new digital world. There are a lot of exciting opportunities out there and new ways of doing things. I just have to figure out how to impose my idea of travel on them!

To be honest, I wouldn’t do things that differently. The same obstacles still have to be overcome. How do you get published if no one will publish you because you’ve never been published?  How do you get your work in front of as many people as possible?

The exciting news is that there are so many more tools available to raise your profile and get your work out there. Things like Facebook, Twitter, blogging, self-publishing with Amazon, etc.

The most important advice I’d give someone is to do it because you love it. Accept that it all may come to nothing. But also know that even if you never get published you’ll have been on some incredible journeys and met some incredible people.

And persevere. I know I’m beginning to sound like a broken record, but these things don’t come easy. Stick with it.

Tell us about how you put together a narrative book. How much of it is mapped out ahead of time and how do you go about putting it together during and after your journeys?

I think I do things a bit differently from most narrative writers in that I don’t do much planning. I pick a Point A and a Point B and set off. I don’t go with too many preconceptions or plans and just take things as they come. I take photos. I keep a notepad in my back pocket to jot down dialogue I hear and a few important observations and facts. But generally I just head off and have an adventure.

Of course, my advertising background means that I’m aware of the need of a theme to hold it all together. But a lot of the time these themes reveal themselves as I’m going along. Or when I’m back home, reading through my notes and looking at my photos.

That’s how I do things. Like I said, I don’t think it’s the norm!

How much of your income is from book royalties? Do the foreign licensing deals have a big impact on your annual earnings?

90%? The rest is made up from the odd article or two and film rights. You’ll be amazed how even the most unlikeliest book will be optioned by producers.

One of the reasons I’ve been able to make a living out my books is that I sell all my international rights separately. I never, ever give a publisher world rights, only the rights for their particular territory. Two reasons. One, you can then get an advance from two or three different publishers rather than just one. Two, each publisher treats the book as their own, rather than something foistered on them by the London or New York office. They work much harder to publicise and market it because they have a stake in it.

Peter Moore is an Aussie travel writer with a funny way of looking at the world.  He has visited 101 countries and is the author of six travel narratives:   No Shitting in the Toilet – The travel guide for when you’ve really lost it (1997)  The Wrong Way Home – London to Sydney the hard way (1999)  The Full Montezuma – Around Central America with the Girl Next Door (2000)  Swahili for the Broken-Hearted – Cape Town to Cairo by any means possible (2002)  Vroom with a View – in search of Italy’s Dolce Vita on a ’61 Vespa (2003)  Vroom by the Sea – the sunny parts of Italy on a bright orange Vespa (2007). He currently lives in London and is working on his next book Blimey! – One man’s attempt to become a Brit on the side.