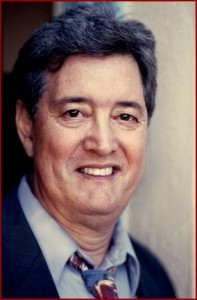 This week, Kristin met with Tom Miller over coffee in Tucson, Arizona. Tom’s illustrious career has taken him on treks through the US-Mexico borderlands, Cuba, Latin America, Africa, and Europe, and he’s been called “one of our best non-fiction writers” by the San Francisco Chronicle. His natural curiosity for stories has led him all over world, documenting the people, places, and stories that develop in unusual places. His newest book—an investigative tribute to Don Quixote’s lasting cultural influence—is in the works. To learn more about Tom, check out his website here.

Good morning, Tom! Thank you so much for meeting me today.

My pleasure! Fire away.

Since you’re a well-known book author, I’d first like to ask you about how digital publishing has changed the literary landscape. How do you feel things have changed for the better (and for the worse) in terms of opportunities to break through and make decent money as a working non-fiction writer?

Well, this is really two questions, isn’t it?

With new media, there are endless opportunities. If somebody doesn’t want to publish what you write, just publish it yourself! That doesn’t mean anyone’s going to read it, but there’s a wonderful level of satisfaction that you’ve got your piece out there. But then come the readers and the money—each step gets harder.

To be honest, I really don’t know much about the second question here (getting paid online). My favorite literary magazine, Guernica, is online, but they don’t pay, so it’s unlikely I’ll be writing for them. And, if I can even be more brutally honest here, my goal is to spend less time in front of a screen, not more. I stick to a few mags I like, and that’s it.

I can tell you a quick story, though. There used to be this online travel magazine in the 1990s called Mungo Park, which was put out by Microsoft, and each month they’d go to a different destination. They wanted me to devote a month to Cuba, so they flew me up to Washington for “internet indoctrination” and tried to teach me the ways of the new media. At the time, I just didn’t understand any of it. It was incomprehensible to me. Still, they sent me down to Cuba with a photographer (a digital one, at that), and I’d go somewhere, I’d write about it, and voila. The next morning it’d be live on the web.

The Cuban tourism people loved it; the State Security hated it. They even tried to sabotage us by limiting our access to the US, so the Microsoft engineer sent it to Canada and they sent it over to Washington. And there’s really no ending to this story, except that about 2-3 years later, Mungo Park folded. 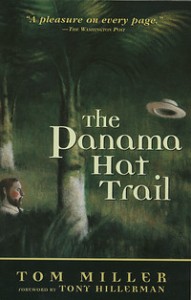 So you don’t believe in publishing for free on the internet? What about travel writing?

Who was the first person to call you a travel writer?

After I wrote and published On the Border about 30 years ago, the press referred to me as a travel writer and it just, well, kind of stuck. It’s been a good thing for me in terms of marketing myself, though there’s this connotation that travel writing is “nonfiction lite,” which is one reason why we should all stay away from embracing it too much.

How much of a difference has it made in your writing to be fluent in a second language?

A second language can be chemistry, accounting…having another specialty that you’re comfortable in. It might be sewing, who knows? It’s another something you can bring to the table.

But if we’re talking spoken language, knowing another way to communicate doubles your professional and social life.

How did you learn Spanish?

I started at a language school in Cuernavaca for 6 weeks. Since then, I’ve learned through reading books and traveling. I have huge gaps in my Spanish, but on the other hand, I’m very comfortable in it, and I don’t feel lost at all when I’m in a Spanish-speaking country.

One of my more recent books, an edited collection, called How I Learned English, deals a little with this question, by the way. It’s about all that baggage that comes with learning another language, and it’s another example of that slippery word “travel writing.” National Geographic published it because it’s about geography….but that’s about the only connection to travel. So is How I Learned English a travel book? A lot of people would like to think so, but in my opinion, it’s a pretty dicey thing to call something a travel book.

Marry up. Seriously. Your boyfriend is a poet, right? It’s not too late for him to get into hedge funds or something, is it? 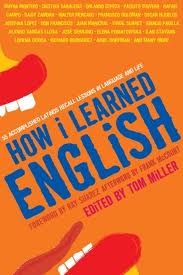 Kidding. Here’s what I really tell people: Don’t quote cab drivers or bartenders. They’re too obvious, too used to talking to foreigners.  Also, go by the subject, not the geography—let the subject guide the geography. If you’re interested, say, in how a panama hat goes from one country to another, you might end up in Ecuador. Don’t go to Ecuador looking to write about hats. Let the hats take you to Ecuador.

Oh, and don’t take junkets. This is another way of saying don’t be a whore. But, if you have to be, well, you know….I’ll understand.

Here’s a question from Tim: As he worked in the music business before becoming a travel writer, naturally he loves the fact that you compiled a collection for Rhino Records of 80 versions of one song: La Bamba! What is it about that song and how did you end up on that project?

Ah, La Bamba. If you trace the history of the song, the song came out of Veracruz in the 1600s—it was a song that came evolved from a mix of African, Caribbean, and European elements. So, interestingly enough, what is often considered a three-chord garage song is really a song that traces the history of the Western Hemisphere from the slave trade through Hollywood.

I remember when Ritchie Valens’ version of it came out in 1958—it was kind of a “latino Louie-Louie.” I loved it. I started collecting versions of the songs and reading up on the history and they started to intertwine…. I even stayed in a hotel named La Bamba in Oyo, Nigeria. Talk about a song coming full circle.

Let Tim know I’m still working on the collection—last year, somebody sent me a Hebrew version.

In an interview you did for The Rag Blog, you tell readers to be skeptical of “writers who talk of snow-capped peaks, bustling marketplaces where the beadwork is always intricate, and shy but friendly natives.” I love this! How do images like this become clichés? And how can writers avoid falling into this trap?

That kind of writing is just unimaginative writing—it doesn’t tell readers anything. I’ll go back to my seven-word mantra: To write well, one must read well. The more you read, the less you’re inclined to fall into clichés. You won’t see “snow-capped peaks” in any of the classics.

You should read Paul Theroux’s The Tao of Travel, which just came out last month. It’s a philosophy of travel, and is some of the best stuff he’s written. Sort of a collection of outtakes from a lot of his work put together really nicely. Great advice.

By the way, have you seen the play Our Town? Thornton Wilder?

Actually, I don’t think so.

Shame on you. I bet you’re the only American who hasn’t!

Thornton Wilder was a novelist and playwright—he won 3 Pulitzer Prizes. At the peak of his notoriety, he would speak everywhere. Then, in 1962, he says, “I’m getting out of here. I’ve had it with being a public intellectual.” Gets in his convertible (his one indulgence) and starts driving West. His car breaks down one mile east of Douglas, Arizona, so he checks into a hotel, goes to the hotel bar, and nobody asks him to give his opinion on E.E. Cummings or T.S. Eliot. He loves it. He’s so taken by this small border town that he rents a small studio apartment and stays for a year and a half.

So about five years ago, a guy from the Arizona Historical Society calls me up and tells me he’s found the perfect story for me about Thornton Wilder on the Mexican border. Normally when someone tells me they have a story idea for me, I run the other way. But I took this one on, because I was so intrigued with the intersection of mainstream American literature and the border. I pitched it to the Smithsonian and they assigned it to me.

The whole process—from start to finish—took about 3 years. Somebody could have done a piece in 10 days, but I had a healthy obsession with it: I went to Yale to the archives, I went to the Wilder literary estate, I went to Bisbee. Eventually the piece had to be cut  in half, but I was so pleased and relieved that they were going to run it that I decided to go ahead and let them do it.

All the first-person references were cut. And I had some great conversations talking to the bartender that were in the earlier version. If I were to put it into a book, I’d put myself back in there.

Moral of this story is: you write about the unusual, you won’t fall into clichés. Find a fascination and let it tell you the story. Why does every creative writing professor tell students to “write what you know?” Nonsense. If you do, it’ll be short and boring. Write what you’re curious about.

Where do you think that mantra “write what you know” came from?

Eh, who knows? I wish it’d go back where it came from!

Now, an interview with you wouldn’t be complete without talking about Don Quixote, which, by the way, is one of my favorite books. You’re currently working on a book in which you investigate the history and influence of Cervantes’ famous knight. Fill us in on the project and how it’s coming along.

Again, the subject is bringing me to the geography—not the other way around. Don Quixote has always fascinated me. After I read Parts One and Two, I started thinking about Cervantes, La Mancha, and the history of Don Quixote, and I realized there was a book in there.

As for the book, let’s just say I’ve started writing it, but it’s still very much in the initial phases.

Tom Miller has been writing about Latin America and the American Southwest for more than thirty years, bringing us extraordinary stories of ordinary people. Miller’s highly acclaimed adventure books include The Panama Hat Trail, about South America, On the Border , an account of his travels along the U.S.-Mexico frontier, Trading with the Enemy , which takes readers on his journeys through Cuba, and, about the American Southwest, Revenge of the Saguaro . Additionally, he has edited three compilations.