James Michael Dorsey is an award winning author, explorer, photographer, and lecturer who has traveled extensively in 46 countries. He has spent the past two decades researching remote cultures around the world. James has accumulated quite a resume. His stories have appeared in nine travel anthologies. He is a nine time Solas Award category winner from TravelersTales, and a contributor to their “Best Travel Writing, Volume Ten.” Most recently he won Nowhere Magazine’s  Travel Writing Competition. James joins us today to share his stories and some of his amazing adventure along with a bit of advice.

You’ve had an impressive career as a writer. Can you tell us a little about how you started out and what inspired you to become a travel writer?

I think of myself as a story teller rather than a writer due to a lack of formal training in the latter profession. I was a successful painter just coming off a huge show at the local art museum and feeling burnt out. I had wanted to try my hand at writing for some time so I decided to take a year off and give it a try. I had traveled my entire adult life and knew I had lots of stories but no knowledge of how to record them properly so I picked five writers whose work I admired and read them until I felt I understood what made them good and tried to apply that to my own stories. A year later I was out of the art loop but my stories were selling to outdoor magazines. I was 50 years old at the time. For the last 15 years or so you’ve focused on visiting remote cultures, mostly in Asia and Africa. What led you to choose those destinations and what can you share about your experiences?

To me there is sameness among the peoples of the Americas, Central Asia, Australia, and South Africa. Yes, there are cultural differences but they are not as extreme as those of Southeast Asia and most of Africa. North Africa is culturally the middle -east while most of the continent, though evolving, is still spear and loin cloth Africa. The ethnic and cultural differences just fascinate me as these are societies grown out of animism while the rest of the world has evolved on a Judeo-Christian model. These are also societies that have thrived for centuries with little or no written languages but are steeped in mysticism, ceremony and archaic lore. The opportunity to visit such people has instilled in me a sense of obligation to give such remote societies a voice, even though it is a rather small one through my pen. A great anthropologist once told me the final speaker of a language passes from the earth every week. I would like the world to know they existed. This has also provided me with a niche market as there are very few writers going where I go or doing what I do. Sometimes I am the final person to visit one of these societies before they vanish forever.

If someone close to you wanted to follow in your footsteps and devote his or her life’s work to travel writing, what advice would you offer?

I would say to think long and hard about it as a profession at this time in history. When I started there were a handful or serious professional travel writers, but now with the internet and smart phones, everyone is connected instantly wherever you are and everyone can take a 20 megapixel shot. That effectively makes every single traveler a travel writer and when I look at how many blogs there are now, that really seems to be true.   It is this proliferation that has lead once great publications like National Geographic to accept work from people on the street that they don’t have to pay anything to as opposed to those who have dedicated their lives to the pursuit. Follow your dream if that is your passion but have a plan B and an alternate source of income. 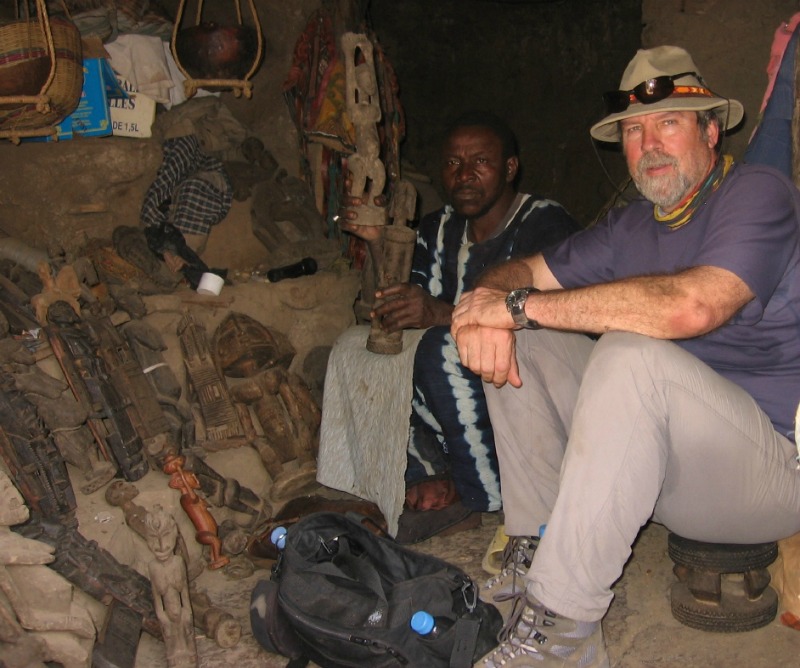 We all understand that relationships with editors are key to securing consistent work in this competitive business. What tips would you give for making key connections and building those relationships?

You have to understand that getting a piece published is collaboration and that means suppressing one’s own ego. A writer needs to accept input from his or her editor and realize the intent is to make the original piece even better. Once you get a feel for an editor, what they want and how they want it, you can become a team to take the work to a whole new level. An editor can make a writer look great or awful so the relationship must be professional at all times.

You have no doubt had some incredible experiences in your travels. Can you share with us a couple of your most unusual, frightening or rewarding experiences?

I was an unwilling participant in an exorcism in West Africa when local villagers believed I had been touched by the living dead in a voodoo ceremony. Another time I collapsed unable to breathe on the side of a remote volcano in the Ethiopian desert. Two weeks later I found out I had multiple blood clots in my lungs and should have died there. On the plus side, I have hunted baboons with a Stone Age tribe and have had pods of wild orcas escort my kayak close enough to touch. By far, my most memorable journey was riding across the southern Sahara of Mali with Tuareg nomads. 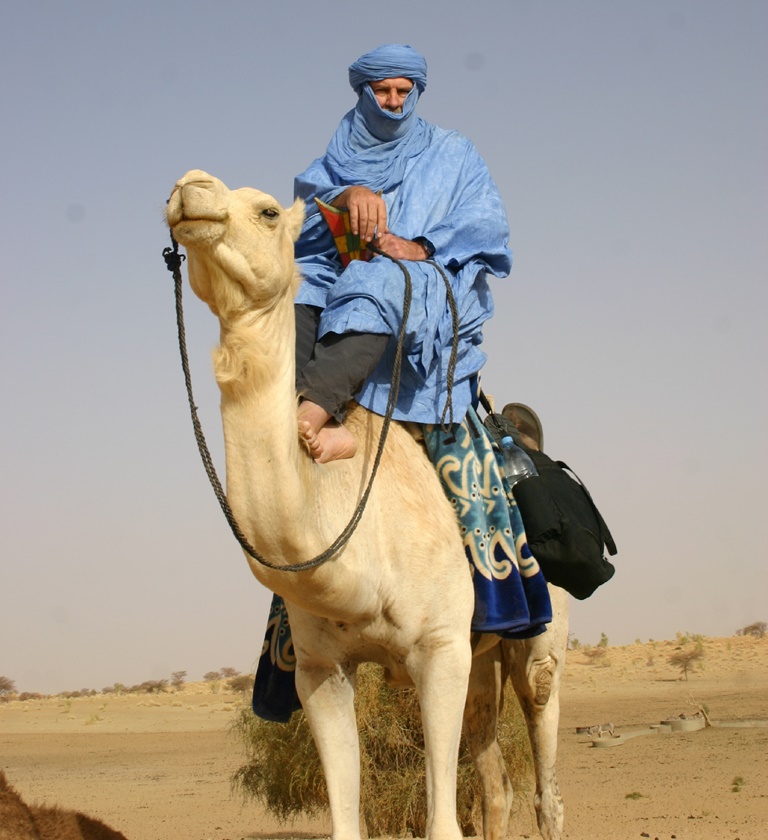 Over the years you have won a number of awards and had your work published in a wide variety of publication including Colliers, the second oldest magazine in the United States.   Looking back over your career, what are you most proud of?

I am proudest of re-making my life and following my dream at an age when most people are thinking of retiring. Colliers was a big one even though they are a shadow of their former self. They used to be a who’s who of American writing but went dormant for half a century. When they started publishing again I sent them a pitch and they asked for an essay of what it meant to be a travel writer. An interesting note about Colliers being the second oldest American publication; the oldest is the North American Review. When I was still painting I did illustrations for every issue of the Review for several years. I write fairly regularly for the Christian Science Monitor and United Airlines, “Hemispheres” magazine.   I have had many international publications of note but am most proud of my own book, “Vanishing Tales from Ancient Trails.” It is a collection of personal narratives and an inside look at some of the remote societies mentioned earlier. Now I am collecting my latest articles for publication of my third book. James Dorsey is a contributing editor at Transitions Abroad and frequent contributor to United Airlines and Perceptive Travel.  He has also written for Colliers, The Christian Scence Monitor, Los Angeles Times, BBC Wildlife, World&I, Wend and Natural History,  plus several African magazines. He is a foreign correspondent for CameraPix International, and a travel consultant to Brown&Hudson of London.   He is a fellow of the Explorers Club and former director of the Adventurers Club. James’ latest book, Vanishing Tales from Ancient Trails, is available on all major bookseller websites.