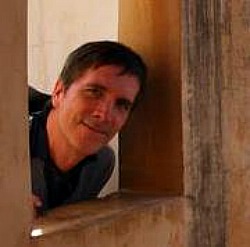 Dan Allen is a seasoned travel writer with extensive experience navigating the world of freelance over a 15 year career. I’ve had the pleasure of traveling with Dan on two European media trips and have the utmost respect for his point of view and dedication to his craft. He joins us this week to talk about his journey into travel writing, his advice for those interested in joining this travel writing gig, and what’s next for his career.

What initially inspired you to start travel writing and what has the journey been like for you?

Travel writing was never something I aspired to – it just happened out of a fortunate set of circumstances. I was writing news for The Advocate and in 2002 they needed someone to go to Sydney, Australia on a press trip to cover events of the gay games, so they sent me.

Once I got there I liked it…a LOT! It was a great opportunity, not just for the trip itself, but also as a start to travel writing. They had me journal the trip while I was there – and that gave me a taste of travel writing. All went well and within six weeks I was off to Brazil on another trip. After that, I was sent to Panama and it continued to snowball very quickly. I was hooked and the journey has been fantastic.

You’ve worked on a few guidebooks in your career. How did you get into guidebook writing and how does it differ from writing articles?

I was approached by Fodor to work on the Fodor’s Germany guide and I’ve also written my own guide book. There’s a big difference between article writing and guidebook writing. For guidebooks, the writing is typically very short blurbs about places, destinations, hotels, etc. You’re required to get as much information as you possibly can in less than 50 words – sometimes in 20 to 30 words. Some people don’t like it because you can’t be very creative, but I kind of like that. I enjoy the challenge of trying to maximize the information in so few words. Of course, a big part of the process is research and verification of current information to be sure you have the most up to date details about each property or destination.

If someone close to you wanted to enter the world of freelance travel writing today, what advice would you give them?

I often hear from friends that I have the best job in the world. And, to be completely honest, travel writing would be the perfect job if it weren’t for the virtual collapse of the old model of travel media and the steadily declining pay! But, since that is part of this perfect job, all of my advice to someone interested in pursuing this path would be financial.

Save money before you make the leap. Don’t have illusions of building a huge retirement fund and be prepared for delays in payment at times. I think we can all agree, the experiences are great, but not too many people get rich from travel writing.

Do you make enough money from travel writing to get by or do you supplement that, such as with writing on other subjects or doing corporate work?

I’ve been doing this for 15 years now, so I have several outlets I write for regularly. Along the way I have supplemented my income with copywriting projects – often for tourism boards. 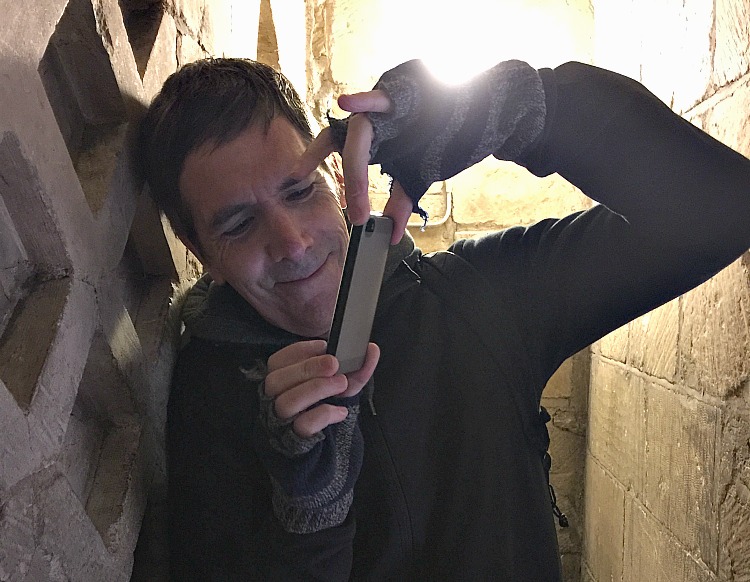 Having just moved back to Los Angeles, I have half-baked plans to get back into screenwriting. I’m also working on a couple of my own websites. In January 2015, I launched my site, Outlandic.com,  which focuses on LGBT culture from around the world delineated by films, music, books, and TV broken down by country. The idea for the site was prompted by a trip to Columbia. I was preparing for the trip and couldn’t find any resources about gay culture in Columbia.

After launching the site, it became clear pretty quickly that I had bitten off too much for one person to handle. I think it needs to be honed down a bit so I’m in the process of redesigning the site. I am also developing a new site which will cover LGBT history around the world – there are always stories to uncover that I believe will make destinations even more interesting to the LGBT community.

Obviously you’ve traveled to a number of countries throughout your career. How do you choose the trips you take and what are some of your favorite travel experiences?

I take a lot of what comes to me in the form of invitations for press trips. I’m an eager traveler so there aren’t many destinations that I would say, “I wouldn’t want to go there.” Some of my friends say I’ve been around the world, but in fact, there are big parts of the world I’ve yet to see.

As far as favorite travel experiences, there are so many. One that comes to mind is a trip to Kenya in 2008. There had been some recent shootings in Kenya following a contested election and tourism had suffered greatly. In an effort to reverse that trend, the tourism board invited 150 journalists from around the world. After traveling around the country on a safari and to Nairobi, we were in Mombasa on a Friday night for dinner at a castle. We were dining by candlelight at long tables – it was a fantastic setting. Someone found out it was my birthday so the entire group sang happy birthday to me. That was a very special moment.

Dan Allen is longtime contributor to numerous outlets around the world including TravelChannel.com, Westways, Yahoo Travel, The New York Post, Passport and Private Islands. He’s also the co-author of the Fodor’s Germany guide. A native of Michigan, he recently returned home to Los Angeles after a decade in New York and Berlin. Keep an eye out for Dan’s new project coming soon featuring untold LGBT history around the world which will be launched at benthistory.com later this year.