Home
»
bloggers
»
An Interview with David Nikel of Life in Norway 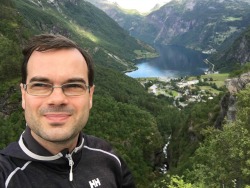 David Nikel moved from the UK to Norway in 2011 to pursue riches in the ICT industry but ended up taking the much more challenging path of freelance writing. Despite living in one of the most expensive countries in the world, he’s just about made it work. David is the publisher of Life in Norway, an authority website and podcast for those looking to live, work and travel in the Scandinavian country.

Start us off with your story. How did you become a writer? What was your motivation?

I’ve been fascinated by publishing since I was a child, when I used to put together photocopied “magazines” for my local village soccer club. When blogging came along I began a love affair that has lasted through to this day! The ability to be able to write what you want and have a potential audience of millions was just mind-blowing to me.

I only began writing full-time for a living in 2013. It got to the point where I was so frustrated with my day job and suffering from quite severe depression, that I had no choice but to quit. Writing was the only logical next step, and I was lucky enough to retain my former employer as a client. I wrote some training materials for them, which gave me a fantastic start.

I started the Life in Norway website simply so my family and friends could see what I was up to. The site grew and eventually I began adding resource pages and travel guides to it. When it became clear it was going to be about more than just my journey, I changed the title to “Life in Norway”. I wasn’t earning anything from the website when I quit my job, but the fact I had built an audience gave me the belief that I could make a go of life as a freelancer. 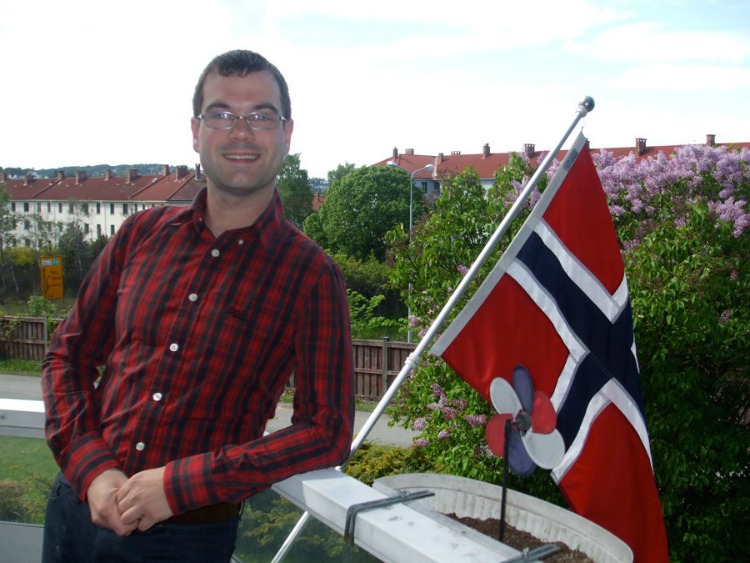 What prompted your decision to leave the UK and relocate to Norway? What has that journey been like for you?

My decision to move overseas actually had nothing to do with writing, and the fact I ended up in Norway was pure chance. I used to work as an IT project planner, taking well-paid 6-12 contracts generally for engineering firms. The contract market in the U.K. began to dry up so I expanded my search overseas. I ended up having to choose between opportunities in Riyadh (Saudi Arabia), Bern (Switzerland), and Oslo. Oslo was the only place I was able to visit during the interview process, and I spent the day wandering the streets. I liked what I saw, and three weeks later I had moved with two suitcases and a backpack in tow.

Six years later, I now live in Trondheim with my Mexican partner, work for myself, and travel as much as possible. The journey here hasn’t been at all straightforward and there’s been lots of bumps along the way, but I’m happy with the unique life we’ve managed to create for ourselves.

Your site serves as a resource for expats and others looking to relocate to Norway. I know you’ve put a lot of time and effort into the site to help it grow. Can you share with us what you believe is working best for you when it comes to growing the site?

It’s a difficult question to answer because what worked in year one is very different to what worked in year three, and what works now. One key factor that’s remained the same throughout the site’s growth is that I’ve focused on answering questions. Every time I receive a question by email (and this happens daily), I file away the question into an “ideas” folder, so I’m never short of article ideas for the expat sections of the site. This has led to some super valuable incoming links (none of which I asked for by the way, all organic!) that helped to seed the site’s good search rankings.

I also made a decision recently to merge my travel planning site into Life in Norway. The travel site just wasn’t growing, my focus was split, and many articles I was writing could’ve easily belonged on both sites. As a result, I’ve created an even more authoritative site for the long-term. 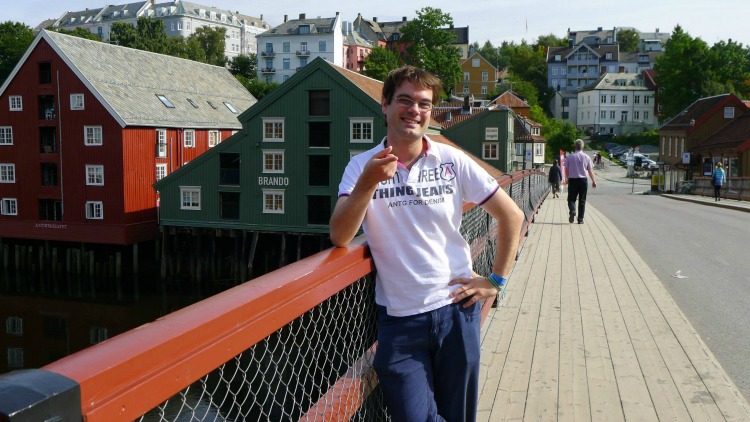 What key advice would you give to someone looking to start a site, build a steady following and begin to monetize it?

Think about monetization methods from the very beginning, even if you won’t be able to monetize until you get the traffic. For example, will you focus on banner advertising, affiliate marketing, your own books and courses, or something else? This will help you make better decisions on site structure and what content to publish. Don’t stress too much about this, because it can and will change, but getting this sorted in your head early on will help kick start your growth.

Another tip that you’ve heard many times before is to build an email list, but I have a slightly different take on it. Build an email list relevant to your monetization method(s). I have 4,000 subscribers to my weekly newsletter about Norway. Open/click rates are way above industry averages, but that’s because I segment my list into people living in Norway, and people in the rest of the world who might be planning to move and/or visit the country. Every week my emails drive more than a thousand page views, many of which are pages that are monetized with advertising or affiliate links, depending on who is getting the email.

Finally, the topic absolutely must be something you are interested in. I can write about moving to Norway and travelling around the country with authority, because I’ve done both! A friend of mine Chantae recently started a site for “women living an ocean-based lifestyle” called Salt Sirens. Not only is it a brilliant brand, it’s also super focused and about a topic that she lives and breathes daily. Our sites have a much better chance of building a loyal fan base than yet-another-travel-blog.com.

You recently completed a new guide book for Moon. What are the pros and cons of taking on a huge project like that?

The project was an incredible experience, but also one of the most exhausting and financially challenging projects of my life. I was paid a reasonable advance, but one that did not include travel expenses. Once I add up every single expense associated with my travels, I’m pretty sure I wrote the book for free. That’s not even including the opportunity cost of not being able to do much client work during that time.

Having said that, the launch has been successful so there is a probability of future royalties. It’s also opened many doors, both for travel writing and for client work here in Norway. A glossy full-color book about their country is the best business card I can possibly have when pitching my writing services to Norwegian companies. Also, I’m still developing articles from ideas I had on my travels, such as this one on driving to the North Cape for Perceptive Travel.

The book has been out for barely two months, but already I can see it’s going to be a turning point in my career. 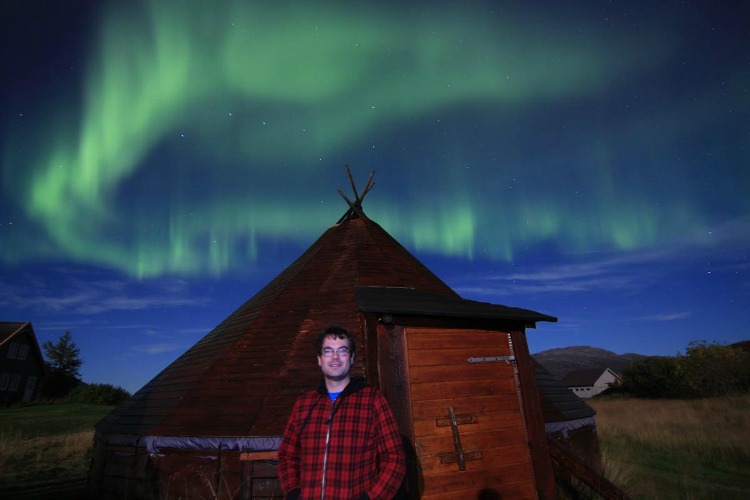 You live in arguably one of the most beautiful countries in the world, where in the world do you like to travel when you have the chance to get away?

It might be one of the most beautiful but it’s also one of the most expensive! Getting away is something even most Norwegians do a couple times a year, because we can actually save money by taking a vacation!

I visit the Catalonia region of Spain almost every year for its rich culture, history, and culinary scene, all of which is unique even within Spain. I am sad to see the conflict happening now, but I am not surprised because the Catalans are some of the most passionate people I’ve met anywhere in the world.

As I have a Mexican partner, we travel to northern Mexico most years too. I’m thoroughly enjoying the experience of learning about Mexico from a local’s perspective, such as what food people eat in their homes and how families celebrate Christmas.

Funnily enough, my bucket list is filled with places much closer to home. My maternal family history is tied up in the Scottish Hebrides and Orkney, both of which also have strong links to Norway. Despite the short distance, they are both difficult and expensive destinations to reach from Trondheim, but I hope to chalk off at least one next year.

David has written for AFAR, CNN Travel, and The Telegraph. He has appeared as a Norway expert on BBC radio and several podcasts and is the author of the first edition of Moon Norway. David also runs Words of Norway, a web content company that helps Norwegian companies do business in English, and provides him with a more consistent income. Connect with David on Facebook, Instagram, Pinterest and Twitter.