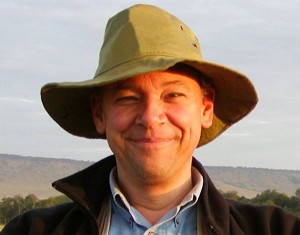 Don George wrote the book (literally) on travel writing. His book, The Lonely Planet Guide to Travel Writing, is the top-selling book on the craft of writing compelling travel stories. Don is also the editor of seven literary travel anthologies and recently started editing Words and Wanderlust, a new long-form narrative column at BBC Travel. Today, he talks to us about his career and what separates good writing from great writing. Enjoy!

You’ve had an illustrious career writing for a lot of well-known publications and companies. Can you point to one that’s been the most gratifying for you as a writer?

Well, I can’t single out one that’s been most gratifying; they’ve all been gratifying in different ways. The Examiner & Chronicle launched me as a travel writer and editor and blessed me with a wonderful community and expansive platform for more than a decade. The paper gave me astonishing autonomy, and I was able to experiment and grow as an editor, writer and traveler. I found my voice there, and my sense of an audience, and I was able to realize some of my deepest dreams. Leaping to Salon in the mid 1990s gave me the opportunity to help write the rules for online publishing — which of course keep being rewritten — and to push the boundaries of travel writing; some of the stories I commissioned there are among the pieces I most cherish to this day.

When I moved to Lonely Planet, I was able to expand my responsibilities and my arena: As Global Travel Editor, I was able to write a column for the website, to initiate a series of annual literary travel anthologies that is still being published (and edited by me) today, and to represent Lonely Planet to the public and the media worldwide as its global spokesperson. That was an extraordinary, life-expanding opportunity. And I was able to write Lonely Planet’s Guide to Travel Writing, which became my signature work and is my single proudest creation to date. Today, I’m lucky enough to be 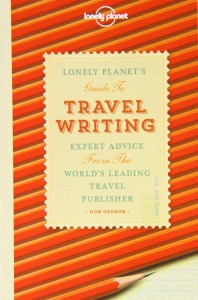 working as a writer and editor with both National Geographic and the BBC — two of the most respected brands in the world — with mandates to try to create truly significant work that grapples with deeper issues and aspires to higher standards.

You gave a great talk at TBEX North America this year on how you put a story together when you’re traveling. For those who weren’t there, can you talk a little bit about the five senses part since that’s something a lot of beginning writers seem to miss?

Thank you for the kind words. Regarding the five senses, I’ve been a travel editor for three decades, and one of the things I’ve noticed throughout these years is that writers are often quite good at capturing the look of things, but they tend to totally neglect the other four senses that we’re endowed with — and that we bring to every situation we experience.

So, what I’ve been telling my students for some years now is that you really need to pay attention to those other four senses and work them into your descriptions. In some cases you don’t even need visuals to convey a scene: Consider the raucous shouts, sizzling woks and garlic smells of a Chinese restaurant. Using all your senses makes a description so much more vivid. Of course, to write accurately about all your senses, you first have to keenly cultivate all your senses when you travel — listen closely, smell deeply, taste more carefully, touch the world around you. Living a richer sensory life is a great reward in and of itself — and it enables you to craft a richer sensory evocation of an experience too.

What else separates the really great writers from the average ones when it comes to how they research or what they do in a particular destination?

I think the really great writers not only live a travel experience as deeply, courageously and vulnerably as possible, they are constantly analyzing that

experience, trying to figure out what it means, what its lessons are and how those lessons are connected to the larger scheme of the world. And of course they’re taking copious notes on the spot, and engaging locals in conversation, and questing, inquiring, enthusing, probing, exploring a little deeper, and a little deeper again.

The joke when introducing you is that you “wrote the book on travel writing.” There’s a new edition of the Travel Writing book out now, so what has changed in this one compared to the first one you put out last decade?

Yes, I can’t take credit for coming up with that line — but I do like it! When the people at Lonely Planet told me a year ago that my book was the best-selling travel writing guide on the planet, I was stunned. When I first wrote it in 2005, I was just trying to pour in everything I’d learned in a quarter-century as a travel writer and editor, from both sides of the desk, as it were. In a way, I was trying to do exactly what I do in all my travel pieces: I was trying to figure out what I had learned on my journey as a travel writer and editor, and how I had learned it. Writing the book was extremely challenging and extremely fun. I thought if I did it right, I could help people become better travelers and better writers, and maybe help them avoid some of the painful mistakes I’d seen writers make through the years and adopt some of the practices that seemed to nurture success.

The first edition of Lonely Planet’s Guide to Travel Writing was published in 2005. The second edition came out in 2009. For the third edition, which was published at the end of 2013, I completely rewrote and significantly expanded the section on digital publishing, online entrepreneurship and social media. That was the major change between the second and third editions. But if you compare the third edition to the first edition, the whole world has changed! The role and the robustness of print media have changed drastically, as has the ability of individuals to absolutely bypass the traditional gatekeepers and publish and promote themselves online. In that one decade, the publishing model has been turned on its head — and as I try to make clear in the new edition, that brings new opportunities and new responsibilities.

Speaking of a decade ago, you spent a lot of time at Lonely Planet, which was bought by the BBC and then sold to a private equity firm (for far less money) after that. What’s in your crystal ball for the future of guidebooks, travel books, and centralized traditional publishing companies? 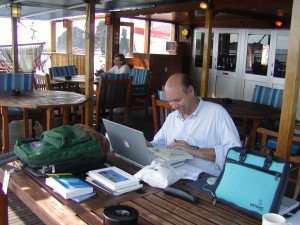 Wow! That’s a big question…. I left Lonely Planet shortly before it was sold to the BBC, but I still edit a book a year for them and I still have many friends there, so I have some sense of how LP is evolving. LP is certainly expanding its digital platform and offerings and its video potentialities. But it has broadened its non-guidebook printed publications too. So it’s expanding in multiple directions, I think, testing and evaluating a spectrum of possibilities, while at the same time trying to figure out how to meaningfully template its guidebook products so that print and digital creations are seamlessly synched.

More broadly speaking, in terms of guidebooks, there’s no question that the instantaneity of information sharing today has profoundly changed the guidebook landscape. But there’s information and then there’s expertise and reliability. Guidebook companies can still claim and cultivate the latter two. LP, for example, still has a pretty fervent tribe of fans and followers who appreciate and trust its perspective, values and voice. Will these last over time? This is pretty murky to me, but I lean towards thinking that their power will diminish over time and that the longtailization or nicheification of guidebook-type travel information will increase. But the interplay of technology, travel and trust is constantly changing and it’s extremely possible that some unanticipated technovation will change the landscape drastically again. In other words, my crystal ball might better be a crystal flute — in which case, could you fill it with some of that champagne?

As for travel literature, I think storytelling is one of mankind’s most ancient and most powerfully enduring impulses, and I think great travel tales will continue to be told and shared on the page and on the virtual cave wall long into the future.

There’s been a lot of moaning about there being fewer and fewer print outlets out there for narrative long-form travel writing and much of it has moved onto the web. Tell us about the new project you’re heading up with the BBC. 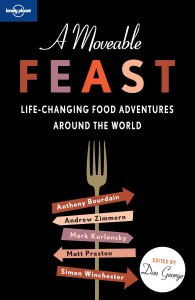 I was exhilarated about a year ago when an editor at BBC Travel contacted me and said that they wanted to start a section devoted to great, longform travel narrative. My whole editorial life has been devoted to nourishing and publishing great longform travel narrative, and so when the editor told me that they  wanted me to own that section and to make it as outstanding as it could be, it was a dream come true. As of early February, we’ve published six pieces, ranging in length from about 2500 words to 7000 words.  We’ve had a mix of established masters, including Pico Iyer and Stanley Stewart, and emerging talents Amy Gig Alexander, Candace Rose Rardon and Jenny Walicek.

We’re looking to publish stories that are essentially about falling in love with the world, accounts of trips that rekindled a sense of wonder, and raised and answered life-changing questions. It’s absolutely thrilling for me to be assigning and editing these pieces that get at the very heart of why we travel — and why we write travel stories.

You’ve just won the lottery and have a pile of cash you can use to travel wherever you want in the world, with whoever you want to take along. Where would you go and why?

This is a mind-boggling question. Let’s say that pile of cash is so big that not simply can I go wherever I want in the world, with whomever I want to take along, but that I can take a year off from all the monthly writing and editing responsibilities that support me. In that case, I would travel slowly around the world, visiting a mixture of the places that have changed my life — France, Greece, Japan, Bali, Australia — and places that entice me and that I haven’t yet visited: Bhutan, Tibet, Vietnam, Laos, South Africa, Brazil, the Amazon. I would have a constantly changing caravansary of family and friends with me: It would be a magical moveable feast!

National Geographic has called Don George “a legendary travel writer and editor.” His book, Lonely Planet’s Guide to Travel Writing, is the best-selling travel writing guide in the world. Don is Editor at Large and Columnist for National Geographic Traveler and editor of BBC Travel’s Words & Wanderlust section. He’s been Travel Editor at the San Francisco Examiner & Chronicle, founder and editor of Salon.com’s Wanderlust travel site, and Global Travel Editor for Lonely Planet. Don is the co-founder and chairman of the renowned Book Passage Travel Writers & Photographers Conference. He speaks and teaches regularly at conferences, corporations, and campuses around the world, and is frequently interviewed on TV, radio, and the web as a travel expert.