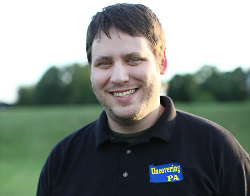 Jim Cheney didn’t start out as a writer, he started as a traveler.  But his traveling reports home to family and friends spurred his interest in writing and he has managed to forge a successful travel writing career by using the knowledge he acquired along the way.  Jim launched UncoveringPA.com two years ago and has been successful at continually building the site. He joins us today to talk about how it all started and the keys to his success.

How did you get started as a travel writer and what do you think are the keys to your success to making a living as a writer/editor?

I’ve been interested in writing for a long time. My first experience writing a travel blog was when my wife and I took a 6-week trip to Europe in the summer of 2006. In the days before everyone was on social media, the blog made a convenient way to keep people up-to-date with what we were doing. It was never intended for anyone more than family and friends, and I’m pretty sure they are the only ones that ever readit.

My next foray into travel blogging came in October 2011 when I started Tripologist.com. At the time, I was living in South Korea teaching English, and there were very few resources for expats traveling the country. My original goal for the site was to simply share the places I was visiting and encourage other expats to get out and enjoy the country.

When leaving Korea, my wife and I decided to travel for six months through Asia. At that point, my goal shifted to gaining skills that would help me in a future job, so that potential employers didn’t think I was screwing around for a few months.

Truthfully, I never got into blogging to make it a career. It was simply a way to share my experiences with others and gain business-related skills. However, I think in many ways, that has helped me become successful. I’ve always treated blogging as a professional endeavor and had a specific goal in mind.

Once I did start to think about blogging as a profession, the key was patience, persistence, and not being afraid to try something new. I put aside my two year old blog and started again from scratch because I had a hunch that I was on to something good with a destination specific website. 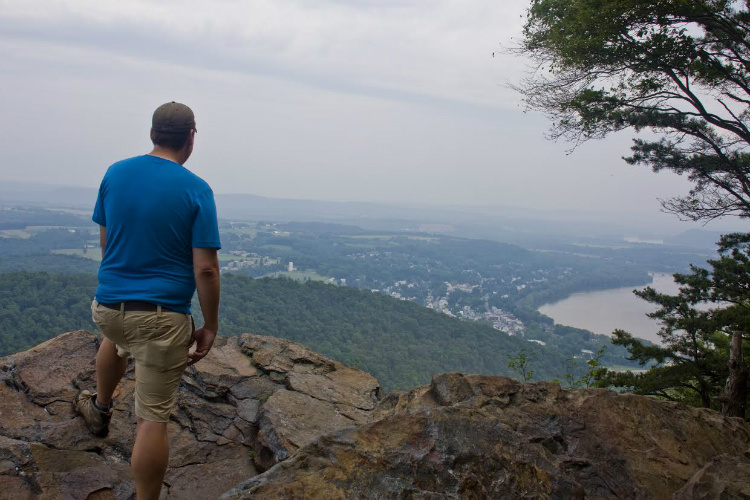 That segues well into my next question, for UncoveringPA you focus solely on Pennsylvania destinations. What are the benefits of specializing in a specific region?

Without a doubt, my decision to start a destination-specific site was the best decision I could have made with my blog. When I started writing UncoveringPA two years ago, there wasn’t a single blog that focused just on Pennsylvania (and there still isn’t). This allowed me to fill a gap in the market without having to worry about competition.

Focusing on a region also allowed me to work with visitor bureaus much more quickly. Because my audience was so specific, it was easier to show them how my blog could benefit them. Since starting the site, I’ve worked with almost every visitor bureau in the state and have developed quality, paying relationships with many of the local visitor bureaus.

For my audience, they know exactly what to expect. Everywhere that I write about is somewhere that they can visit, and many of them have. In fact, in my latest survey, conducted a few months ago, 88% of respondents either had visited somewhere because I’d written about it or planned to.

Do you use freelance writers for your website? If so, what do you look for in a writer?

At the moment, I don’t, but I do accept guest posts and hope to be able to hire staff writers in the future. When I accept guest posts, I always make sure that the writer has something specific to say, isn’t afraid to tell what they really think, and can write in a voice that is similar to my own.

Experience definitely helps, but I have no issue considering an article on spec from a writer who doesn’t have experience. 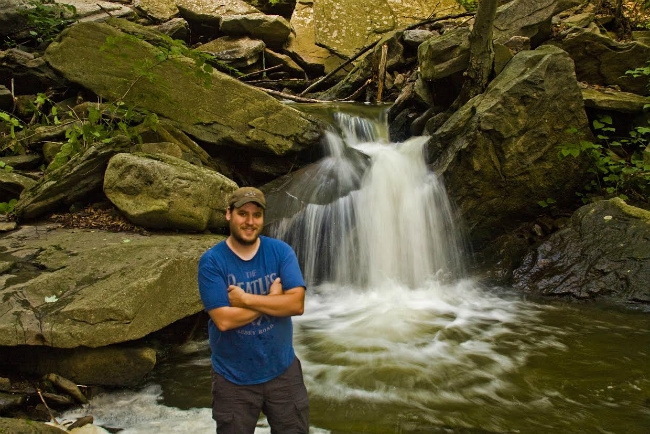 When I started UncoveringPA, I had the advantage of having run a travel blog for nearly two years. While that site has never taken it off, it gave me the knowledge and experience to know what to do and what not to do when starting a site.

My number one piece of advice to a new blogger is to think about why you want to blog and what you want to get out of it. If your goal is to make blogging into a career, pick a tight niche that you can make your own. After all, it’s much easier to be become a big fish in a small pond than it is to become the same in a big pond. If you want to write about budget travel, a very popular niche, you are highly unlikely to become the next Nomadic Matt. However, if you write about budget travel in Germany, you are much more likely to gain an avid readership and have the influence to become successful.

There are no shortcuts in blogging. Sure, you can run up large number of social media followers by only connecting with other travel bloggers, but if you really want to build a quality readership, it takes a lot of time and effort.

You have a weekly newspaper column. How have you found that opportunity has helped you build your brand?

I’ve been writing my weekly column in The Patriot-News for the last four months, and it can also be found on their website. To be perfectly honest, when the opportunity presented itself, I was much more interested in the online component, though it was pretty cool to be able to say that I was a newspaper columnist.

However, there is a sizable percentage of people, rightly or wrongly, that respect print writing much more so than online blogging. I think that it’s important to meet people where they are, and I know that I’ve had readers follow me specifically because they saw my newspaper column.

I think the column has also given me more credibility with brands and visitor bureaus within my niche. Not only does it give them another potential outlet for me to write in, but it also lets them know that I am a professional and not going anywhere. 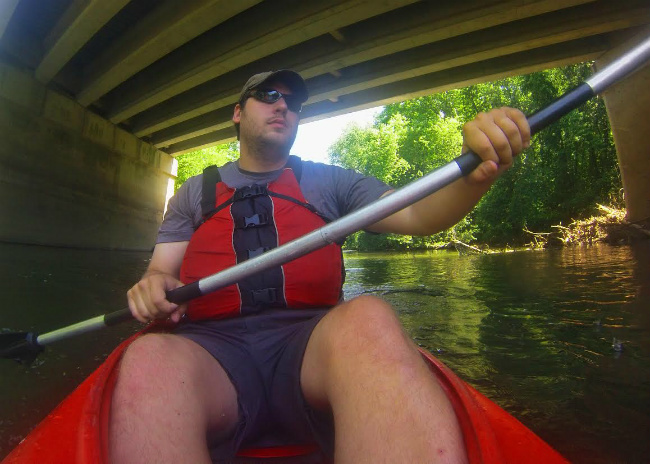 Your travels have taken you all over world. What are some of your favorite travel experiences?

Since I have so much experience in both world-wide and local travel, I’m going to have to answer this is two parts.

In my world travels, I’ve had amazing experiences all over the world, and I could easily list 100 things here. To just mention one though, I had an amazing time taking the Trans-Siberian Train from Beijing to Moscow, with stops in both Mongolia and in Siberia. The three weeks that I took for that experience might be the three most memorable weeks of my life.

In Pennsylvania, I enjoy finding the places that are really unexpected. I’ve come across world-class museums in the middle of nowhere and hiking trails that rival some of the world’s most well-known treks. One recent find was the Columbus Chapel and Boal Mansion near State College. Among the many amazing items here is a chapel brought in from Spain that belong to the ancestors of Christopher Columbus. Recreated exactly as it was in Spain, the chapel has several items that belong to the famous explorer.

Jim Cheney is a Pennsylvania based traveler, writer, and photographer. As a traveler, he has climbed over ancient temples in Cambodia, ridden the rails through Siberia, explored ancient man-made caves in Turkey, trekked to hidden mountain temples in South Korea, and so much more. These experiences helped him to understand the needs of travelers around the world. Now that he resides in Pennsylvania, he spends the majority of his time uncovering the best things to see and do in Pennsylvania and providing honest assessments to his readers at UncoveringPA.com.