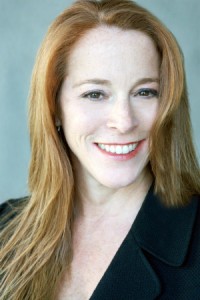 Kimberley Lovato left corporate America to become an award-winning travel writer and author. Today she talks to us about how she got her start as a freelancer, her recent Gold Solas Award and her goals for the future.

What was the first story you ever got published and how did you go from there to being a working freelancer?

Journalism was my first love, but I abandoned her after college.  When I was about 28 I quit a decent corporate America job and applied for a position as an entry level reporter at a local newspaper. So my first published piece was probably some cops and courts beat story that I can’t recall. Eventually I did write a lot of food stories for the publication and some lifestyle features. My first story published in a national magazine as a freelancer was for FitPregnancy magazine. It was a small piece about my first year of motherhood and overcoming postpartum depression. I have since lost the magazine in my many moves, but it was called “Out of the Dark.” If anyone has a copy of FitPregnancy stashed somewhere from the year 2000 or 2001, let me know!

You recently racked up a bunch of virtual medals in the Solas Awards sponsored by Travelers’ Tales. Tell us which win you were the most excited about and what the story was on.

It’s my story “Pretty Red” which won a Gold Solas Award that I am most proud of this year. On the surface the story is about traveling to Ireland and about being a redhead, but at a deeper l 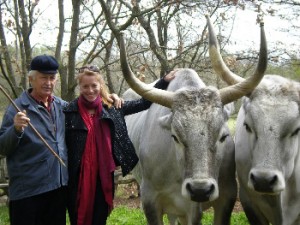 evel it is about my grandfather whom I was very close to, and who called me “Pretty Red” his whole life, hence the title. I absolutely adore that this piece won in the “Love Story” category because that’s what this story is about for me—my love for my grandfather and his love for his Pretty Red. A version of the story first appeared in American Way Magazine last March, then the full version was chosen by editor Lavinia Spalding to appear in this year’s The Best Women’s Travel Writing. And now it is a Gold Medal recipient from Travelers’ Tales. Wow. I couldn’t be more proud for people to read it, and I know my grandfather would be proud of it, too.

Do you make enough money from travel writing to get by or do you supplement that, such as with writing on other subjects or doing corporate work?

Travel writing is that job that everyone thinks they want until they get the paycheck. The perks are great, 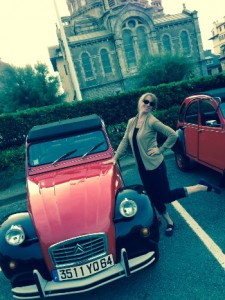 for sure, and I love every second of it. I get to travel, write, and meet people from around the world, which is probably my favorite part of the job. But to make a full time living is very difficult, at least for me. I am a true freelancer, meaning I don’t have a regular outlet that I can count on every month. I have to pitch EVERY story anew.  And I rarely, if ever, have an assignment before I take off. Thankfully I have a husband at home who supports my travel addiction and who pays the rent, which lets me focus on doing what I love, even if the money is only enough to pay for the next trip and maybe buy a round of drinks for my other travel writing pals.

I would love to become a more regular presence in the pages of magazines and respected blogs, with longer narrative features below my byline. If National Geographic Traveler would accept one of my feature pitches 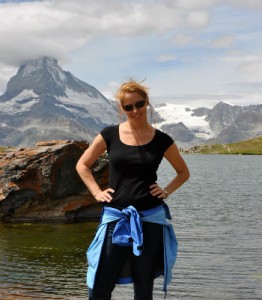 I’d be thrilled! Really though, and I know it sounds cliché but it’s true, my goal as a writer is always to be a better writer and story teller. To that end, I write something every day. Even if it’s 500 words or interview responses like this one. I joined a writing group this year, which gives me deadlines and challenges me not only to submit on a regular basis but also to be a careful and thoughtful reader of other peoples’ work. I find this an important part of developing as a writer, too, and oddly, I relish constructive critiques of my own work because it’s one step closer to having a great story. Lastly, I want to try new things as a writer. Recently a great editor, Kirsten Koza, asked me to take back a story I’d submitted to her and turn it into a farcical travel story. I had never done anything like that and had to look up samples of what farcical writing was. It was fun to channel my inner Lucille Ball as I wrote and push into new writer territory. It’s rewarding to realize you can do something new and not be half bad at it. Writers are hard on themselves, so these types of exercises are important. I also plan to cook more, but that’s another story.

You were one of my reviewers at Hotel Scoop for a while and have spent plenty of nights in hotels. If you could go back to any hotel or resort you’ve ever stayed in for three nights, all expenses paid, where would you go and why?

Whoa. This might be the hardest question yet. I have Eloise in the Plaza syndrome, meaning I absolutely love hotels and envied that fictional girl who lived on the top floor of New York’s Plaza Hotel. There are so many new hotels I’d like to rest my head in. As for favorites places I’ve stayed, it depends on my mood, I guess. The Astra Suites, for their location on Santorini, were pretty spectacular. I loved the view over the Caldera, and the island’s famous sunsets were unobstructed from the pool deck. I also liked the hotel’s position just outside of Santorini’s main town of Fira. To get to town, or anywhere, we had to meander through the pressed-together, white-washed houses, past tavernas and shops trimmed with flower boxes, up and down numerous stone stairways—I felt like I was on a scavenger hunt every day. Last summer I stayed in a tented camp in the Serengeti with &Beyond. That was otherworldly—to hear lions roar outside your tent on the vast plains of Africa! I’d go back there too. Like I said, I love hotels, but those stand out today.

Kimberley Lovato is a traveler and writer whose travel, food and lifestyle articles have appeared in numerous publications around the world. She is also the author of a guidebook about Brussels, Belgium where she lived for six years, and the author of a culinary travel book, “Walnut Wine & Truffle Groves,” about the Dordogne region of France, which was the 2012 Gold Medal winner of SATW’s Lowell Thomas Award for Best Travel Book. There are 500 of them in her garage, if you’d like a signed copy. Read more about her work at www.kimberleylovato.com