Home
»
bloggers
»
A Conversation with Angie Orth of AngieAway 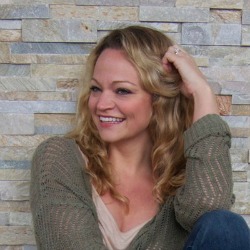 Angie Orth is a recovering agency publicist, the creator of AngieAway, a travel and lifestyle blog and digital media brand, and the producer and co-host of The Jet Sisters, a video series focusing on Millennial travel. Prior to leaving her public relations job in New York in 2010 to travel around the world, Angie was chosen out of 30,000 to be a top 50 finalist for Australia’s Best Job in the World campaign, and she was a finalist for Season 6 of The Apprentice. Angie has written for and been profiled by outlets including The Today Show, the New York Post, Cosmopolitan, Buzzfeed, Redbook, AFAR and Glamour. AngieAway.com was named one of Southern Living’s “30 Best Blogs to Follow.” She joins us this week to share her unique story.

Not all that many people have met both Donald Trump and Daniel Radcliffe in their first decade out of college. Give us a quick overview of what you did after graduation.

I also awkwardly followed astronaut Buzz Aldrin down a NY street, spouted quotes from “Dumb and Dumber” within earshot of Jeff Daniels, made a fool of myself in front of hip-hop artist Flo Rida and his entourage and dressed up like Sarah Palin to chat with Al Roker on the Today Show. Thank goodness my success in life has not depended on the quality of my celebrity interactions!

After I graduated from the University of Florida with my degree in public relations, I interned in Atlanta at an agency representing eggs, peanuts and pressure washers. Later, I took a PR job at another firm and worked on acne medicine and chicken farm clients. It wasn’t until I moved to NYC and took a position in the travel practice of a huge international PR firm that I finally hit my stride as a publicist.

Professionally, having a personal passion for my clients made a big difference in how I approached my work. Not surprisingly, chicken farms didn’t hold the same appeal for me as international travel.

I worked there for five fabulous years. I started my blog the day I moved to Manhattan to chronicle my adventures, and between focusing on travel at work and my personal desire to leave the city as much as possible during the winter, I evolved into a travel publicist/blogger hybrid. During that time, I was a finalist for Queensland’s Best Job in the World, which really clarified for me how much more I’d prefer to travel than write press releases. I worked with my clients to bridge the gap between traditional and new media, bringing some of them along kicking and screaming into the world of Twitter and Facebook. And I had a jarring experience when one of the journalists on a press trip I was leading died, which lead to some soul searching about what I really wanted to do with my life.

All these experiences percolated until I decided to leave my job for a year and figure out life while living nomadically and traveling around the world. 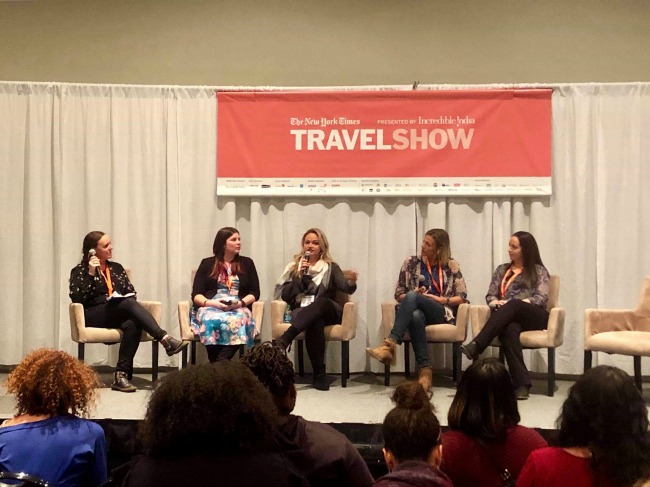 You worked in PR, which brought you in regular contact with the travel writing world. Once you started really blogging about travel from the road, how long did it take to start earning any money at it?

I never planned to make a career out of blogging. The plan was to take a career break, spend my life savings and then come back to New York and PR. After I did that, my blog had really started to gain traction, so I didn’t want to give up all the ground I’d gained and all the hard work I put in while traveling. I booked some social media consulting gigs abroad and continued traveling and writing in the meantime, and in those ensuing years I started to make a living. I should note that I never really stopped working on short-term PR projects so that income kept me afloat at times when blogging was slow. It took about two years before I was making enough to survive and live as a nomad and maybe another two before I was comfortable. 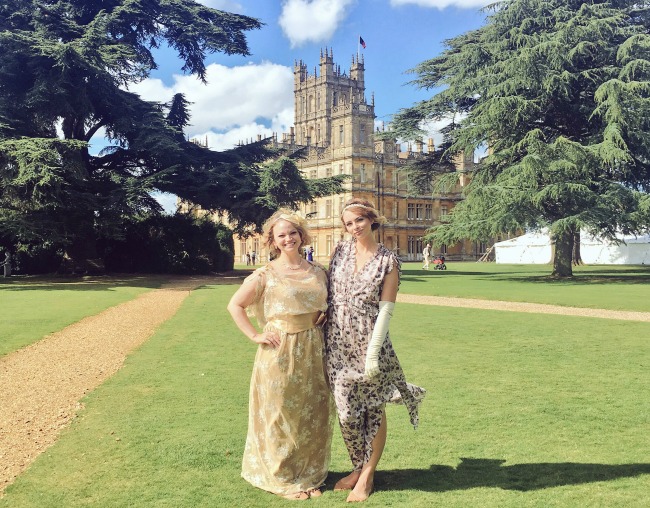 What big mistakes did you make along the way and what would you do differently if starting out now?

For far too long, I believed the oft-touted notion that “content is king.” So many of the big bloggers claimed that being a great writer and taking great photos was enough to succeed. Maybe in the early days that was enough, but now? There’s so much more to blogging success than artistic talent. SEO is the backbone of a blogging strategy, and it was years before I figured that out for myself. If I could go back in time, I’d be working on SEO from Day 1.

I’d also focus on one or two social networks where I found the most success rather than spreading myself too thin across all platforms. As much as I love Twitter as a place for funny quips, it does little for me from a traffic perspective, thus it doesn’t need to be as much of a priority as other networks. I wish I knew earlier that I didn’t have to be everywhere all the time to succeed. 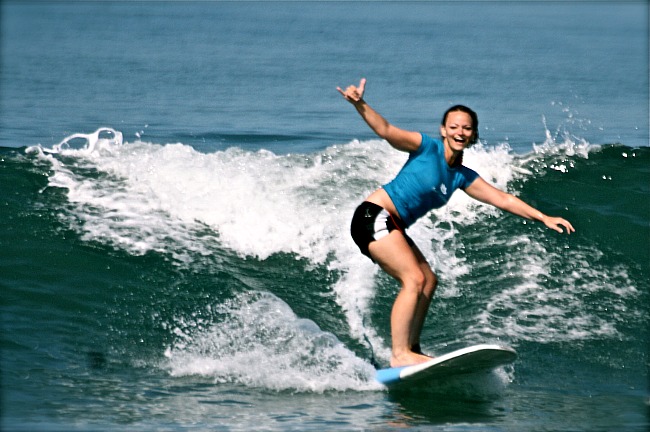 You’ve chosen to run a personality-focused blog, which can be tougher to break through with than a niche-focused one. What advice would you give to someone who isn’t focused on one particular aspect of travel?

When I started back in 2006, personality-focused blogs were the norm – if having a blog could even be considered normal way back then. The market is so saturated with would-be bloggers and influencers now that I don’t think my particular career path is replicable. It’s not feasible to haphazardly fall into this anymore… unless I suppose one were to fall in some hilarious way and then go viral and end up on Ellen. But that is even less likely.

Having a well-defined niche is the best way to achieve success in the current influencer/blogger landscape. The days of starting a general, all-purpose travel blog are behind us. Those seats are taken. Becoming a profitable blogger takes skill, grit, and strategy.

If I were to advise someone in a similar situation, I’d say either find a way to hone in on a specific niche or diversify your income streams in a way that you aren’t solely dependent on online activities.

Fortunately for me, it’s never been about selling to an audience, so having a really specific niche, outside of general travel adventures, wasn’t something I even considered. My content has always just been my life and the places and things I’m into. If I’m taking the time to share something with my audience, it’s because I think it will either help or entertain them. Incidentally, I’m glad, because what I cared about in my twenties is not what I care about in my thirties. Having a personality-based online presence means my audience can grow with me instead of sticking within the boundaries of one topic 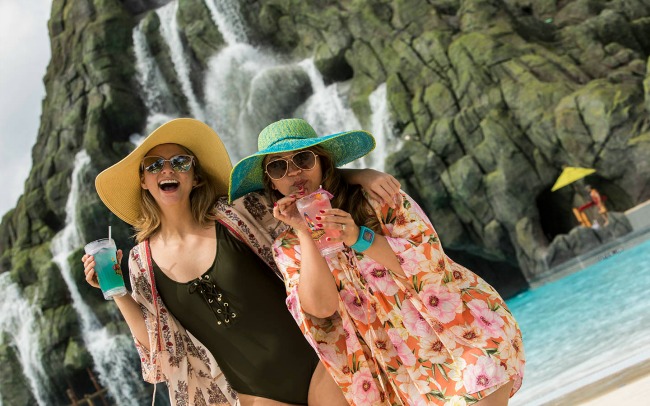 You’ve done plenty of campaigns with brands and destinations, plus you’ve got the advantage of an extensive PR background. Give us some tips on how bloggers should present themselves and pitch.

I vent about the bad apples on the PR side of the fence often, but I also know how annoying it is to be on the receiving end of hundreds of emails a week asking for flights, hotel rooms, activities and meals from bloggers who are clearly only in it because they bought into the lie that this career lets you “travel the world for free.” Though blogging may be preferable to many other career choices, there’s nothing free about working around the clock and delivering quality content to partners.

With my PR hat on, I can tell you that I say no to 90% of pitches for paid campaigns or even just trade. The majority of emails I get are misspelled, misguided or just unprofessional, and given how thick the competition is now, there’s just not a lot of room for amateurs. A solid pitch SUCCINCTLY conveys all the relevant details of what you can offer, examples of past successes and why you’re the person to do it. I always link to a Dropbox folder with my bio, press kit, a few case studies and a brief on my web series.

Most pitches I receive are at the last minute, with little thought into how the partnership can help the brand. They often read like this (and are often on my personal Instagram instead of via email), “Hi, I have a blog and was hoping I could get theme park tickets for 8 people this weekend. I know it’s a holiday, but I figure it doesn’t hurt to try. LOL.)

It does hurt to try actually if you’re not going to put your best foot forward from the very beginning!

I’m in a unique position having almost 15 years of experience on both sides of this relationship, so I frequently write about the tenuous relationship between bloggers and publicists. There’s an awful lot of miscommunication — a curious phenomenon to exist among professional communicators! 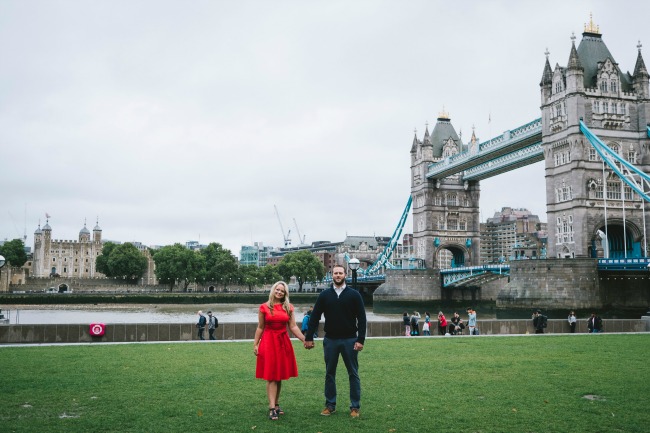 I know you recently bought a house in the city where you grew up—Jacksonville. What made you decide to give up the nomadic life and have a permanent base?

I met the most handsome man in all the world and married him and now I’m here.

Plus, and I never thought I’d say this, but I actually like having a home base. Living out of a suitcase for a few years was a dream come true and I’m so glad I did it, but it’s just not my heart’s desire anymore. I still love to travel and love having the freedom to work on the projects I choose on my own timeline, but I also love watching Netflix with my man and having a routine and living near my family and running our own Airbnb. It’s a fine line, balancing a love of being away and a love of being at home, but it’s the season I’m in and I’m getting the hang of it.