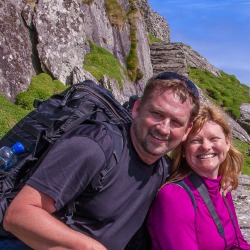 Dave Bouskill and Deb Corbeil founded The Planet D after cycling the continent of Africa. Since then they’ve been inspiring adventure in everyone through 110 countries on 7 continents. Forbes named The Planet D one of the Top 10 Influencers in Travel for 2017. We first interviewed Deb and Dave five years ago. They’re joining us this week to catch us up on how things are going and what the future looks like for The Planet D.

What initially inspired you to begin travel blogging full time? And once you made the decision, how long did it take you to get started?

It was in 2000 that we took our first extended vacation to Thailand for five weeks. After that trip we fell in love with travel and for the next seven years we split working as freelancers in TV and film and traveling every chance we could. After splitting our time for so many years, we finally decided to pursue a career in travel and leave our film careers behind.

We loved adventure and decided to pitch a TV show about an ordinary couple that takes on extraordinary challenges. For our first adventure we signed up for the world’s longest cycling race from Cairo to Cape Town. We started ThePlanetD.com as a place to promote our idea and to have a place to promote our media coverage, videos and photography. The TV show didn’t take off, but the blog started growing a following and we decided to put our efforts into that.

After returning from Africa, we went back to work for a year and focused on learning about the business of blogging and growing our audience and brand. We also took that year to save enough money to go traveling again. We lived frugally and spent every free moment we had working on the blog.

One year later we were back on the road traveling through India. We didn’t make one cent during that time and started running out of money, but after four months on the road, we sold our first set of ads that gave us enough money to travel for another month through Sri Lanka.

Things started to come together after about a year and a half. We weren’t making much money, but offers for free travel were coming in, so what little income the blog was generating was enough to keep us afloat as we could offset expenses with press trips.

It took us about three years before we started earning a living at blogging and it’s been growing yearly ever since. 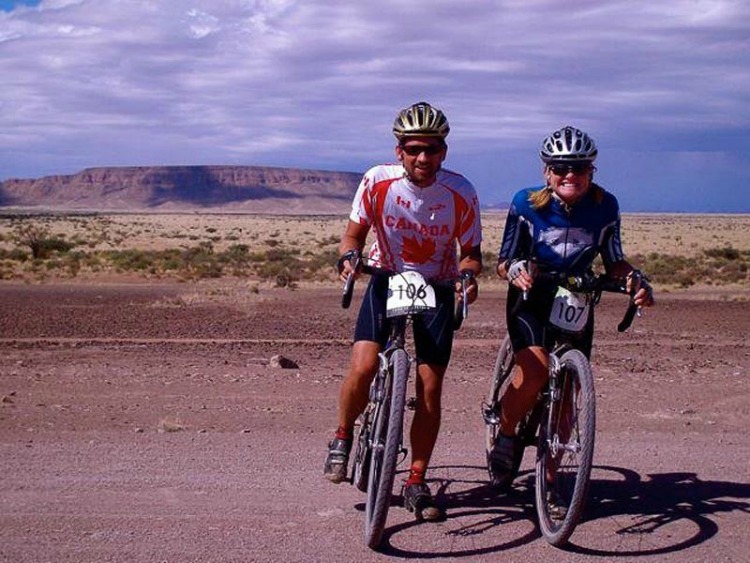 How has your approach to monetizing your blog changed over the last 5 years?

Monetization has changed quite a bit over the years. In the early days we did a lot of sponsored posts. We then moved on to partnerships where we signed on as brand ambassadors where we were paid a monthly fee to represent and promote travel brands. These were long term partnerships that lasted anywhere from a few months to several years.

We now have a more diversified business model. We make money from Affiliate Links, Ad Networks, partnerships and tourism campaigns. We also earn money from leveraging our social media following.

We like to branch out and have several different ways to earn money on our blog because we feel you can’t put all your eggs into one basket. Things change rapidly on the Internet and if you only have one social network or one source of income, it can all disappear quickly. 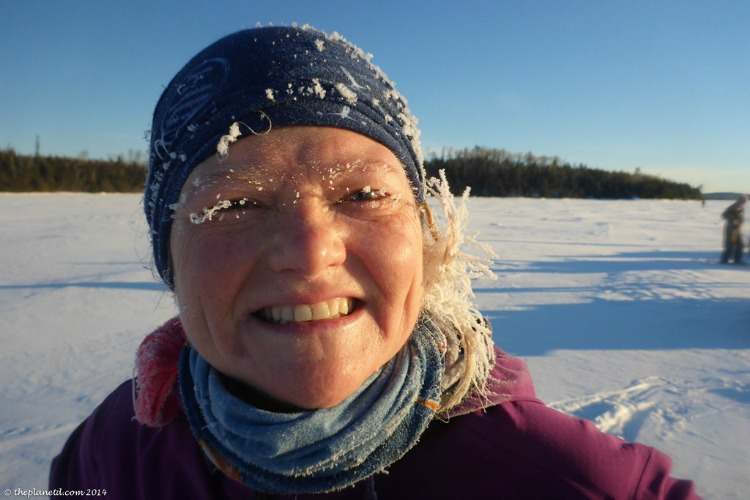 The travel blogging world is even more saturated today than it was when you began. In today’s blogger landscape, what advice would you give to someone just starting out?

Provide value to your readers. They need a reason to come back to your blog. It could be for your personality, for your amazing photography, your in-depth information, or because of the inspiration you give them.

And then give it time and be consistent. It’s easy to become frustrated, but Google rewards good content and consistent posting.

You received the Lowell Thomas Awards for Best Travel Blog and Best Illustration of Travel by SATW in 2015 and 2016. Of course it’s exciting to be acknowledged for all of your hard work! What other benefits do you think awards bring?

I think these awards had a lot of benefits because they recognized our blog as a leader in the industry. When we found out we won two years in a row, it helped us feel that we were on the right track and we were doing something right. Blogging can be a very solitary business and you really don’t know how others perceive your work so to win an award can really boost your confidence. Being recognized by an organization also gives a legitimacy to your work in other people’s minds. It helps to set you apart from the thousands of blogs out there and gives leverage when negotiating contracts or partnerships. 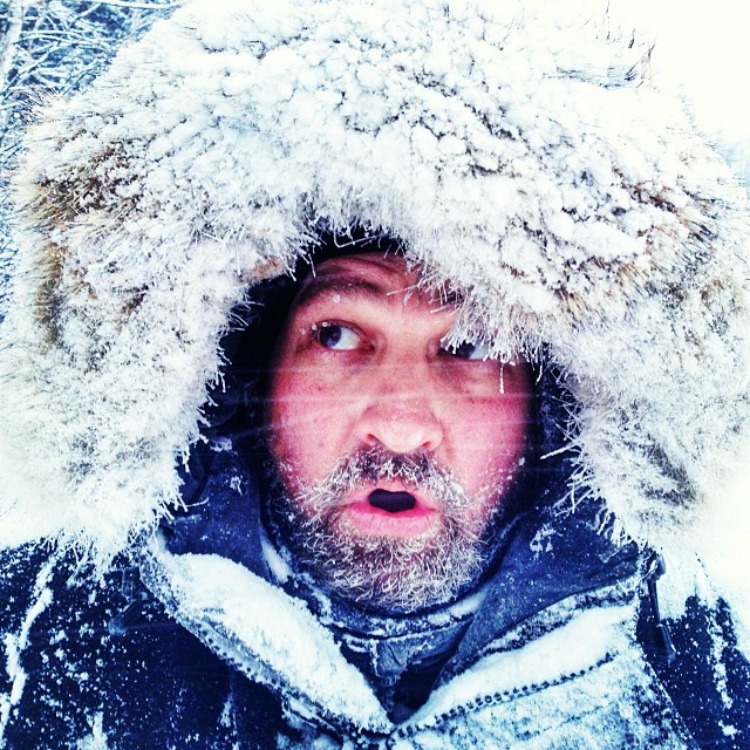 You’ve had some amazing adventures over the years. Which do you think was the most challenging and how did you overcome those challenges?

Cycling the continent of Africa was definitely the most epic trip we took. 4 months on a bike through tough conditions was a huge challenge. The length alone was enough for most to throw in the towel, but when thinking about challenges that really pushed us beyond our limits, it was a winter trek to the Arctic Watershed in Northern Ontario, Canada. We took a freight train to the middle of nowhere and our team of seven was dropped off in the Canadian wilderness where we spent the next 10 days snowshoeing 100km across frozen lakes and rivers. We pulled our own sleds and stomped through canoe routes, literally cutting through portage routes. Trees were so heavy with snow, we had to cut off some branches just to get through. It was minus 35 and we had nowhere to escape the cold. We spent eight hours a day trekking until we found a suitable and safe camp. Once we got to camp, we spent the next three hours preparing for the night. We stomped out pathways in the deep snow with our snowshoes, chipped through a meter of ice to get our water to boil, cut down spruce bows to sleep on and cut down dead birch trees for firewood. It was exhausting and challenging.

There were times I thought I wouldn’t make it, but we had no choice. The only people that could save us now was the army flying in on a helicopter. We pushed on each day and learned how to survive in the outdoors like the original fur traders. The lived a hard life and we learned that a trip like this is not for the faint of heart. But in the end, we learned a lot about ourselves and found a strength inside that we never knew we had. It was one of those trips that makes you feel like you can accomplish anything afterwards. If you can survive 10 days outside in the freezing cold relying only on your own power to get across the ice, create camp and shelter and find your own water, it makes the rest of life seem really easy. I think everyone should push themselves beyond their limits every once in a while to put life’s daily obstacles and challenges into perspective. 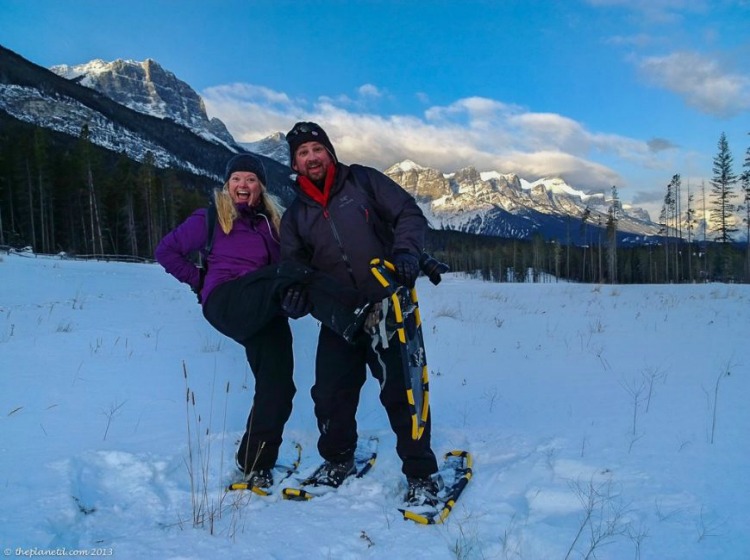 What’s next for Dave and Deb in adventures and with your work?

Well, for the first time since 2009 we have a home again. We moved back to Toronto and finally have a home base. That doesn’t mean we are stopping our travels, we will just have a little more balance. We have a lot of big ideas for The Planet D that we haven’t had time to implement with perpetual travel. We are looking forward to optimizing our website, creating some really amazing videos and guides and expanding our social media strategy.

We have quite a few speaking engagements lined up for this year including delivering a keynote address at TBEX.  And, we have some exciting trips planned that we can’t confirm yet (until we have signed on the dotted line) but we can say that we are going to California quite a bit. We are on the California tourism advisory board and that is very exciting. It’s our first time being on any kind of board in our lives.

I think 2018 is going to be our best year ever because we are exactly where we want to be in our lives and in our careers.

Dave and Deb’s photography, story and writing have been featured in BBC World, Red Bull’s Red Bulletin, Adweek, Martha Stewart, Thrillist, National Geographic and Vogue India to name a few. They have spoken on five continents not only about the business of blogging and social media, but also about pursuing passion and living life to the fullest. Follow The Planet D on  Facebook  YouTube Instagram and Twitter.