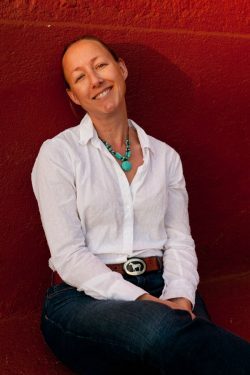 In 2006, award-winning travel journalist Karen Catchpole left her job and apartment in New York City and embarked on the ongoing Trans-Americas Journey working road trip through North, Central, and South America. Her freelance work from the road has appeared in Travel + Leisure, National Geographic Traveler, Afar, the Wall Street Journal Magazine, The Dallas Morning News, BBC Travel, Roads and Kingdoms, CNN Travel, Departures, American Way, Delta Sky, and many other outlets. Karen is also the co-creator of the Trans-Americas Journey travel blog which covers independent travel in the Americas in more than 900 detailed posts (and counting). She joins us this week to talk about life and work on the road.

How did you get to where you are now? What took you down the travel writing path and how did that pursuit go from a side hustle to a real job?

When I was 20-years-old, I was hired to help create Sassy magazine in New York City. The ensuing early years of my career were all spent in magazine or TV content aimed at teenaged girls or women. In the mid-1990s I was developing what became Jane magazine at Time Inc. That project went on hiatus, so I went backpacking through South and Southeast Asia (1995-1999). During that time, the internet exploded and I was suddenly able to more easily and cheaply communicate with editors in the US even though I was in Thailand, or India, or Nepal, or Burma. I was doing amazing things in South and Southeast Asia and I wanted to write about it. It was never really a “side hustle” for me. I made a concerted effort to shift away from women’s magazines and into travel publications by contacting editors and sending pitches based on what I was immersed in. I’ve been focused on travel, food, and culture writing ever since.

Most bloggers seem to have an “anywhere everywhere” kind of (non) focus, so their blog is literally all over the map. You’ve decided to just focus on the Americas though and do all your traveling there. What have been the pros and cons of this approach?

The Trans-Americas Journey was designed to be focused on the Americas as a way of exploring our home (the US) and its neighbors. This geographic focus has been an overwhelmingly good thing in terms of freelancing. Over time, editors have begun to associate me with the Americas and that association has resulted in some assignments actually coming to me from editors without the time and tedium of pitching. Not as many as I’d like, but there have been some stories assigned to me because an editor knew of my area of expertise including a story about San Jose, Costa Rica for the Departures magazine website and a series of pieces about where to travel in Latin America in specific months of the year for the Travel + Leisure website. The only professional “con” I can think of about having a geographic focus is that there are a handful of compelling new travel publications with budgets for freelancers, but they’re not interested in content about non-US destinations or they publish very, very little non-US content. 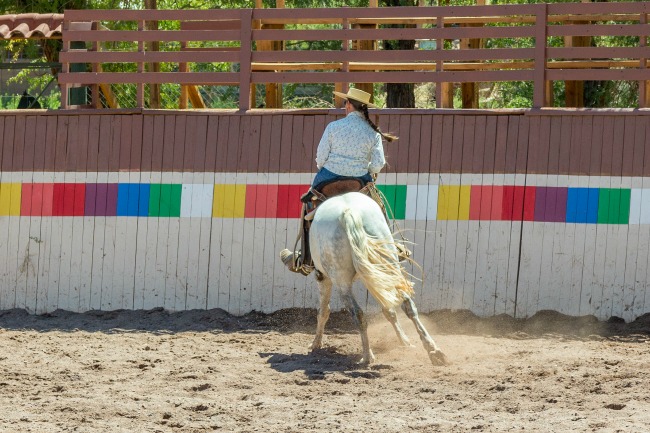 You’ve won awards and gotten stories into a lot of elite publications. How has your Americas expertise impacted your freelance travel writing success?

See above…AND: I think the fact that I travel full time in the region and spend many months or even years in each country means that my pitches come from a base of deep, legit, first-hand knowledge. That allows me to write from a position of expertise and with the ability to put my pieces into context in a way that writers parachuting into the region just can’t. If, for example, I say it’s the best beach for non-surfers in El Salvador that’s because I’ve been to all of the beaches and I’ve talked to locals over a very long period of personal, independent reporting.

You do the words, your partner Eric does the photos. What kinds of benefits and challenges are there in traveling as a couple personally and professionally, and splitting up the duties this way?

Eric and I were finalists in this year’s New York Times search for a “52 Places” traveler. We applied as a team because, honestly, the double whammy of full-time travel and high-quality reporting seems impossible without someone else to share the workload—and not just in terms of someone to take the pictures while I write the words.

Our Trans-Americas Journey is a full-time proposition. We are on the road every single day. This requires trip planning and logistical research, actual travel, research and interviewing for story pitches, pitching and following up on pitches, reporting and photographing for assignments and for posts on our Trans-Americas Journey travel blog, editing photos, editing stories, following up with editors some more, organizing photos, maintaining contacts, making new contacts…the list of daily tasks is enough to fill about 6 distinct full-time jobs and it really does seem unpleasant (if not downright impossible) for one person to do it all.

Eric and I split the tasks based on each person’s strengths and areas of expertise and I still work more hours every week than I did as a staff editor at big-deal magazines in New York City. We wish this year’s 52 Places traveler good luck out there on his own! 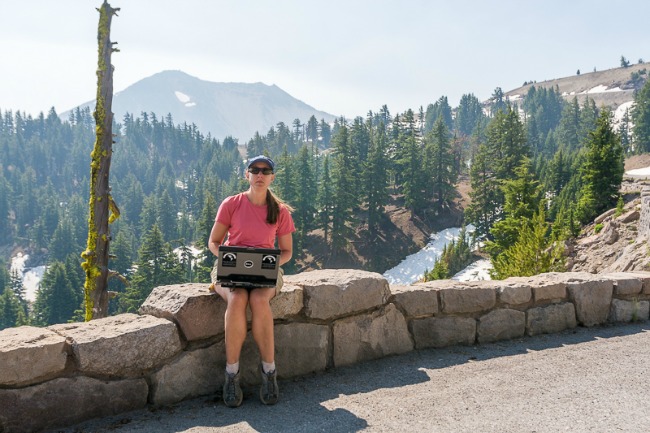 What are your different income sources and how has the mix changed over the years since you started the Trans-Americas Journey more than a decade ago?

Eric and I left our jobs and apartment in New York City and embarked on the Trans-Americas Journey in 2006. New media was just emerging. Personal blogs did not exist (we didn’t start our Trans-Americas Journey travel blog until 2009). The term digital nomad did not exist. Our freelance work at that time was focused on long-form travel and service stories for magazines like Every Day with Rachael Ray.

As time went on, however, long magazine stories got scarcer and scarcer, so I started forging relationships with editors of newspaper travel sections at the Dallas Morning News and the Minneapolis-St. Paul Tribune. Stories were shorter, pay per word was lower, but it was work.

Then newspaper travel sections began shrinking or cutting out freelancers altogether, so I started looking around for high-quality online publications to write for like Roads and Kingdoms (which published my story about controversial Pablo Escobar tourism in Colombia which earned me an honorable mention from the Society of American Travel Writers). Stories for those outlets are even shorter and even more poorly paid. Sensing a trend yet? I’ve recently started contributing to the travel blogs of a few top tour companies and I work through Contently for clients like Marriott Bonvoy Traveler, JetBlue, Silversea Cruises, etc.

Over the years I, like most freelancers in the travel space, have had to broaden my pitching to all forms of media and cobble together more stories per year at shorter lengths and lower per word pay. Would I rather be doing fewer stories at longer word counts and higher per-word rates for traditional travel magazines? Sure. But the industry has changed and freelancers have to adapt as well.

Not the dreaded “favorite place” question but rather…what’s one place in Latin America that hardly anyone goes but you think is fantastic? Why?

Just one? Okay. Millions of people go to Mexico, but few of them focus on the central highlands where much of what we think of as “Mexican” was born (mariachi, rodeo, tequila, etc.). Guadalajara, the country’s second largest city, is finally coming into its own with more and more worthy hotels and restaurants. But don’t stop there. Head to cities like Queretaro and Zacatecas for amazing architecture, more great food, serious history, fantastic hotels, and wonderful art. And it’s all at a fraction of the price of what an equally culture-filled trip in Europe would cost you.

You can see Karen’s full online portfolio of published freelance travel stories here: karencatchpole.contently.com. Karen and Eric have been traveling and working from the road in the Americas full-time since 2006. You can follow their work and travels on their blog and social media on Facebook, Instagram,  YouTube and Twitter.