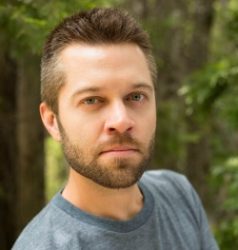 Mark Johanson is an American travel writer who writes about food, adventure and emerging destinations for a variety of travel, culture, inflight and men’s magazines in the US, UK and Australia. A regular contributor to The Guardian, Men’s Journal and The Chicago Tribune, his writing has also appeared in GQ, Newsweek, Christie’s, Backpacker, CNN, BBC and Bloomberg, among others. He works closely with Lonely Planet to produce content across its magazines, website, guidebooks and video channels. Mark join us this week to talk about his career.

What did you do before you became a travel writer and what led to the transition?

I got a degree in cinema studies and moved to New York to pursue a career as a film critic. After two years working mostly on the production of films – not reviewing them – I packed up my bags and moved to the Caribbean to decide what it was that I really wanted out of life. I knew that I liked to travel and enjoyed writing, so I put two and two together and started a blog. I then traveled from my small Virgin Island to bigger islands (the South Island of New Zealand and Australia) living in each for a year and blogging about all the places I saw. After a stint writing about Southeast Asia, I was able to parlay my blogging career into a gig as a travel editor back in New York at an emerging digital publication. That publication then purchased a major magazine, Newsweek, giving me better clips and the chance to break free into the world of freelancing. 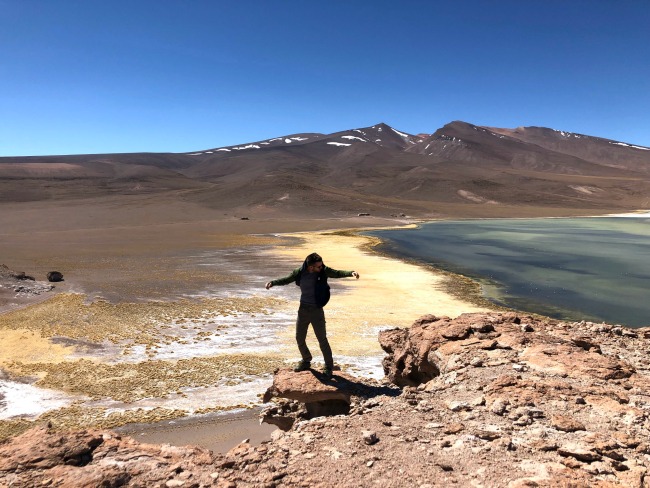 What do you consider the real turning points when you started to think you had a future in this pursuit?

When I went freelance, I was pretty terrified that I’d never be able to make a living as a full-time travel writer. I had a few editor contacts in Australia and the US, but I had just relocated again to Chile where I knew no one in the business. I did, however, plan ahead for this day. I used every opportunity while working at the digital publication in New York to write the kind of deeply researched long-form stories I knew I’d need as clips down the road. When I went freelance, I was able to showcase these stories to editors who’d never worked with me before. Most of my first pieces as a freelancer were for Australian travel magazines because the demand for travel content is so high there. I then landed a regular writing gig (through a contact I made at a networking event) with the BBC, which gave me a steady income. Working with the BBC gave me the kind of clout needed to land stories with publications like GQ, The Guardian, The Chicago Tribune, Bloomberg and Men’s Journal. When that snowball effect happened, I knew I had a future in this business. 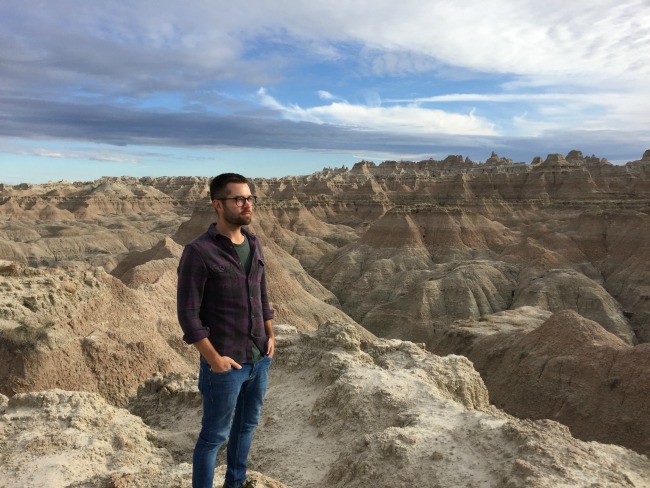 How has living in Chile helped or hurt you in terms of opportunities? What would you advise others to do when they move abroad?

It was tough when I first moved to Chile to make a name for myself because I was so far away from editors living in New York or London. I couldn’t go to meet-ups or conferences as easily to meet other people and network. However, I think I lucked out because Chile was just on the brink of becoming a big travel destination when I moved to Santiago. Suddenly there was this high demand for articles on the country and few people on the ground to write them, so I was able to carve a small niche for myself. Editors were actually coming to me asking for stories instead of me sending out blind pitches. Once I made those initial connections on the Chile stories, I was able to continue working with these editors on articles about destinations further afield.

I actually think taking myself out of the scene in a major writing hub like New York has given me a bit of an advantage. I get a lot of work simply by the nature of living in the Southern Cone of South America and having my finger on the pulse of what’s going on here. That said, I definitely worried at the start that nobody would want a writer living in Chile to pen a story about a destination in, say, Asia or Europe. Luckily, that’s not the case. While I consider myself a specialist in South America, I now travel all around the world and have never let that specialization limit my scope.

For any writers considering moving abroad, I’d say go for it. It can’t hurt to separate yourself from the pack and market yourself as an expert on a particular region. When you do, you’ll find work opportunities will come your way that never would have back home because you are now a bigger fish in a much smaller pond. Of course, it takes time and doesn’t happen overnight. But if you put in the work, do your research and get your name out there I think it can have big advantages. 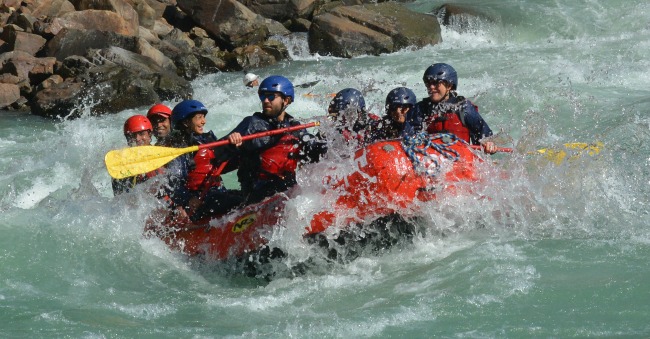 Many dream of being a guidebook writer without realizing how tough a job it really is. What is your schedule like when you’re doing research for Lonely Planet?

I started working with Lonely Planet after about six years as a traditional travel journalist and quickly learned that penning guidebooks and writing magazine articles are two entirely different animals. Many young backpackers have told me that writing for Lonely Planet is their dream. I quickly dash their dreams with tales of exhaustion, long hours and loneliness. When you work on a guidebook you travel for about six weeks or more at a time, you do it alone, and you work seven days a week from the moment you get up to the moment you go to sleep. You start your day researching new and existing points of interest and you finish your day either at the bars you need to review (drinking alone!) or at your computer writing about what you’ve seen. You not only visit the ‘pretty destinations’ but also the places in between like the mucky Amazon border town (to speak with the guards about the latest crossing info) or the dingy transit hub in Southeast Asia that you’d only stop at to catch an onward bus. It takes a toll on your body, your mind and also your relationships back home.

That said, it’s absolutely exhilarating to travel in this way, seeing all the places that magazine or newspaper writers rarely visit because they’re so remote or un-newsworthy. I get to see some incredible places and meet some amazing people writing for Lonely Planet, so I wouldn’t trade it for a second. Lonely Planet also does coffee table books, magazines and video content, so there are lots of opportunities for writers to get involved beyond the guides. I definitely cherish the balance I have between guidebook work and magazine/newspaper work. I could never be a full-time guidebook writer, but doing it for part of the year puts a steady chunk of money in my account that makes the uncertainty of freelance travel writing less nerve-wracking. It also makes it possible for me to make all of my income in travel writing, something that most travel writers struggle with. 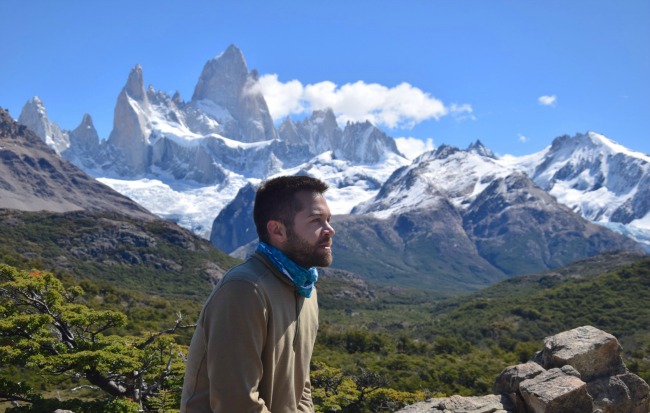 Besides your nice portfolio page (that I used as an example in this post), what have been your greatest success factors do you think? What has put you ahead of others trying to get bylines in high-profile publications?

I think to make it as a travel writer these days you need to be incredibly hard-working, never miss a deadline, have some sort of social media presence, be capable with a camera, and know how to sniff out fresh angles and news-worthy stories. You also need to get out into the world and meet other writers and editors. Networking can be a big leg up in this industry. I’ve tried to do all of these things as best I can by pitching well-researched ideas tailored to the publication I’m targeting that have some newsworthy peg. If I’ve already done the trip, I’ll include a link to my photographs and, perhaps, a quote from one of my sources. I also tell the editor why I’m the best person to write this story, be it language skills, personal experience or access to sources. At the end of the day, I think showing that you have a strong work ethic, answering emails promptly and turning in clean copy can make the difference between a good writer who gets work and a great one who doesn’t. 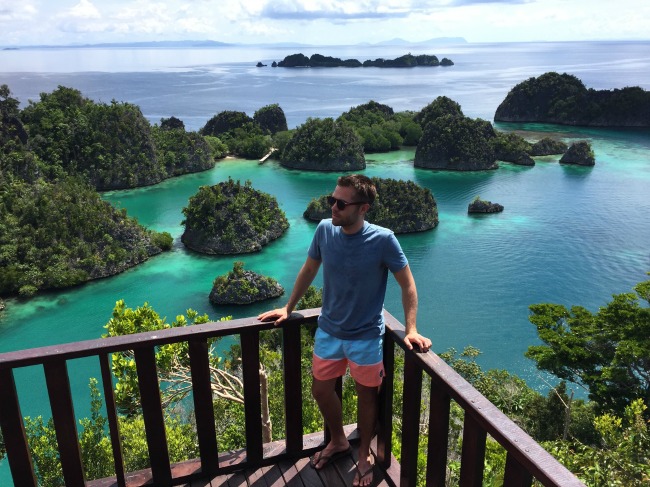 As travel writers, we’re sometimes a bit jaded. What’s one recent trip that you found especially surprising, gratifying or enjoyable? Why?

That’s tough. I’ve never been on a trip I regretted because, even on the ones where everything goes wrong, you learn something about yourself. I think that’s why my partner and I are still a thing nearly 10 years later (we survived three months backpacking in India together less than a year into our relationship!). I can get a bit jaded about so-called beauty spots of the world, but I was absolutely blown away on a recent trip to Raja Ampat, Indonesia. It was such a pristine vision of paradise both above and below the water that I felt conflicted writing about it and encouraging more people to visit. I also had an amazing experience in the Bolivian Amazon with a woman who has been fighting an uphill battle for its protection over the past four decades. Against the odds, she remains optimistic. People like that restore your faith in the world. Being able to tell their stories to a wider audience reminds me why I got into this profession.

Mark splits his time between the US and his home in Santiago, Chile. Clips of Mark’s work can be found here. Connect with him and follow his adventures on Twitter and Instagram.