If asked to name 10 successful travel bloggers, almost anyone in our industry is going to have Matt Kepnes – better known as Nomadic Matt – in their list. Huge traffic, the kind of income that few cubicle dwellers can match, and a first book that soared to the top of travel bestseller lists. Coming off his second year of running Travelcon and getting ready for a book tour, Matt gives us a little insight into his new project and his blogging business.

Tell us about your latest book, Ten Years a Nomad, and what readers should expect. 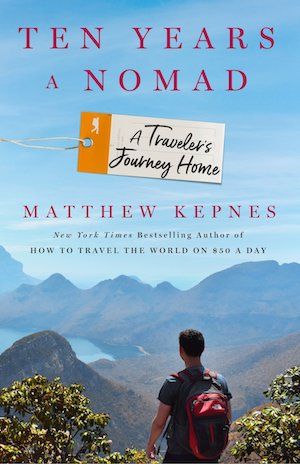 This book is my opus on travel. It’s about my ten years backpacking the world, the lessons I learned, my tips and advice, and a philosophical guide on how you can do it too. It contains stories and advice I’ve never shared before.

This book is for those not only looking for inspiration to travel but people who just want to know what it’s like to be a somewhat permanent nomad.

You say, “A blog is easy. An ebook is easy. A book is hard.” Now that you’ve put out a few of them, is it getting any easier?

It depends. It’s a lot easier for me to write practical guides to travel now that I’ve done a bunch of them, but it’s a lot harder to write narrative as that’s still new to me. Like everything, it’s easier the more you do it but it’s still a lot of work and even more editing. A book is a big, big project and I think people underestimate that. I don’t think it ever gets easier but I do think you will get better at managing the work flow the more you do it.

I always say a book is magic because it gives you so much more credibility than you can get from putting out articles or running a blog. What kinds of doors have opened for you because of being a best-selling author?

It definitely does. While e-book self-publishing is more widespread these days, having a physical book people can buy in a bookstore gives this air of credibility to you. You’ve been vetted by the gatekeepers of the world. I don’t like traditional publishing financially since they take a huge percentage, but starting off saying “My publisher is Penguin” makes people go “Wow! You must be the real deal” and it helps you get on media.

I would definitely recommend trying to go that route, at least for your first book. I did it for my second book too because I feel it’s the kind of book that people would pick up in airports and, to get into airport bookstores, you need a traditional publisher for that.

You’re a very successful travel blogger who has managed to earn good money without doing regular sponsorships and until recently, no display ads. What are other bloggers with a big audience missing out on in terms of revenue opportunities?

I think people end up on the sponsored post / brand deal far too often. They think that’s the biggest way to make money and, in the online travel space, it’s often talked about as the only way to make big money. That’s not really true and, in doing those methods, you end up trading your time for money, which you should never really do.

I think people should really look into making their own products: tours, merchandise, books, courses, consulting, being a travel agent, events, or even starting a subscription service. These ways require a lot more upfront work but they have a much longer payment – and you don’t have to trade your time away once they are up. 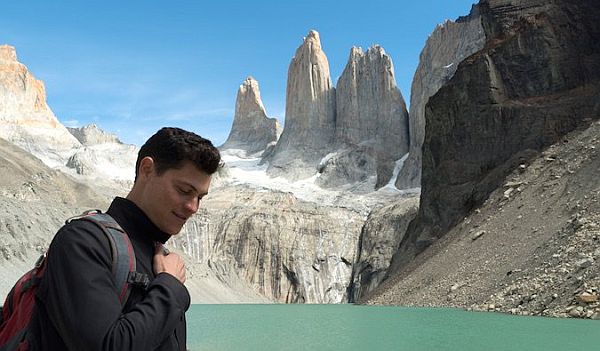 If you had to start over today with none of your traffic, zero social media followers, and no e-mail list, what would you concentrate on? How would you launch a new travel blog in this crowded environment?

I’d focus on being very specific in one area. There are billions of people online these days. SOMEONE is going to want to read about the topic you’re writing about. Go narrow, go deep. Don’t just start another backpacking blog. Be something really specific. I think a lot of people get caught up in the numbers of it all and think they have to have a million followers.

It’s not the size of the follower counts that matter, it’s the quality. You need what Kevin Kelly called “1,000 true fans.” As long as you have people who buy what you are selling, then that’s what’s important.

Matthew Kepnes runs the budget travel site Nomadic Matt, and wrote the New York Times best-seller: How to Travel the World on $50 a Day. After a trip to Thailand in 2005, Matt decided to quit his job, finish his MBA and head off into the world. His original trip was supposed to last a year. Over a decade (and nearly 100 countries) later, he is still out roaming the world, living in between in New York or Austin.

His writings and advice have been featured in multiple major publications, he regularly speaks at travel trade and consumer shows, he leads tours, and launched a non-profit called FLYTE, which sends students abroad to bring their classroom experience to life. He is also the founder the travel media school, Superstar Blogging, and of the TravelCon travel media conference. His latest book is Ten Years a Nomad.