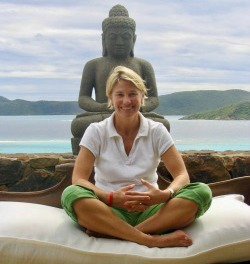 Meg Lukens Noonan is a Lowell Thomas Travel Journalism Award-winning freelance writer. Her work has appeared in The New York Times, Travel + Leisure, Coastal Living, Outside, National Geographic Adventure, Islands, Sports Illustrated, Esquire and Men’s Journal, and has been anthologized in the Travelers’ Tales book series. Meg is the author of The Coat Route: Craft, Luxury & Obsession on the Trail of a $50,000 Coat (Spiegel & Grau), a nonfiction exploration of the world of luxury bespoke tailoring, which was named the best general nonfiction book of 2013 by the American Society of Journalists and Authors. She joins us this week to talk about her writing career.

What originally inspired you to become a writer and what’s the journey into the freelance world been like for you?

I always loved to write. In college, I did a lot of creative writing, especially poetry. I had no idea what I wanted to do. I got an internship at the Burlington Free Press daily newspaper in Vermont. My job was basically to write the police blotter, which helped me figure out I didn’t want to be a newspaper reporter. I didn’t have the stomach for it. From there, I went on to be a staff writer or editor at several publications that were focused on the ski and sports world–one in Vermont (Ski Racing), one in New York City (SportStyle) and one in Boston (UltraSport.)

I feel very lucky that many of the people I worked with or met went on to have stellar magazine editing careers—and when I decided to go freelance in 1987, they gave me as much work as I could handle. I did a lot of ski writing at the beginning and that led to more general travel stories. This was at a time when soft adventure travel was really taking off. I should say it wasn’t all scuba diving in French Polynesia and luging in Germany (though I did get to write about doing both.) I did a ton of service pieces, round-ups, etc. especially for Outside, where I was on the masthead as a correspondent in the 1990s. I loved being associated with that magazine during that era; it was just bursting with literary talent. 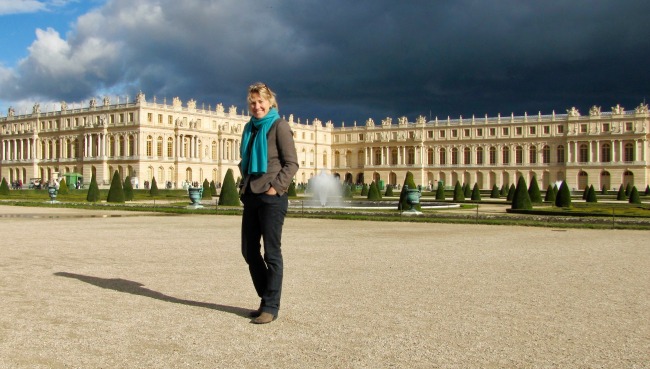 You’ve written for many of the top magazines. Do you have a system or formula you use for sending queries to keep plenty of assignments in the pipeline? And what advice do you have for other freelancers trying to fill up that pipeline?

Well, let’s start with the assumption that I have plenty of assignments in the pipeline. I don’t. I wish I had more. The downside of being handed work early in my freelance career was that I never got into a regular pitching habit. I’ve had to learn later in life how to write strong queries. And I don’t have the gift of being able to produce them quickly; I tend to agonize, which is not good for keeping the pipeline full. I hear about people sending several out pitches a week–or even a day–and I’m in awe.

I also sort of checked out of the freelance world for several years while I was working on books (The Coat Route and a ghostwriting project.) By the time I came back to magazine writing, many of the publications and editors I had worked with regularly had disappeared. So, I had to start over in some ways. As for advice, I think networking is key. Go to conferences, try to meet editors, work your connections. And when you do get the assignment, be the writer who makes the editor’s job easy. Make the deadline, hit the word count, write clean copy, accept edits with grace. 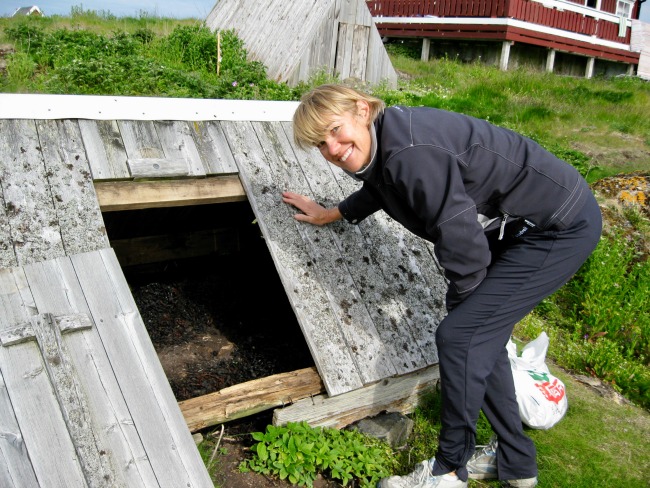 Your book, The Coat Route: Craft, Luxury & Obsession on the Trail of a $50,000 Coat, won the American Association of Journalists and Authors Best General Nonfiction Book of 2013. That’s quite an accolade! Will you share with us a little about the inspiration for the book?

I had always loved a book called The Panama Hat Trail by Tom Miller. He followed the production of a hat from the field to the store. For years, I had been dreaming about doing something like that–following the making of one thing, but I had never found the perfect object. I was also always on the hunt for interesting subcultures. I think people who are obsessed with a thing–the more obscure the better–make for the best stories. One of my other favorite books is The Orchid Thief by Susan Orlean, which besides being brilliantly written has a quirky, complex and obsessed central character. I knew I needed to find someone like that.

In 2009, I happened on the website of a master tailor in Sydney who said he had made the ultimate overcoat–using nothing but the finest materials from around the world. I wrote to him to say I might want to write a book about him and the making of the coat and he was onboard immediately. It turned out that he was a really eccentric, colorful character. And all the coat’s components–the buttons, the silk lining, the vicuna wool–had amazing back stories populated by fascinating people. I thought there was enough there for a book. My agent, Deborah Grosvenor, thought so, too. She helped me shape the proposal, which took about nine months to write. I was lucky enough to get a great publisher (Spiegel & Grau/Random House) and enough of an advance to allow me to go all over the world doing research. I went to Peru, Paris, London, West Yorkshire, Florence, Como, Sydney, Vancouver. It was just wonderful. The book ended up being a travelogue, of sorts, but it’s also a deep dive into the insular world of luxury bespoke tailoring and the craftsmen who are struggling to keep their old-world trades alive. 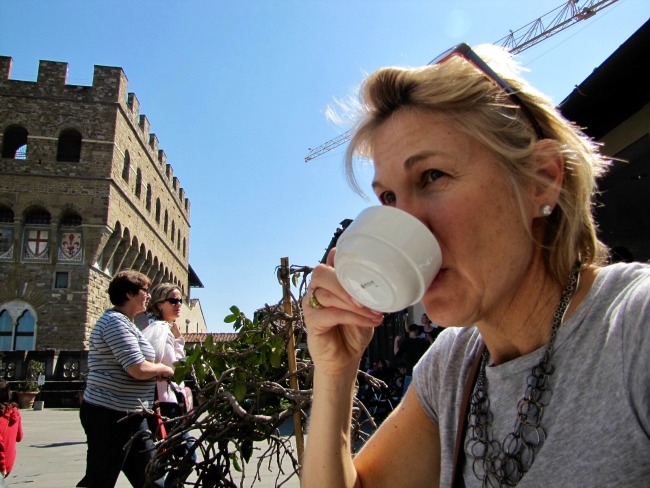 I definitely plan to be more aggressive about pitching. I want to actually send the things out and not leave them percolating in my email “drafts” folder for months and months. And I’m going to try to follow my own advice and follow-up with editors I’ve met at conferences. I would also like to write another book, but I haven’t hit on an idea that I’d want to spend the next three or four years of my life pursuing. I’m contemplating trying fiction, too–though I have no reason to think I’d be any good at it. 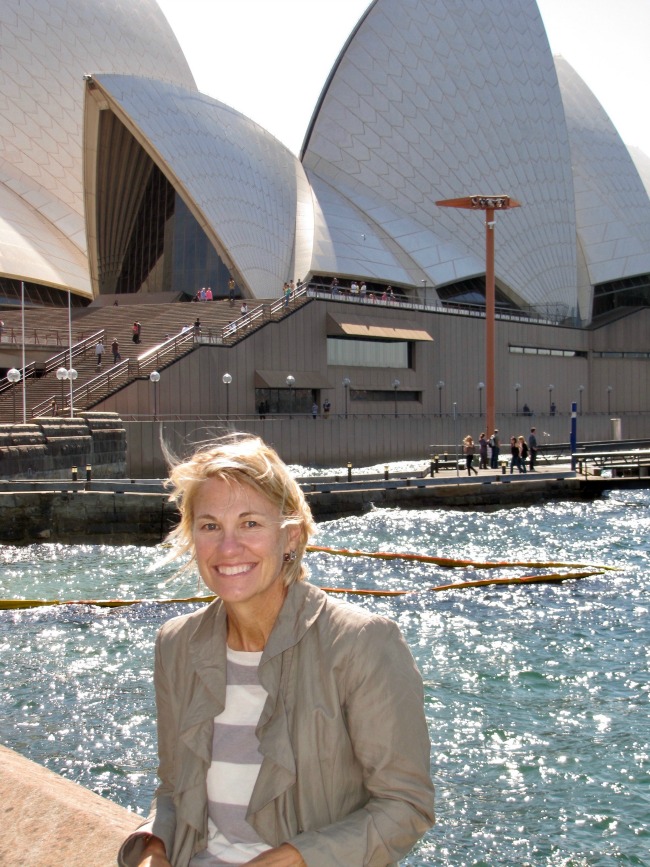 If you were given 30 days to travel, all expenses paid and you could choose your itinerary, where would you go and how would you spend your days?

Too hard!! But since it’s January and I’m in New Hampshire and it is currently four below zero, my first inclination is to say I’d go to an island in Greece. I’d swim, sail, read the piles of books I never get to, walk, nap, eat fresh seafood and fruit, drink wine in little cafes at sunset, make friends with the locals, wear gauzy dresses, get very tan. I’d stay in a little, whitewashed house with overflowing window boxes and overlooking blue-domed churches and the sea–you know, do the full “Mamma Mia!”

Meg’s book, Albatross (Houghton Mifflin), co-authored with sailor Deborah Scaling Kiley, was translated into 13 languages and was the basis for the ABC-TV movie, “Two Came Back.” She is a graduate of the University of Vermont and lives in New Hampshire. You can follow Meg on Instagram, Twitter and Facebook.