Home
»
bloggers
»
Get to Know Megan Jerrard of Mapping Megan 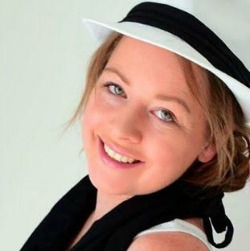 After a chance meeting on an airplane with one of the world’s most successful bloggers, Megan Jerrard set out to create the life of her dreams.  Three years later she is traveling the world with her husband and blogging about her adventures at MappingMegan.  She joins us to talk about how she got her start, creating engaging videos, monetizing her blog and the joys of being her own boss.

I know you studied journalism in university, which probably makes you better at the craft of reporting and writing than many of us. What made you decide to pursue travel writing instead of a more traditional journalism path?

So I studied a double degree, and graduated with a Bachelor’s of Journalism and Law. Law was the path I was planning on taking career wise, though my passion for travel completely overtook the goal of a corner office, and when I realized that people were actually making money from travel writing by monetizing personal blogs, I was all in! As it turns out, the journalism portion of my degree wasn’t in vain after all!

To me, travel blogging is much more rewarding than a more traditional journalism path because I’m writing about something I’m truly passionate for. And the freedom and flexibility which comes with having your own platform and writing for yourself doesn’t even compare.

I have ultimate control over what I write, when I write, and which assignments and trips I go on. In a traditional journalism career you generally answer to someone above you – being my own boss means I answer to myself. 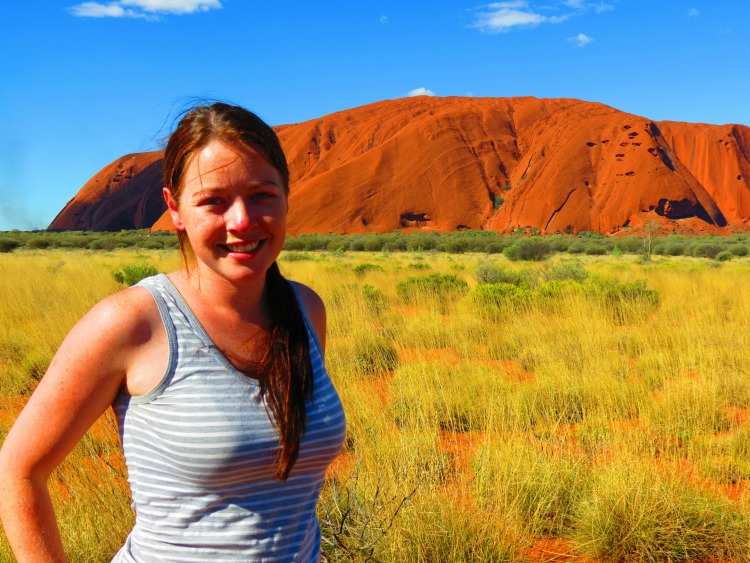 Has that training made you better at talking to strangers and interviewing people to get a good story?

My journalism courses have definitely imparted valuable skills when it comes to the art of interviewing, and I’m very comfortable approaching strangers and sitting down for a chat. Our assessments in school were very practical, and would include heading out into the streets to find a story, to conduct vox pop interviews – so I’m very grateful for having had the experience.

When did you realize this travel blogging thing was actually a pursuit that would earn you enough to travel on and live on?

I was flying home to Australia from the States and was seated next to a gentleman named Gary Arndt on the plane. I struck up a conversation to be polite, and as it turns out, this instance of “general chit chat” with the passenger seated next to me completely changed the course of my life!

I was in absolute awe of this man who had sold everything he owned to travel the world full time. Not only that, but companies and brands were actually paying him to document his experiences on his blog, and he was earning a full time income!

My first thought was “why didn’t I know that this was a thing”, and my second thought was if this guy sitting next to me can do it, then surely so can I! At that time I didn’t realize that Gary Arndt was one of the most successful travel bloggers in the world, but it ignited a determination within me that I was going to achieve the same. Three years later I’m living the same way!

I think it’s easier to chase “impossible dreams” when we see firsthand that it can be done. When we can say “I’ve met someone who actually does that for a living” or “I know a guy who does that” it helps us visualize the goal, makes it easier to believe we can do it too. 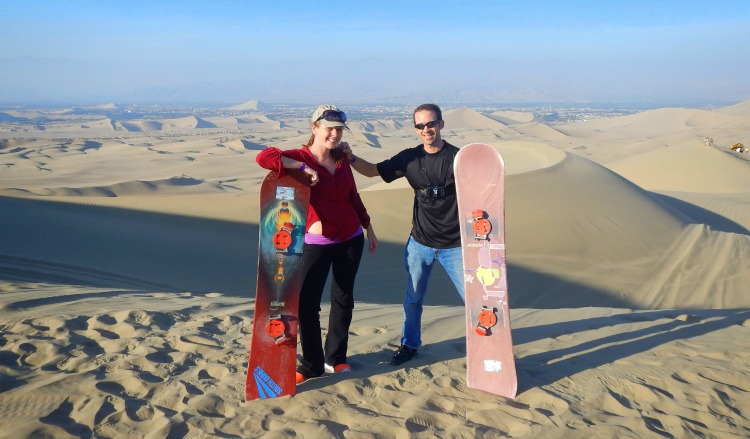 What are your primary income streams and how have they changed over time?

My primary income stream has always been through content based advertising and sponsored posts. Whether this is a product review, an endorsement, or a general travel article where I place a link back to a company site.

The brilliant thing about a blog though is that it can be used as a portfolio for your work and lead to other opportunities. Now that my blog is established and people are becoming more aware of my story and my work, clients approach me for freelance writing, public speaking, paid press trips, and social media consulting too. The sky is the limit when it comes to opportunities for monetizing a blog.

You obviously spend a good bit of time on crafting quality videos. What advice do you have in that area and how has the video output helped build an audience or add to your income?

My biggest advice for video is to create an engaging story from stringing together very short clips. People have a very short attention span, so if a clip is longer than 5-10 seconds and not ridiculously exciting, you’ll start to lose them.

In terms of building an audience, video is a fantastic way to keep people engaged. It’s a completely different way to tell a story, and if done right, it can transport your audience to the destination with you. An engaged audience then in turn leads to interest from advertisers which adds to your income.

So while I don’t make money from my videos directly, everything you do in blogging is part of a bigger picture, and the work you’re not paid to do has a direct impact on being able to land clients for the paid stuff. For example, engaging content = engaged readers = interest from advertisers = income from the blog. 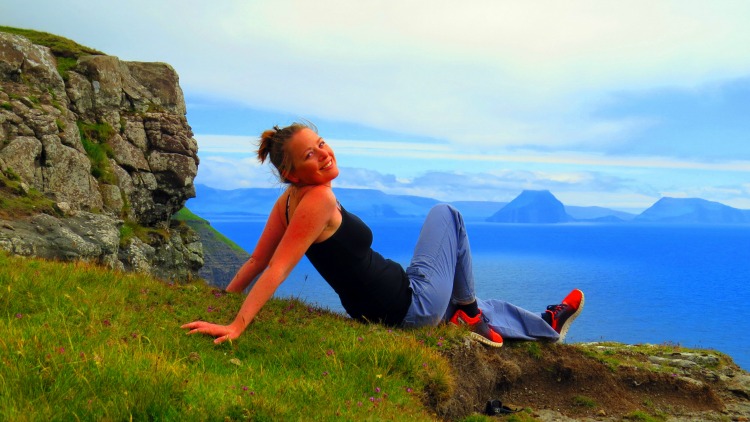 How do you manage to be nomadic and still get a lot done? Do you stop and spend time in a temporary home base regularly or are you superhumanly organized and productive?

I’ve found that when your job and your passion are the same thing, it’s very easy to get things done. That being said, when you’re traveling full time and constantly on the go, it definitely gets exhausting trying to run a profitable business at the same time.

We don’t have a set amount of time we spend in any one destination – it always varies, and can be anywhere from eight days to eight months. When we started traveling we were hitting a large number of destinations really quickly, in a very short period of time. Though that approach is very exhausting (especially when you’re trying to work at the same time), and you realize that it’s much more sustainable (and immersive) to engage in slow travel, and really get to know a destination.

If that means setting up a base and staying for a year, then stay for a year. There are no time constraints when you travel full time, so your itinerary can be whatever you want to make it. We have just signed an 18 month lease in Australia. We still travel, obviously, though it’s such a lovely change to have a permanent base, and a familiar pillow to return to after a lengthy trip. 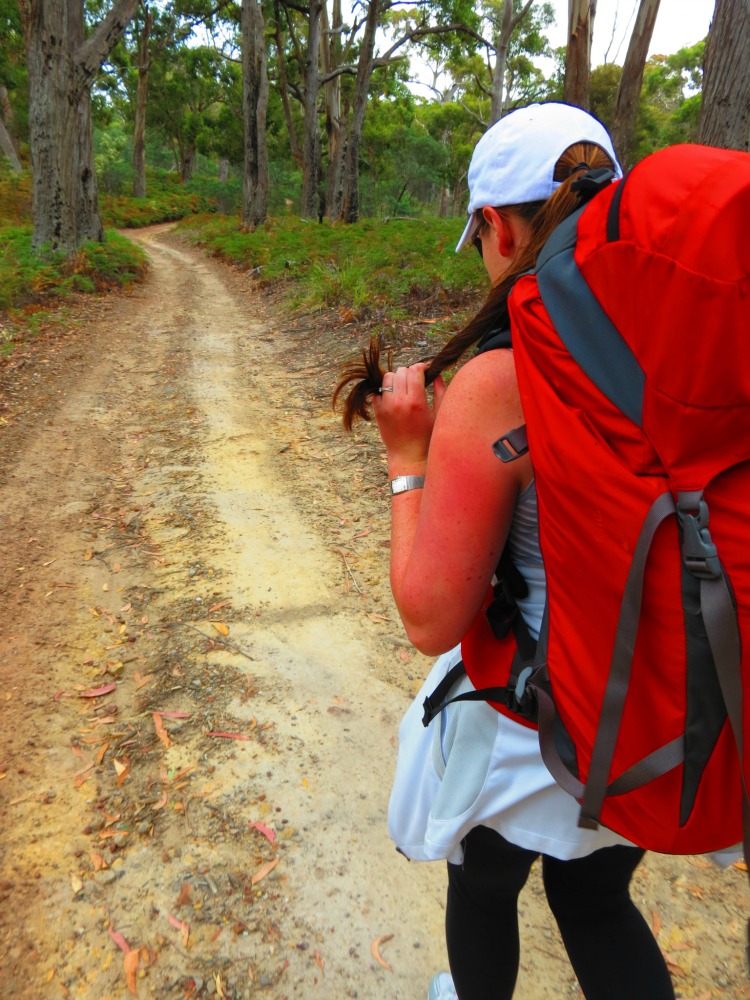 What’s the place you haven’t been to yet that you dream of visiting?

Antarctica. Or the moon. If anyone can get me in a room with Richard Branson please reach out. I’m certain I can convince him to put me on a Virgin Galactic flight to be the first blogger to the moon!

Megan is an Australian Journalist who has been traveling and blogging since 2007, with the main aim of inspiring others to embark on their own worldwide adventure. Her husband Mike is an American travel photographer, and together they have made the world their home. Committed to bringing you the best in adventure travel from all around the globe, there is no mountain too high, and no fete too extreme! They haven’t been everywhere, but it’s on their list. Follow their journey at MappingMegan and on Facebook, Twitter, YouTube, Pinterest and Instagram.