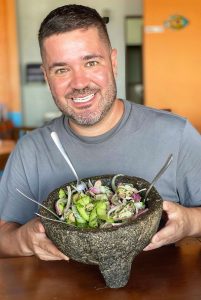 I interview a lot of seasoned travel writers on here who have been at it for a decade or more, but this time I’m mixing it up with more recent experience getting a blog off the ground from Nathan Aguilera. He is a freelance travel writer and creator of the popular food-focused travel blog Foodie Flashpacker. Nathan’s work has been featured on Fodors, Eater.com, International Living, and Great Escape Publishing, among many others.

What was your first job like and then how did you eventually transition to travel writing and blogging?

My very first job was flipping burgers at Barry’s Grill in Oklahoma City, a one-man operation. If you came in, I cooked your burgers, cut your fries, and cleaned the bathrooms after closing. I studied sociology at university, then one of my first actual real jobs after university was working as a legal assistant in Oklahoma City.

I’ve been traveling now for seven and a half years and for the first two years of that I did nothing but travel, backpacking around the world. Then it’s the classic story: I started to run out of money and I didn’t want to go home. I had to figure out a way to stay on the road so I started a travel blog. For the first year I made negative money, taking courses and investing in the business. After a year I took a long and hard look at where I was and mainly because of the community, I decided I wanted to forge on and figure out how to make it profitable.

What did you learn out there traveling on your own those first few years that travel writers who go straight to press trips and being hosted maybe don’t?

I loved being a backpacker! You learn the value of a dollar and how far money can go. I actually read your World’s Cheapest Destinations book and blog before I took off and that showed me how far I could stretch my savings.

Where did you earn your first real dollar online and when did you start to feel like this was real, like you could make money from travel writing?

I specifically remember my first paid assignment: I made $40 from Matador. I went on to do four or five articles for them and started to think, “Well, if Matador is willing to pay $40 for a post, surely someone else is willing to pay more.” So I started seeking out publications paying more money for what I submitted. (Side note, I did get an e-mail from Matador recently that they’ve started some influencer platform that is paying $90 an article.) 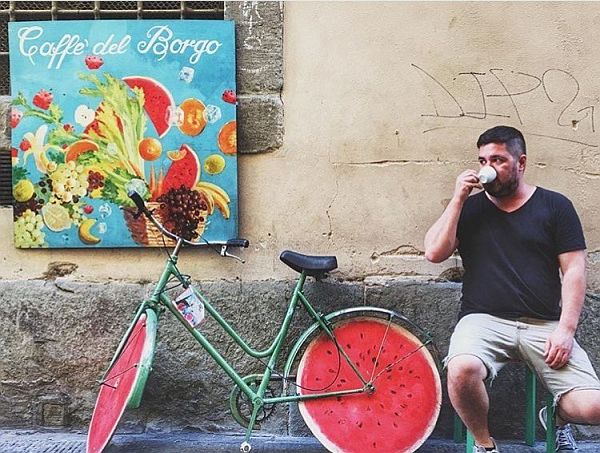 How long did it take for your own blog to start making money and what was that income from? Fast-forwarding, what does it look like now?

In the second year, I started to make some money from my Foodie Flashpacker site. I had a decent Instagram following, so I started to get some paid press trips and sponsored posts from the combination.

Paid press trips (with set deliverables) became my main income source before the pandemic hit, but that fell off quite a bit last year. So now my main income source is display ads on the blog from the Mediavine ad network. That company is great to work with. Occasionally I’ll get complaints that there are too many ads on my site, but it’s my compensation for putting up free content, so I don’t have any intention to dial that back unless something comes along to replace it. It’s the alternative to a subscription paywall.

Are you making any changes this year to how your travel writing business operates?

I get a bit of affiliate income here and there from Booking.com, GetYourGuide, and a few others, but I’ve concentrated more on increasing my traffic so I could get accepted to Mediavine and then keep the traffic going to earn money from that. I hired a virtual assistant recently though and one of my goals with that was to work on some content that would be more appropriate for affiliate earnings.

I was looking at a huge backlog of work I hadn’t gotten to and a massive list of things I wanted to do in the future. I couldn’t get to the future list because I was buried under the unfinished work that still needed to get done. So hiring an assistant has been a great investment. Now that I’ve been able to see how much he took off my plate, I really appreciate it. 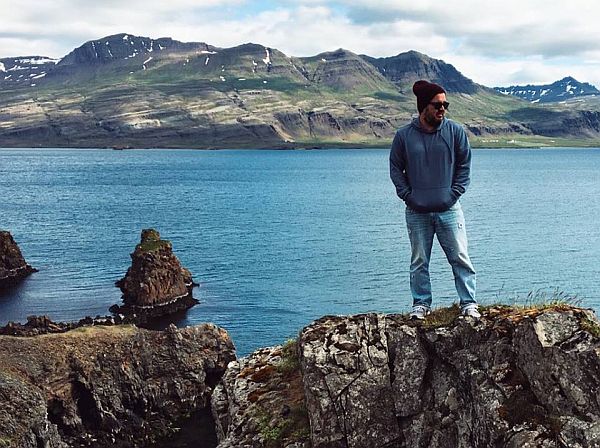 What mistakes have you made along the way?

Oh wow, for a while I was going to be an “Instagram influencer.” Avoid that one. I also had no SEO strategy in the beginning at all. I was just going to throw everything out there and see what stuck. Avoid that mistake too.

I probably spent too much time worrying about social media vanity metrics instead of concentrating on the blog. My advice now would be to go into blogging with a real business plan, a solid strategy, defined goals. Have some accountability about hitting those goals and keeping at them.

Now that the world is starting to open up again here and there, what are your travel plans?

I’m living in Mexico right now and have a couple more trips around this country planned. The winery regions for a start. Then my sister’s 40th birthday bash will be in Jamaica. After that, I’m heading to Eastern Europe and will be in Bulgaria in July and spending three or four months around Europe.

Nathan Aguilera has been solo traveling the world for more than seven years visiting more than sixty countries across five continents in that time. You can find more by visiting his website or checking out his Instagram.