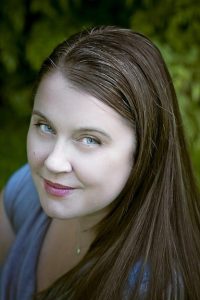 riter and photographer Amanda Castleman specializes in travel, adventure, pop culture and the environment. Her work has appeared in Afar, Outside, Sierra, Islands, Wired, Salon, BBC Travel, Delta Sky, Robb Report, Sport Diver, Bon Appetit, Cooking Light, Coastal Living and The International Herald Tribune, as well as the Guardian and Sunday Express. We interviewed Amanda seven years ago and thought it was time to check in and see how things are in her writing career today.

We learned about your past experiences in Europe and earlier days of your career in your last interview on the site, but what initially inspired you to choose travel writing as your career?
I started as a metro daily reporter and photographer and served as founding editor of a British magazine group. A relationship took me to Italy, where I was a Visiting Writer at the American Academy in Rome. I couldn’t speak the language fluently but still took a run at Italy Daily, a national subsection of The International Herald Tribune. The editor did a slow clap for this moxie, then assigned me a handful of travel features. He figured my B.A. in Latin and classical studies would give me enough traction to get the job done. Thankfully, it did… and I hit the books hard. Eventually, I could interview in Italian and tackle more complex coverage, from WTO protests to art-conservation technologies and controversial rulings on workplace sexual harassment.

But I’d seen what travel writing could be — and I was hooked! Good thing: I returned to the States in 2004 and editors were like “great, you’re a European expert. Back you go!” I wanted to explore my region, the Pacific Northwest, and Asia, Oceania and South America, though. So I started pitching and things just took off. 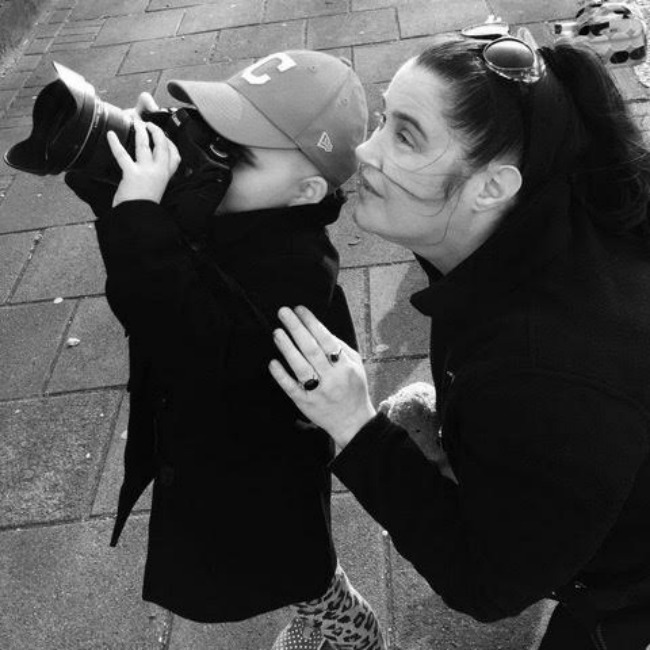 It’s been 7 years since you were last featured on TravelWriting2.com and you’re still going strong. What adjustments have you made in your career, if any, over this period?

I’ve been adding more nature, science and environmental writing to my dance card. Stories like this feel essential in such a toxic political climate: I want readers to remember the joy of wild places and get inspired to protect them!

In this time, I’ve stepped up to more national titles… and tripled my income, largely thanks to advice from my amazing partner Doug Spaulding. “If you’re not getting turned down as too expensive 40% of the time, then you’re chronically underselling yourself,” he said. This reframed risk and rejection for me. #CelebrateTheNo!

I also moved to teaching independently at TravelWritingMasterClass.com, after 12 years with the oldest writing school online. But I love that Julie Schwietert Collazo took over my Pitch Like A Honey Badger course and brought it to new heights there. 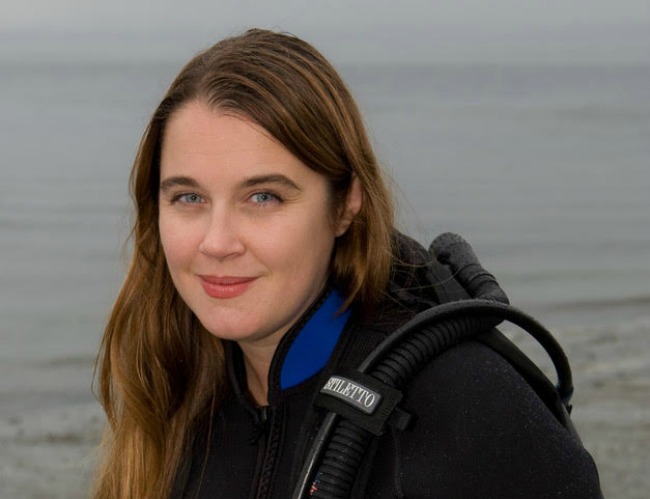 You launch-edited a Silicon-Valley startup and a British entertainment-and-current-affairs magazine chain. You also cover business for American Express’s magazine and consult on SEO and marketing for companies ranging from Island Outpost to a Parisian parfumier—all this along with teaching, traveling and writing articles. I’m assuming you only have 24 hours in a day just like the rest of us, what are your tips for managing such an extensive variety of projects… and still finding time to sleep?

Sadly, sleep has never been much of a refuge—I have several conditions that make me a bleary night owl! But I can fritter away time with the best of ‘em, don’t worry…

Workwise, I try to help along colleagues and do my absolute best on every project. But I don’t have much in terms of applicable wisdom, aside from “be relentlessly curious, take notes on everything and you can sleep on the plane!”

Let’s talk about social media. You and I are in some of the same Facebook groups for writers—women and non-binary writers specifically. How do you think these groups help (or hurt) our writing careers?

I love that many threads clarify the inner workings of the biz and offer opportunities for lesser-heard voices. They help disenfranchised writers vault over barriers to entry and advancement. Hopefully, that will soon allow our community to fully reflect America’s incredible, beautiful diversity. But for now, men—predominantly white dudes, natch!—still dominate at least 75% of national bylines and that ratio skews even more dramatically at some A-list titles.

At its best, social media reminds us to lift ourselves and our colleagues up! But I have also seen some ugly close combat in these feminist groups. It flat-out breaks my heart.

We’re allies, not enemies, but we waste energy tearing each other down, instead of trying to collectively change a prejudiced and broken system. 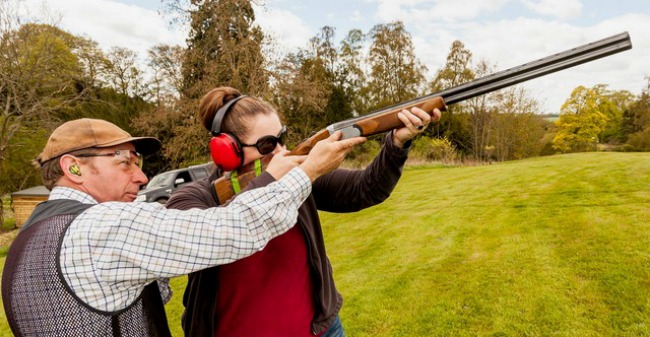 What projects are you currently working on (or have coming up soon) that you’re most excited about? And, by the way, you mentioned a future memoir in your last interview—we’re waiting!

D’oh! It might be a while still… I’ve fallen out of love with my own narrative, weirdly. The world’s so full of great ideas, characters, and things to experience that build community and connections with nature. All of that seems way more interesting to me than how a French Polynesian cargo ship helped me heal from divorce. So I’ve been diving with salmon, winter camping America’s most silent spot and covering cheap, reusable netting to clean up oil spills instead.

I feel incredibly lucky to have visited the first safari camp owned by the Botswanan Bushmen. The team belongs to the last generation allowed to hunt and gather their ancestral lands, where the Okavango Delta softens the harsh Kalahari Desert. Tourism helps them to preserve—and pay forward—this heritage, which touches us all remotely. (They’re the direct descendants of humanity’s most ancient bloodline, which flows in everyone’s veins.) Along similar lines, I’ll soon visit a remote Ecuadorean tribe, which is starting a transformational travel program that includes a solo night in the Amazonian rainforest. Both these projects weave into the same conversation: how can traditional communities welcome guests without losing authenticity? And can we celebrate their worlds beyond selfies and a sense of the “exotic other?”

Elsewhere, I’m reviving a workshop I taught in the Eternal City, Writingrome.com, and have been asked to draft a kid’s book about biologists using rescued dogs to find and harvest whale poop, which reveals a lot about the animals’ health without stressing out the orca pods. Working title: Doody Duty! Because I’m still a potty-mouthed third grader at heart… 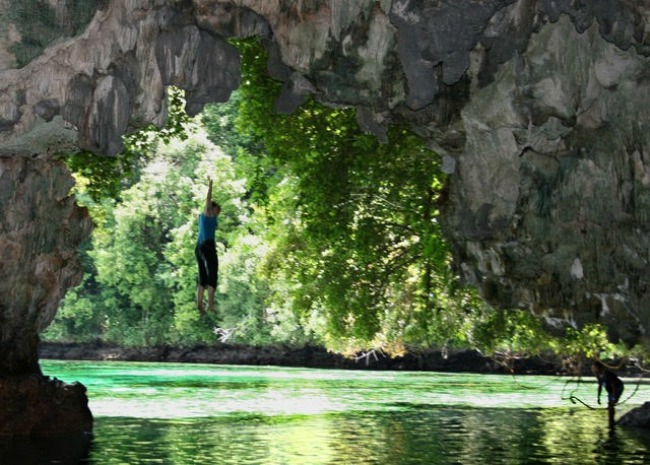 Finally, what would you consider your scariest, strangest or funniest travel experiences over the last few years?

Oh man, a lot of stuff has happened, from Squatching to Japanese fish pedicures, tattoos in Oceania and watching African wild dogs hunt (only 5,000-ish remain worldwide). But my absolute favorite is the 11-day, 1,100-mile wake we held for one of my besties, travel writer extraordinaire Edward Readicker-Henderson, who came of age in Alaska and died at 53 from Crohn’s and other illnesses. His beloved cousin and I brought Ed home—from Bellingham, WA, to Wrangell, AK—on the three-day ferry north that he loved so much. Then Captain Brenda Schwartz-Yeager of Alaska Charters took our small group up the Stikine, one of the last great free-flowing salmon rivers. A series of in-jokes led to the cremains being set alight again on a driftwood raft, which charged right towards an especially splendid, turquoise iceberg on Shakes Lake. The smoke mingled with the mist: the whole memorial was perfectly deep, poetic and ridiculous… and just to clinch the deal, we then camped at the public-use cabins, including where a bear ate a shrieky lady’s kayak in autumn 2015.

The Travel Classics conference now offers a scholarship in Ed’s name, which makes me so happy!

Amanda has contributed to 30-odd books, including Greece, A Love Story and Rome in Detail, as well as titles for National Geographic, Frommer’s, Michelin, DK Eyewitness, Time Out and Rough Guides. Despite her yoga-and-yogurt tendencies, she’s a former wilderness guide. Her Honduras scuba article won a Lowell Thomas award (travel writing’s ersatz Pulitzer). You can follow Amanda on Twitter and Instagram.