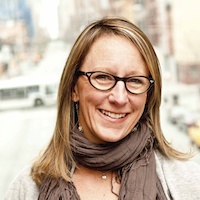 Sherry Ott took a career break from her corporate job in her mid-thirties and never returned. Today—over 10 years later—she is a long term traveler, blogger, and photographer with one goal in mind: to make you wish you were somewhere else. She writes about her nomadic lifestyle and around the world adventures on Ottsworld.com and her social media channels. Sherry joins us this week to share her story of life as a nomad.

What prompted your decision to walk away from your corporate cubicle and become a travel nomad?

I was 36 years old and had worked in corporate IT positions for 14 years without any real break. I climbed the ladder, moved around the country for my career, and accumulated a lovely life, apartment, and stuff—just like I was ‘supposed’ to do. However in my mid 30’s, I wasn’t really happy with all of the stuff, nor my career. I realized my career chose me; I didn’t choose it. I was at this weird crossroads of stay or change.

I decided I would take a career break (sort of like an adult gap year) and go out and do all of the bucket list stuff I wanted to do and contemplate change at the same time. I wasn’t an expert traveler; in fact I got my first passport when I was 30 years old. But I wanted to challenge myself and see where it would take me. I planned on a year off, but at that time I had always planned on coming back. I’m a challenge junkie, even in my life decisions, and this was the ultimate challenge.

I traveled around the world for 1 ½ years that first time. I fell in love with travel, came back, sold everything I owned, and decided to teach English in Vietnam in order to stay on the road. That’s really when I made the giant leap into ‘travel nomad’. I was free to roam, and have been doing so for 10+ years now. The only certainty in my life is uncertainty. So the journey has been an experiment with getting used to uncertainty and constant change. I move to a new bed about every 3 days on average, so it’s pretty unusual I suppose. However I slowly got used to the unusual and the ultimate freedom and flexibility I had.

The overall decade of living nomadically has been like a bell curve; the first 5 years was up, up, up. Then the last 5 years have been great, but it has also been a struggle at times. Slowly I started to become more isolated and the lack of roots and community started to take its toll. Plus each year my work as a blogger sort of changed and became more viable, but that also meant more work and moving more rapidly for that work. Gone were the carefree days of just roaming—and travel did turn into work—but a good kind of work!

My blogging work has taken me to all 7 continents and on some of the most spectacular adventures I could ever imagine. I’ve traveled with family all over the world and I’ve pushed myself in so many ways: it’s been a spectacular journey. 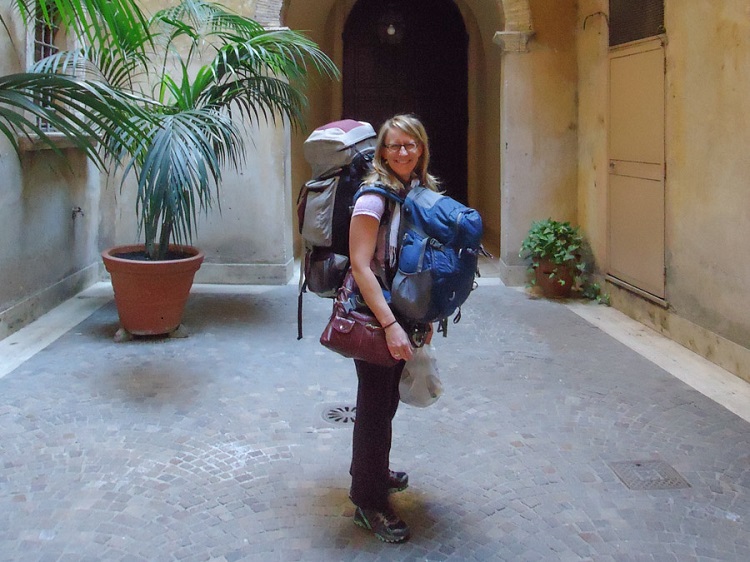 Is there anything about having a permanent home that you miss?

Yes—hangers! Living out of a suitcase is fun, but sometimes you just want to settle in and hang up clothes. I also miss having continuous relationships—ones where people really know you. It’s easy to meet people on the road, but it’s hard to have real close relationships. In addition, I miss a little routine in my life. I don’t have much day-to-day routine as I’m always a guest somewhere and it’s hard to establish a routine. 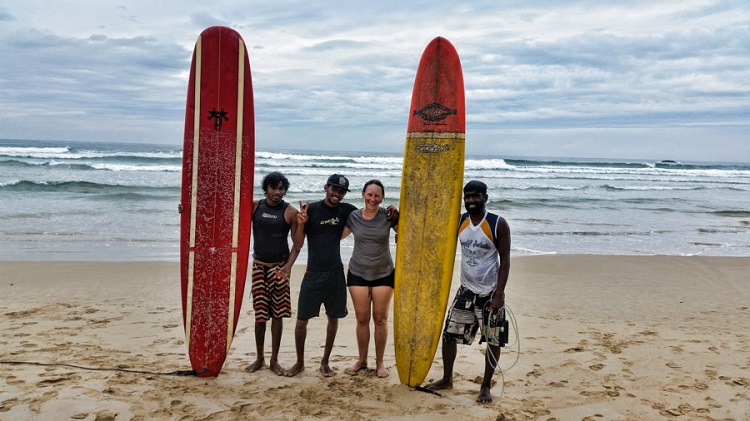 How have you managed to financially support your nomadic lifestyle?

At first, in 2008, I taught ESL and did website consulting, housesitting, and any other odd jobs I could find. But eventually the blogging industry took off. Social media became a force in our lives and that’s when my travel blogging and social media marketing work took off. Granted, ‘m not making loads of money like some big bloggers, but I make enough to live a simple life and support myself and that’s really all I’m looking for. All of my travel is paid for, and I stay moving and keep expenses down. 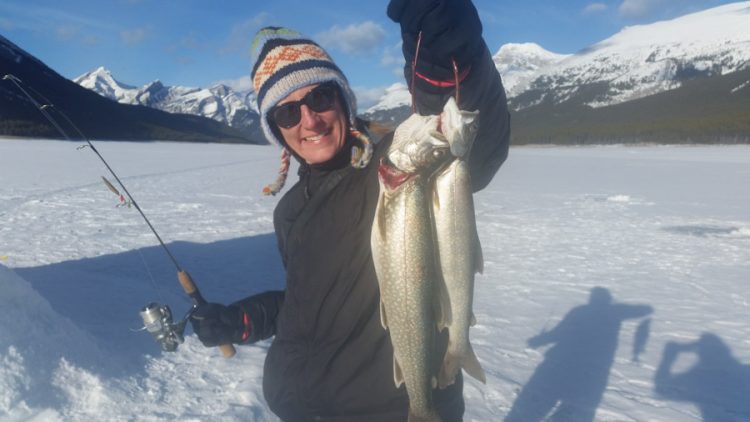 What advice would you give someone interested in following in your footsteps?

Give it a try, but realize that if you want to do travel blogging, it is a lot of work. There is so much competition now and you really have to run it like a business and not just a fun travel pastime.

Travel blog or not, I think everyone should take a career break at some point in their life and spend 3 to 12 months on the road to see what it’s like. You won’t believe all of the new skills you’ll pick up. Global travel is probably more useful than an MBA these days. And if you do go on a longer trip, don’t plan everything at once. Plan the first 1/3 of the trip and leave the rest open to see where it takes you. It’s ok to go slow else you’ll burn yourself out pretty quickly. 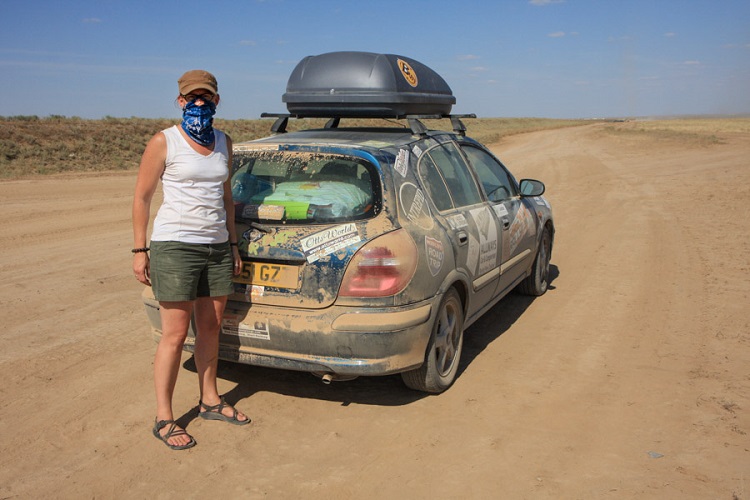 Share with us your top 3 travel experiences? Where were you and what made these experiences special?

In July 2011, I participated in the Mongol Rally with 2 other travel bloggers. The Mongol Rally is an unsupported road rally (for charity) from London, England to Ulaan Baatar, Mongolia. This was no fluff press trip…this was us against the open road, in a car that was not meant to be driven to these lengths. The motto for the rally was “If you know you are going to make it, then it’s not an adventure.” We crossed 10,000 miles over unforgiving deserts, perilous mountain ranges and non-existent roads. We faced the possibility of bandits, breakdowns and corruption while navigating our way through 11 countries and 2 continents. Oh yes, and not a one of us had any mechanical knowledge. Now that was an adventure!

In 2012, I decided to take the ultimate solo adventure and walk the Camino de Santiago across Spain. For 5 weeks, I walked 450 miles across Northern Spain following the Camino de Santiago Frances Trail. The Camino taught me many lessons, some funny, some painful, and some blissful.This was really the midpoint in my decade of travels and it was a time to really evaluate what I was doing and where I wanted my life to go. I met and made lifelong friends on that trip and even though I was solo, I was only alone when I wanted to be. It was a wonderful meditative and restorative slow adventure I recommend to everyone. 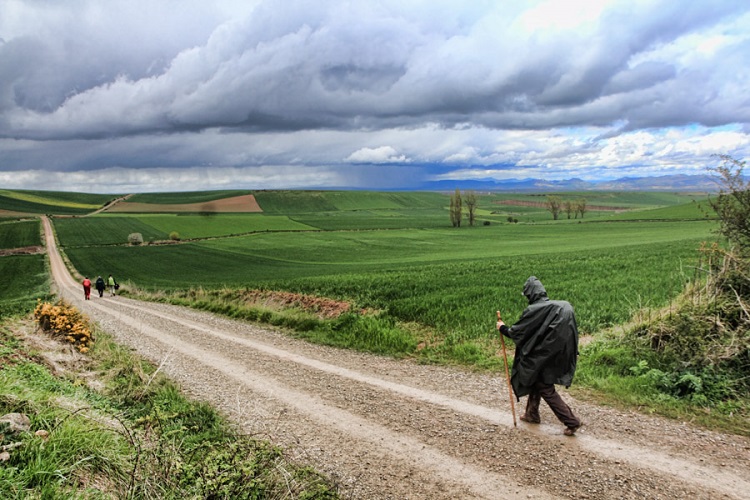 I went to Antarctica for the 2nd time last January and it was the most spectacular journey I’ve ever taken. As I continue to travel I am not as interested in mainstream travel/locations and so I seek out unusual and unique trips. This trip to Antarctica checked all the boxes! Each year 40,000 tourists visit Antarctica from South America through the Drake Passage to the Antarctic Peninsula. In contrast, only 500 tourists go the way I did, from New Zealand through the Southern Ocean to the Ross Sea. Why do so few people take this route to Eastern Antarctica and the Ross Sea ? Because it’s hard, unpredictable, rough, riddled with ice, and the journey simply takes a much longer time—it took me 28 days on a small expedition ship bouncing around in the Southern Ocean. But the journey can also be exhilarating, and I’m the type of person who looks at those words and thinks “yeeessss, a real adventure!” I wanted to go to Eastern Antarctica because it was unique and I like going the hard way, where few people tread. More than anything, I like to really explore.

Sherry Ott has lived in Vietnam, hiked the Annapurna Circuit with her father, drove 10,000 miles from London to Mongolia in the Mongol Rally, walked across Spain on the Camino de Santiago, kayaked in Antarctica, and drove an auto rickshaw across India for charity. She continues to seek out epic adventures to intriguing places, challenging herself, and inspiring people to overcome their fears and reap the benefits of travel. You can follow Sherry’s adventures on her blog at Ottsworld.com and through her social media channels: Twitter, Facebook, Instagram, Pinterest and YouTube