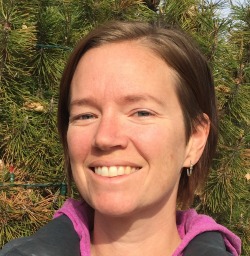 Stacey McKenna learned to appreciate motion early as she shuttled between the D.C. suburbs and Phoenix’s Sonoran Desert. She has called eight states and five countries home. Eventually, love and a PhD in anthropology landed her in the foothills of the Rocky Mountains, and Fort Collins, Colorado now serves as home-base for explorations near and far. An avid climber, she frequently ventures around the western US, reveling in the high desert’s wide open skies and humbling harshness. Stacey joins us this week to discuss her unusual career path from anthropologist to travel journalist and to share with us how freelancing is working for her.

Really, the same things drew me to both careers – I’m interested in learning about all kinds of things and I like telling small, interesting stories in their bigger-picture context. I originally came to anthropology because I love the world’s diversity of languages, cultures, and landscapes. As a student, I also got to explore all kinds of topics. But as a professional researcher, I found myself focusing deeper and deeper within my expertise. It was great to become so familiar with something, but left me feeling like my other curiosities were neglected.

I decided to make the leap to journalism in part because finding a long-term academic job would have required some personal sacrifices I wasn’t willing to make, and in part because I felt a bit stifled by academia itself. On top of having to narrow and narrow and narrow my focus, I knew that all this research and writing I was doing wasn’t reaching an audience outside of academia, and that was frustrating. What was more frustrating, is the way the system is set up, I wouldn’t be rewarded for working to be more of a public scholar.

Since my favorite parts of my academic job were learning from people and writing, the transition to journalism was natural. In fact, a former colleague recently joked that journalists are just really fast anthropologists. As a freelancer, I have the flexibility and freedom to keep a schedule that fits better with my personal life than academia ever did.

I love that I am constantly learning about all kinds of things. This year alone, I’ve written about a brewery that sustained a city under siege, Colorado farmers who are trying to protect local land for agriculture, and a plan to use cloning to revive an extinct breed of horse. Travel writing in particular offers such a special opportunity to tell unexpected stories and learn about unusual places. 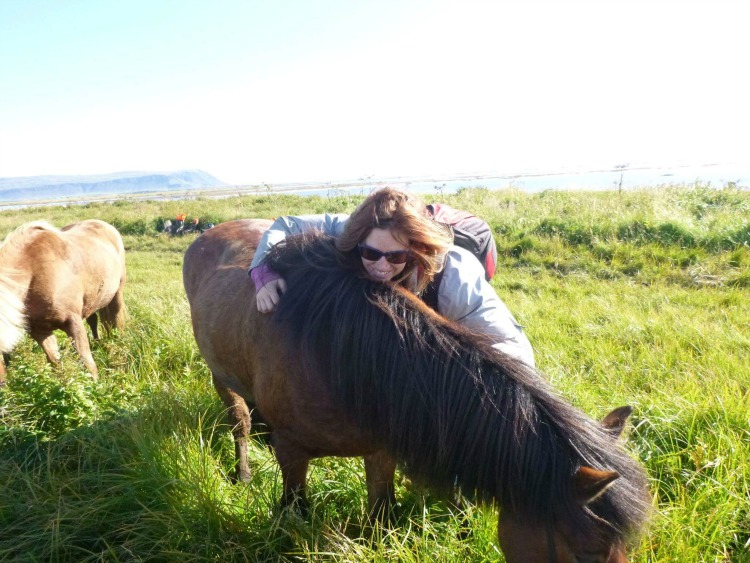 When it comes to making a living as a travel writer vs your work as an anthropologist, what are the challenges and/or similarities you’ve seen? Pros and cons…

So, I never had a tenure track position as an academic. I was what we called “soft money,” meaning I applied for grants that would support research and pay my salary. Sometimes I would teach as an adjunct. This track gave me the flexibility I craved, but I only had income if I was hustling and writing grants all the time. That part of it really prepared me for some of the major challenges in freelance journalism.

The lack of financial security that can be daunting in the early days of freelancing wasn’t as scary for me, because I always had that pressure on me as a researcher, although the timelines were much much slower in academia. I’m also pretty comfortable with rejection thanks to my time as a scholar. I can take criticism on my work, learn from it, and move forward without taking it personally. This is essential in freelancing and in becoming a better writer.

One of the biggest challenges at first was learning how the industry works. I spent years learning how research and academia work, but since my degree isn’t in journalism, I came into this new career with a lot of questions and uncertainty. Maybe because freelancers sometimes feel like they’re competing with one another, things like rates and how or who to pitch aren’t always transparent. Fortunately, a few classes, mentors, and online groups have been incredible support systems as I’ve learned the ropes. Even better, now that I’m becoming more familiar, I get to pay it forward.

The other big difference is in the fact that I’m always learning about so many different, often unrelated things. Sometimes it’s a struggle to constantly shift mindsets, and I can feel scattered or overwhelmed. But ultimately, it’s worth it!

You’ve had articles published in a wide variety of successful publications including Hemispheres and Atlas Obscura, what has helped you to break into these markets? And what tips would you offer to someone looking to have similar successes?

As cheesy as it sounds, investing in myself has been key for starting to break into these publications. I’ve spent time and money taking classes with established journalists—Amanda Castleman and Julie Schwietert Collazo—both offer great ones. And I go to conferences and media markets to network and learn about opportunities on the horizon. But another important part of getting into any market is knowing it and having the perseverance to keep pitching. I’ve pitched stories for a year or more before they found a home. I happen to know you’re an equestrian at heart as well as an avid rock climber. Have you been able to use your personal interests to expand your writing career?

YES! But not in the way I expected them to. I’ve yet to write for a climbing publication, but got my first byline in an in-flight magazine by writing about a climbing area in Thailand. And when I came to journalism, I didn’t want to write about horses. That changed quickly when I realized that it’s not just a lifelong passion, but something that I can write about for a wide range of audiences. So, now I write about equestrian travel and have even published a couple of horse-related science stories.

The trick with this that I didn’t realize at first is that I don’t have to write about horses only for other equestrians. Being able to write about my personal interests for a wide variety of publications cracks open the opportunity to find different angles, which is essential for earning a reasonable income.

If you were starting over on your path to travel writing, what (if anything) would you change along the way?

Sometimes, I wish I had a journalism degree and had cut my teeth on staff at a newspaper or magazine. But, honestly, I wouldn’t change anything. I think my path to journalism, as wandering as it was, gives me a unique perspective. Name your top three travel experiences: Where were you and what made each experience special?

In the summer of 2016, I went horse-trekking in Kyrgyzstan for 8 days. It was an incredible personal journey for me. Central Asia and its horse nomads have captivated my imagination for over a decade. The landscapes didn’t disappoint and the mountain-ready horses were some of the coolest I’ve ever encountered. The trip helped me regain my confidence as a rider after some bad experiences and spending so many days and nights in the cold and soggy alpine backcountry really pushed my desert-acclimated body out of its comfort zone.

This summer, my husband, dog and I went to Wyoming for the solar eclipse. My town was supposed to get pretty close to totality—like like 96%–but I’d written a story about it so had been talking to astronomers who insisted I get into the path of totality to experience the full eclipse. Since Wyoming’s kind of our alternative stomping grounds, Mike and I didn’t really make plans but headed up a few days before the eclipse. We ended up camping on this finger ridge in the eastern Medicine Bow Forest and as the day of the eclipse approached, the ridges all filled with people there to witness this incredible event. Rangers said that that area—which had only seen 20 people since the beginning of the year—had 1,000 campers for the eclipse. It was so powerful to share the experience in a part of the country that’s usually so empty but that was so full of other excited onlookers. The 360-degree sunset from the top of a ridge wasn’t terrible either!

In 2014, just before I made the decision to leave academia, Mike and I went to Southeast Asia together. We spent most of the time in Thailand, where we climbed in a bamboo forest outside of Chiang Mai and on the oceanside cliffs of the Phra Nang peninsula, but we also spent a few days in Malaysia and Singapore. It was my first international climbing trip so it was a big adventure, but it was also just one of the purest fun trips I’ve ever taken. We hung out at an elephant sanctuary, I ate my weight in curry, we simultaneously chickened out of a hike because of monkey troupes, we spent hours in an orchid garden. Seriously, it was just so fun.

Stacey is a Colorado-based freelance writer specializing in travel, nature, science, and adventure. Whether airing out family roots over homemade Rakia or excavating the truth behind a Bahamian wild horse extinction, she’s always on the lookout for deep stories with wide angle context. She has written for a range of print and online publications, including Hemispheres, Colorado Life, Sierra Online, Atlas Obscura, and Smithsonian Travel. Learn more about Stacey’s work at www.staceymckennawrites.com.