We could probably run a fun psychology experiment on what comes to mind when you see that headline above, but in this case the P-word is rather mundane: “persistence.” 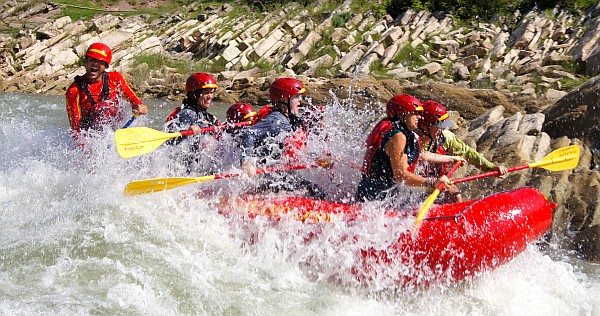 This spelling bee favorite was also a favorite in my recent survey that garnered more than 75 responses from travel writers. I was gathering info for the next version of Travel Writing 2.0 and there were two questions about success. The first was first-person: “What has led to your success as a travel writer or blogger?” The second was about the field in general: “What separates the successful travel writers and bloggers from the rest of the pack?”

You’d think those questions would get similar results, but I framed it that way because I knew they would not. What works for me might not work for you and what works for the most successful may be tough to stomach for those not willing to sell their soul.

There’s one word, however, where the two paths converge, and that’s persistence. (A close second was the similar “perseverance.”) It’s the one quality that successful travel writers admire when looking in the mirror and when they’re looking at others. To put it another way, if you’ve paid your dues and stuck it out, in the face of adversity, you deserve respect. It’s a badge of honor for ourselves and something we respect in our peers who haven’t given up.

This word persistence encompasses a lot of different aspects of freelance writing and blogging, and there are offshoots of it that came up time and time again. There are a lot of references to patience, to hard work, to not giving up, and to bouncing off rejections from editors instead of getting demoralized. Here are a few quotes from the survey that stand out.

The key to my success has been persistence, definitely. I used to think it was also the fact that I’m a pretty good writer (he said modestly) but that matters less these days as I see people who simply cannot write still making a living from travel writing.
– Mike Gerrard

I’m nothing if not persistent. Every time someone said no I redoubled my efforts. And I pitched way outside my league, sending ideas to big-time outlets as if I were somebody they should consider hiring. Then one of them did. And sometimes, to my great surprise and delight they came to me.
– Dana McMahan

The keys to my success have been persistence, consistency, and quality.
– Gary Arndt

You never know where or when your big break is going to come from. But you definitely won’t get it by doing nothing.
– Peter Moore

If you look at the introduction to the second edition of The Four-hour Workweek, a massive bestseller that you could say spawned the whole location independent movement, you’ll find that the first edition got rejected by 26 out of 27 publishers. Many of the recent “Amazon millionaires” who have self-published faced similar letdowns over and over. More than once I’ve had a story rejected or ignored by an editor only to sell it to someone else for more money—or publish it on one of my own sites and see it get read by more than 100,000 people. 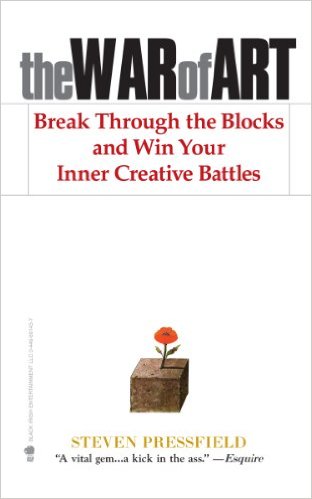 So the first question to ask if you’re really struggling as a freelancer or blogger is, are you giving up too easily? The next one is, are you hell-bent enough on this career to really make a living from it? If you’re a part-timer, do you still give 100% to every gig or blog post and do the best you can do in the limited hours you have available–despite anyone implying that you should just quit?

A favorite book among entrepreneurial people operating in creative fields is The War of Art by Steven Pressfield. If you haven’t read it yet, stop reading this blog right now and go buy it. Read it before you watch another hour of TV or fritter away another hour on Facebook. Then also buy his follow-up Do the Work. Those two books will tell you everything you need to know about overcoming resistance, forging on, and yes, getting shit done instead of finding excuses to put off what matters. (Hint, what makes you feel “busy” is probably not what’s going to get you to where you want to be…)

People will try to discourage you. Online trolls will tell you that you suck–especially when you try to sell something. Your well-meaning relatives will hint that what you’re doing is kinda nuts, immature, irresponsible even. Your own brain will play tricks on you and try to convince you that maybe you should do something respectable instead, like becoming an accountant or going to work for a law firm. If you have something to say and you can’t imagine a life without regular travel, however, you need to fight that resistance with a strong sword and unwavering commitment.

In a word, persistence.