What do editors of Yahoo Travel, Nat Geo Intelligent Traveler, and two airline magazines want to see in their inbox? And what annoys them to death? 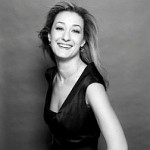 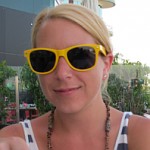 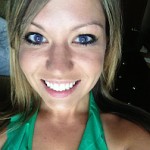 Anyone who attended the recent NATJA Conference in Puerto Vallarta got to hear the answers to those questions first hand. I was there speaking on the blogging success panel, but I took good notes in the popular editors pitching panel one to share here. No, I’m not giving you their contact info: you gotta pay to play for that—as in be serious enough to attend conferences like this where you can meet them face to face. (The next NATJA conference will be in Oxnard, California April 4-7, 2016.)

On the mic were the following:

Editors have different preferences according to how their publication works and how they organize their day. Here are some common threads though that all three agreed on.

Short and Smart Pitches Are Best

Take the number of e-mails you get each day and multiply that by four or five to imagine what these three people have to slog through—even though Paula has Annie Daly to actually field queries and make assignments. So long drawn-out query letters that take five paragraphs to get to the point will be quickly deleted. So will ones that don’t quickly answer the essential questions: “Why you?” “Why for us?”

You need to quickly and succinctly show 1) You know the publication, 2) You can explain why this is a good idea that is right for them, and 3) You can show why you’re the person to write it.

Paula Froelich said, “If you can’t grab me with the subject and first sentence, it’s probably not going to happen. It also shows your writing skill if you can get across an idea in a succinct manner.”

Jacquelyne Froeber said, “I prefer a quick but thought-out pitch. Explain to me in three sentences why it’s a fit after telling me where it would go.”

Leslie Trew Magraw said, “I like short, fleshed-out pitches. We want to know you have studied the publication and know where the story would fit.”

All three mentioned that your track record is not the be-all, end-all, but it does matter a lot. If you have credentials as someone who knows the place or subject well, get that in there early.”Yes we want links,” said Jacquelyne. “Show us a portfolio site or links to your clips if we don’t know you.”

Paula added though that for writing style they would rather see blog samples than highly edited magazine pieces. “We want the raw writing, the real you.”

Don’t Be a Self-absorbed Jerk

“Sell yourself, but don’t oversell yourself” said Leslie and this got a vigorous nod from the other two editors. “I’m not a fan of meglomaniacs, and there are a lot of them. If you’re taking selfies all the time and are obsessed with yourself and what you’re doing, you’re probably not getting a good story. I don’t think there’s anything that turns me off more.”

“I’m not a fan of bad behavior,” said Paula. “We all would much rather work with people we like.”

This applies to follow-ups too. “I get more e-mails than I can possibly answer and more than one follow-up is obnoxious,” said Jacquelyne.

“Being persistent, annoying, and not helpful is a real turn-off,” added Leslie.

Be Helpful and Professional

It shouldn’t be news to any serious freelancer, but making a busy editor’s job easier goes a long way in getting the first and subsequent assignments from that editor.

“I love it when people put links in the article or at the end to show sources,” said Leslie. “Be as helpful as possible. Some obscure things are hard to fact check. I feel more confident about publishing a story if there are sources linked.”

Paula mentioned that taking a minute to think about what the editor probably wants from you is always a good idea. “Don’t give us more work. Make it easy on us.”

Prove Yourself and Be Honest

Paula mentioned that Yahoo Travel sometimes gets pitches from people asking to do a weekly column when they haven’t even gotten one piece accepted and people pitching huge epic journeys instead of an easy-to-explain angle that will get lots of clicks. As has always been the case, you need to prove yourself on something small before you can graduate to something huge and this was echoed by all three editors. Once you prove yourself and they trust you, then you’ll get more work.

This applies to press trips and disclosure as well: what are you getting out of the trip? “Yahoo is okay with press trips as long as we trust the writer,” said Paula. “We’re putting up 10-17 articles a day, so it’s an economic necessity. But don’t promise anything to the provider in writing or verbally.”

“Nat Geo allow press trips for our online site if it’s a writer where we have a relationship,” says Leslie. “But we try to get the destination to allow down time to pursue a real story. If the schedule is too packed, it’s very hard for it to work for us. ”

“For Celebrated Living and American Way we just want to be sure it’s a good fit for what we publish,” said Jacquelyne. “We don’t promise anything specific and neither should the writer.”

On a final note, I’ve heard different preferences from other editors, but for these three, no phone calls please and only one idea per query/pitch.