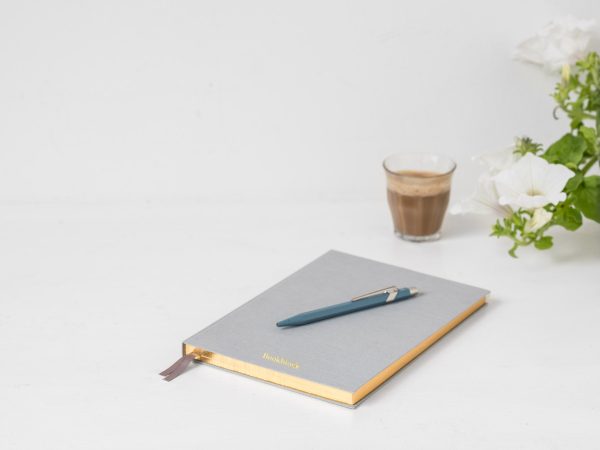 Is your writing kind of…blah? Are your articles just kind of laying there, not moving anyone to emotion or action?

I made the point several times in the book that Travel Writing 2.0 is not a lesson on how to become a good writer. There are plenty of other books that do that very well already. Mine is about making money from the craft instead of being a starving artist.

Having said that, I am the editor of Perceptive Travel, a narrative online magazine that wins “best travel writing” awards every year and has gotten quite a few stories into anthologies. So apart from how good my own stuff may or may not be, I think by now I’ve got a pretty good eye for good writing. I have a strong sense of what separates the good and the great writers from the ones who need a whole lot of help. It’s usually obvious within two paragraphs whether someone has a) lots of practice b) a history of steady improvement, and c) a sense of what will engage the reader.

If you want to write stories with lasting value, read some good books and/or take some good classes. For the impatient though, here’s a cheat sheet on where to start. 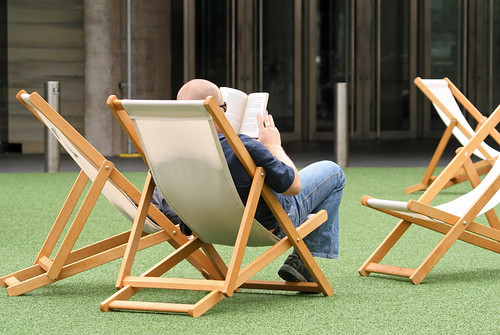 I’m amazed at how often I ask other writers what they’re reading these days and they’ll say something like, “I wish I had more time to read” or “I’ve had the same book on my nightstand for months.” This indicates a serious imbalance in priorities. Most really do have the time, but they are binging on TV shows instead, or screwing around for hours a day on Facebook.

Good writers are almost always voracious readers. People who read literature, who read quality magazines, who read great narrative non-fiction writing—they display that in their work. Those who don’t often sound like amateurs. It’s hard to be a master violinist without ever listening to other great players and it’s hard to be a master writer without knowing what’s great—and why. Read good stuff from multiple genres, but the travel writers who still have books in print a couple decades after they wrote them are a good place to start.

Very few Oscar-worthy movies start at the beginning and proceed from one scene to another in a completely linear fashion. Even the seminal TV show 24, happening in real time, would bounce from one overlapping story line to another, from bullets blazing to quiet dialogue.

Most creative non-fiction, be it a biographical profile or a travel story, should pull you in somehow in the beginning and make you care enough to keep reading, with whatever setup is the strongest, timeline be damned. Starting out with your taxi ride from the airport and giving us a blow-by-blow account of everything you did after that is not an article. Heck, it’s not even a good blog post. It’s a journal entry. Here’s a great example of the opposite of that, something that won a travel writing award: Showdown at the West Esplanade Canal. Or this one: A Spanish Death in the Afternoon.

3) Know the answer to “What’s this story about?”

Whether a piece is 400 words or 4,000, the theme should be very clear and most paragraphs should tie into that theme somehow. If you get to turn in something that’s 4,000 words, then great, but that doesn’t mean wandering down blind alleys and including whole sections that don’t support the angle in any way. If you find yourself stuck while writing or editing, this is usually the main reason: you’ve gotten off track. If you have to sit in a quiet place for an hour for the theme to coalesce, then do it. If the answer to “What’s this story about?” isn’t clear, it’s not finished yet. Or there are sections that need to be chopped.

And don’t just say, “It’s about Cuba” or “It’s about Bangkok.” That’s not a story, it’s a guidebook page. Unless you’re writing for a small-town newspaper, AAA magazine, or lame website only trying to get search engine hits, just running down the sights or activities somewhere is lazy and boring. Most editors won’t want to touch it and readers won’t want to read it unless they’re just looking for a quick idea.

Every place has at least a dozen angles that haven’t been done already, even in tourist mob places like Venice or Amsterdam. Act like a real journalist and find one.

Related to both #2 and #3 above, this is what most often separates the amateurs from the masters. A great article writer, like a great photographer, will look at 100 potential scenes and pick the four that are really good. In the writer’s case, those four will also support the theme. An amateur travel writer—and some stay at this stage forever—will try to cram in everything they saw and every place they visited. Most of those stops can and should be left on the cutting room floor.

Focus on what’s interesting and what can be tied into an overall theme. Use the rest for short front-of-book magazine articles, quickie blog posts, or just photos to share on Facebook. Examples from trips that lasted a week or two but didn’t fly in a dozen directions: Learning to Walk Fully in Thailand and Unbalanced in the Sinking City. (Yes, that second one is mine, but again, both won a bunch of awards…) 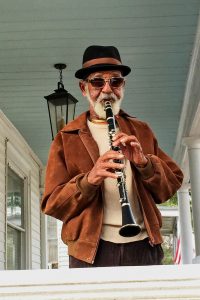 This is not always easy (or even feasible for something like a solo hiking or sea kayaking trip) but when you have the chance to use real quotes from real people, your work usually takes a big step up. If the quotes are from subject experts or people who live there, even better. This contributes to the “show don’t tell” effect of you not having to explain or pontificate on every point and it makes the story less self-centered. Points off though if your quotes are only from cab drivers, guides, and bartenders. Get out of the cocoon, wander, and listen. You might end up with a great story like The Medicine Man in Benin or Meeting Reggie.

This is the most common mistake with experienced magazine writers used to someone else cleaning up their messes. I once edited a 2,000-word feature story that had 61 dashes in it. Eleven of those were just in one paragraph. I wish I could say this was a record for me as an editor, but I doubt it was. It happens all the time.

I love dashes: they’re a great way to set a parenthetical phrase apart, or to duplicate the cadence of a real conversation in a piece of dialogue. But like a jar of Tabasco sauce, they should be used sparingly, not liberally sprinkled on everything.

List articles get lots of clicks, so content farms love them and bloggers who live for the rush of a traffic spike love them. Magazines that sell a lot of newsstand copies love them. So in all forms of media, they spread like a cancer. But like dashes, articles with a number or superlative in them should be used sparingly. Nobody ever wins a writing award or gets remembered as a writer because of a dumb top-10 list article unless it’s downright hilarious. I promise you won’t see another one here for a few months, maybe more…