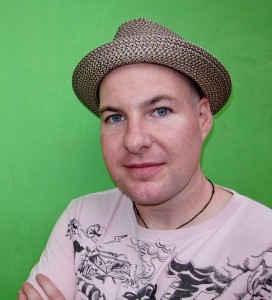 David Lee launched Travel Blog Success in 2010, a membership-based community where he helps educate travelers on how to start and promote their own blogs. David also runs Gobackpacking.com, a popular travel blog for backpackers and independent travelers. His success in the travel industry is both admirable and exciting, as he has learned how to use digital media and social media marketing to reach a large and diverse audience. Today, he shares some of those secrets with us. Enjoy!

Your GoBackpacking.com is one of the most successful ones out there in what has become a ridiculously crowded field of long-term budget travel blogs. How have you built up such a sizable audience and kept ahead of most of the pack?

Longevity and consistency are the two biggest factors. I got my toes wet with travel writing for an online audience as far back as 1998, when I transcribed a handwritten journal from my first backpacking trip onto a Geocities website (in HTML, no less). People were reading the whole thing, and asking me questions, so I decided to buy a domain in early 1999 and continue adding content.

But in 2001, I stopped working on the site due to the lack of easy-to-use software, and my own lack of new travel experiences. I dusted it off in late 2006, and once I discovered WordPress, began learning everything I could about blogging in advance of a trip around the world.  During 14 months of continuous travel, my goal was to provide a new blog post every day. There weren’t many travel blogs on their own domain in 2007-2008, let alone ones providing fresh content on a daily basis from over a dozen different countries. When my trip came to an end in 2009, I made the decision to open the blog up to contributors, which allowed me to publish content related to many more countries than I’d experienced, as well as to present female perspectives on budget travel. It was a strategic decision to broaden Go Backpacking’s appeal by making it about more than my own experiences and beliefs.

In 2011, I transitioned to paid contributors, both of whom have been writing for my blogs for several years.

What was your history before you started traveling and blogging and how did you take it from a hobby to a real business?

During my 20s, I worked in customer service management for two start-ups, a dot com and a healthcare company. I was lucky that both companies allowed for 3-4 weeks of vacation per year, but it still didn’t seem like enough when I was meeting backpackers on multi-month, or year long trips around the world.

I felt inspired by the idea of taking one long trip around the world, and worked for five years to make it happen. I began the Go Backpacking blog 11 months before my departure date, and spent most of my free time after work each day (and on the weekends), reading everything I could about blogging. Back then, there was far less information available on the topic, nor was social media the force it is today.

The investment in time before my trip paid off as I was able to focus on generating content as I traveled, instead of learning WordPress or how to make money.

As the years passed, I was making more and more money through various forms of advertising and affiliate marketing, as well as accepting donations from readers. The trend was heading in the right direction, and I knew that if I could buy myself enough time, I’d be able to earn enough money to support myself living in Medellin, Colombia.

In 2010, to supplement the money earned from advertisers, I launched Travel Blog Success, a membership-based community where I would help educate travelers on how to start and promote their own blogs. By mid-2010, I was earning my goal of $3,000 per month, and moved to Medellin.

From 2011-2012, I did a lot of traveling, and didn’t continue to diversify my income streams. As a result, my annual income as a blogger decreased for the first time in 2013. It was a wake up call that I needed to begin investing time and energy into developing new products, instead of depending on advertisers.

When you moved to Medellin you started sharing your knowledge about the city on Medellin Living. Did you expect it to also become a success or was that a happy surprise?

I began the Medellin Living blog within a week of arriving in the city, because nothing like it existed in 2009. There were a handful of poorly designed sites with ads plastered on them, but based on my experience with Go Backpacking, I knew I could do better. My gut instincts also told me Medellin was far too beautiful to remain a secret much longer.

I knew that if I began the blog and established it and myself as an authority on travel to Medellin, it might take a year or two for it to pay dividends, but that the potential was there to earn money. Until then, I considered it my passion project.

In 2013, I self-published my Medellin Travel Guide, and started to become more proactive about building promoting a handful of Medellin-specific affiliate products.

I know you have a travel guide e-book for the city that you’re in the course of updating. From that experience, what advice would you offer to someone else looking to self-publish and launch a destination e-book for their city?

Once you decide to write your own e-book, don’t stop or give up until it’s published. Try not to let perfectionism slow you down. Leave your second guessing for after you’ve written the first draft, otherwise it’ll slow your progress down to a crawl.

I also recommend investing in a professional editor to clean up punctuation, grammar, and spelling mistakes at a minimum, if not offer feedback on content and organization. The other two expenses are paying for a nicely designed cover, and someone to format the e-book.

I spent $1,350 to create the Medellin Travel Guide, which might sound like a lot, but I made it all back within the first five months it was on sale. If I had a more aggressive marketing campaign, it would’ve been even faster.

It looks like you’ve gotten interviewed a lot by the media. Have the blogs also led to income in the form of freelance assignments or other work? 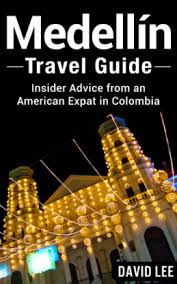 My first freelance writing assignment was the result of Medellin Living. An Editor for AskMen.com contacted me in 2009. They were doing a special on best cities to live in around the world, and I was tapped to write about Medellin. Though they didn’t ultimately use Medellin in their list, they did publish the article, and that lead to me writing two additional articles for their site. Over the years, a few other paid projects have come my way, but I do very little freelance writing. When writing for others, whether a paid assignment or the occasional guest post, I put a lot of pressure on myself. It can feel torturous at times, so if I’m going to struggle, I prefer the story be published on one of my blogs instead.

What advice would you give to travel blogger #8,463 just starting out right now?

Make sure you’re passionate about your niche. I’m entering my eighth year of blogging about travel, and I’d never have lasted this long if it weren’t a topic that could inspire me, on an almost daily basis, to write.

Everything else, including money, is secondary. On the other hand, if you do begin a blog on a topic you’re passionate about, it can lead to a whole new career and life.

David Lee is the Editor and founder of two popular travel blogs, Go Backpacking and Medellin Living. He also co-founded Travel Blog Success, a community to help travelers build better blogs. When he’s not writing, he enjoys salsa dancing and trying new restaurants. David is based in Medellin, Colombia.

Interview conducted in February, 2014 by Tim Leffel and edited by Kristin Mock.