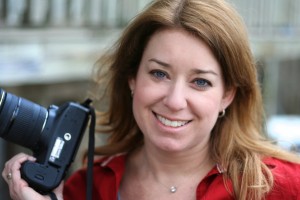 Lisa started out as a TV producer in Chicago–and now she’s running LL Media, a video consulting business, speaking at writing and blogging conferences, and blogging about her adventures on her travel blog, LL World Tour. In our interview Lisa talks about getting over the fear of pitching editors, the importance of a good query letter, and why video production is so important to the travel industry. Enjoy!

Lisa, what inspired you to start your travel blog, LL World Tour? How did you learn the ropes and what advice would you have for others?

In 2006, I quit my TV producing job at ABC in Chicago and chucked it all to travel around the world. I started a blog simply as a means to keep in touch with those interested. It organically morphed into a place I tried to share interesting travel stories and finds; a quasi-sketchbook of ideas that I would later pitch to traditional and online publications.

Like so much in life, I learned while doing; I met other bloggers, joined networking groups, attended (and later spoke at) blog and travel conferences.

In addition to blogging and making videos, you also have an impressive list of magazine and newspaper bylines. How did you initially get started and were you primarily freelancing?

Since I was already a professional writer and broadcast journalist, it was a natural progression for me to start submitting some ideas to publications. Even though, I’d taken a “year off”, I quickly learned that I still can’t just “do nothing” and crave structure and a purpose in my life. So, although in some ways it can be seen as a step back (from broadcast to print), I took the time to research and learn how to pitch magazines and other print outlets, and just took a shot.  Eventually, my pitches started getting answered and now I would say I do this “part-time” while doing all my other freelance jobs (video consultant, blogger, speaker, ebook author).

What would you tell someone who was trying to break into freelancing?

Definitely give it a shot! That’s the beauty of freelance. You can step in and out whenever you want and with the amount of resources on the Internet, it’s much easier than it used to be to at least try.

But first, and most important, learn how to do it – how to write a proper query letter, what your publication is looking for, submission guidelines, where it fits in their publication, etc. The more research you do and the more focused you are, the better your chances. And of course, write good copy.

How do you see your income stream changing in the next five years?

I am still trying to figure this out as I go! In some ways I still can’t believe it’s been seven years now since I quit my full-time staff job. This whole process has been a learning curve for me and it fascinates me that I’ve been able to cobble together a new career doing a variety of things that I (mostly) love to do!

I’d like to have more time for my freelance writing and photography. I would also like to have time to market my video consulting services more as I think this business has great potential since so many need to learn how to produce better videos.

In one of your recent posts, you talk about what it means to “live like a local.” Could you expand on this for us? How has adopting this philosophy changed your writing? 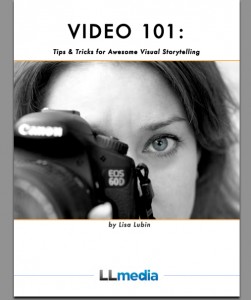 The more I travel, the less I try to “see” and the more I just want to “hang out”, meet local people, and eat! I really don’t have a desire to do quick trips anymore. I prefer slow travel where I can unpack my bag, stay for a while, and immerse in a new place, its culture, and people.

And for those of us who weren’t able to attend TBEX, tell us some of the highlights from your session on video.

Nowadays, so many are learning the importance of video as a great marketing tool. But many bloggers, start-ups, or entrepreneurs don’t have the funds to hire a big production company, so they are trying to create their own videos. But you want your video content to match the quality of your other content. There are easy ways to improve your video and make it look less amateurish and more professional without having to invest in expensive gear. In my panel at TBEX and in my consulting sessions, I teach practical tips and give advice on shooting, sound, editing, and writing for video.

—
Lisa Lubin is a three-time Emmy® Award winning television writer, producer/director, photographer, and video consultant. After more than a decade in broadcast television she decided to take a sabbatical of sorts, which turned into nearly 3 years traveling and working her way around the world.  She documents her (mis)adventures on her blog, LLworldtour.com, with photographs and articles from the road/train/rickshaw/camel.  Her writing and photography has been published by American Way Magazine, the Wall Street Journal, the Chicago Tribune, Smithsonian, the MalibuTimes, Encyclopedia Britannica, and the Huffington Post. She also runs LLmedia, a video consulting business. You can follow her on Twitter @LLworldtour and her Facebook page. Lisa loves cheese and kittens, but not together.