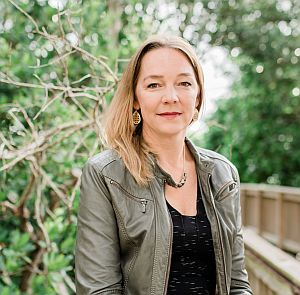 We first interviewed freelance writer Terry Ward on this blog back in 2012, so it was time to catch up with her again for an update. In 2000, she left her full-time job to strike out on her own and has since been published in places like CNN, National Geographic Travel, Afar, Fodor’s, Scuba Diving magazine, the Washington Post, and many others. Check out our interview below, in which she talks about making a living as a freelancer, being a go-to person for a region, and how to deal with those early rejection letters.

How did you get into travel writing in the first place and what was your first big break?

My first (and only) office job was right out of college, back in 1998, as a copywriter in an advertising agency. So from the start, I was earning my living from writing. But I always found my thoughts too wordy for the brevity of the ad world’s slogans and taglines. Longer form writing always interested me far more. After two years at the agency, my boyfriend, motivated by chasing surf around the world, convinced me to leave the corporate world and join him in Australia and New Zealand for a year. I started writing long blog-like emails home (this was before blogging was a thing) and realized I really liked sharing my travel experiences with, well, pretty much my entire email list.

After that year abroad, we returned to Florida and I decided to look for a way to merge my love of travel and writing. I saw a call out in the Orlando Sentinel, my local paper at the time, for readers’ stories for a weekly feature in the travel section called “Being There.” I submitted a 150-word blurb about an experience I had traveling in Sulawesi, Indonesia, and a few months later the travel editor called me to say she wanted to run it and did I have a photo to go along with the piece that I could scan or mail to her? (This was the very early days of digital cameras). I asked her if it would be okay if I just brought the photo into her office instead of mailing it, and she agreed. My plan was to meet her face to face to talk more about my travels and hopefully get her to agree to read a longer travel story of mine on spec. And she did!

So it was this one editor, Lisa Roberts, who I credit with launching my travel writing career back in 2001. (I also credit myself for being brave enough to ask her for an in-person meeting—so much of making it in this business is getting beyond the digital facade and meeting people in real life.) After she accepted my story (it was about Atlantic Beach in Florida, a place I know well and where I used to live) and published it, I asked Lisa for other travel editor contacts to pitch. And that’s how the ball got rolling. I always tell new writers that often it just takes that first byline—one person to open a door for you–to get rolling.

You’ve lived around the world but have been back in Florida for a few years now. Has always keeping a foot in the Sunshine State been helpful for landing travel writing work here? 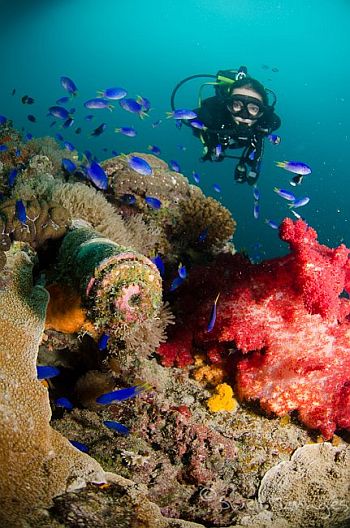 Even when I was living for stints in France, Australia, New Zealand, and Germany, I also kept a solid foot in Florida and came back often enough to stay up to date with what was new in order to write about it with authority. Florida continues to be such an important tourism market, and being back based here full time since late 2016 has been great for landing even more Florida assignments than I was getting before.

A fellow Tampa travel writer (Susan Barnes) and I just launched our own Florida blog, too, Florida Beyond, realizing we have so much knowledge about the state (as well as so many articles we can recycle). It’s not making us any money yet, but we are hoping that will soon change. And it’s a fun place to share everything we love about Florida with people who want to go beyond the state’s usual hit list.

As a travel writer, I think it’s useful to have a place that editors identify you with, so when they need stories from there they’ll think of you. That said, and with as much as I travel, I don’t want to be pigeonholed as a Florida writer only—I’ve traveled and lived too many places and my curiosity runs too deep about the world to limit myself to that.

What do you think of as your specialty and how have you cultivated that?

Outside of my Florida travel niche, I like to think of myself as a generalist, but I do tend to cover topics around adventure, culture, luxury, scuba diving/ocean interests and family travel (now that I have two young kids) the most. Feature assignments are the dream and they do come along with some regularity. But I write a lot of service pieces, too, since there’s never been a lack of demand for those and I have a living to make, after all. A lot of writers disparage service pieces and listicles, but there’s a demand for those from publications, and I don’t mind writing them—in fact, I often enjoy writing them and take it as a challenge to make them more interesting than their reputation would allow.

And while I’m usually quite happy to write about whatever I’m assigned, when I pitch stories they’re always on topics that interest me most or places I’m passionate about visiting (or about people I really want to have an excuse to interview and learn from). It’s just way easier to write about a place you love or a topic you know well. And the story is always far better for it, too. 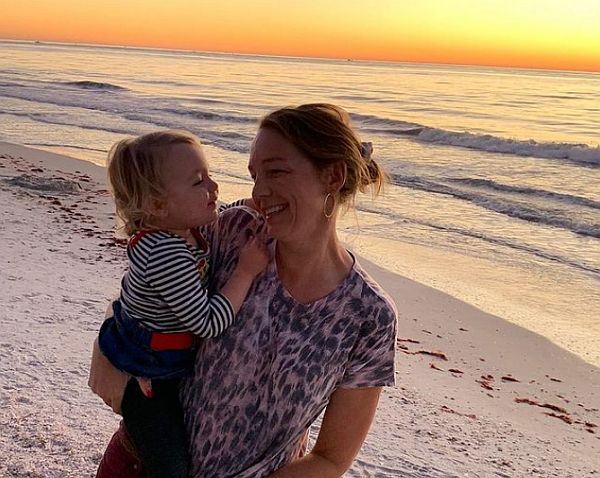 Obviously 2020 was a tough year for travel writers, especially freelancers who contributed to print magazines. How did you pivot or adapt and what’s your outlook for magazines in the future?

My work has always been more for digital outlets than print, especially the last ten years or so. And 2020 actually turned out being my best year, financially, because I had to look beyond travel for a while and expanded to science, lifestyle, and health writing, too. Even with travel, there was still much to write about when it came to how places and people in the travel world were being affected by the pandemic. I had a few months in April and May 2020 that really slowed down, but my writing work picked up thereafter and has been plugging along as well as in Before Days since. I am grateful for that and owe it to the hard work I’ve put in all these years and the connections I’ve nurtured.

That said, several of my long-standing editors did turn freelance due to the pandemic, so it’s more the norm than usual now to have editors suddenly emailing me as new freelancers asking for advice on pitching and for editorial contacts, too.

As for my outlook for print, I think a niche of magazines will continue to publish and do it well. And there will be more and more competition for a place in those pages, of course. I do think there’s enough work for all of us to around, and I don’t bow to the print gods more than digital, which feels just as powerful (and often more). I do still write for a few print magazines, but the bulk of my work is online now. 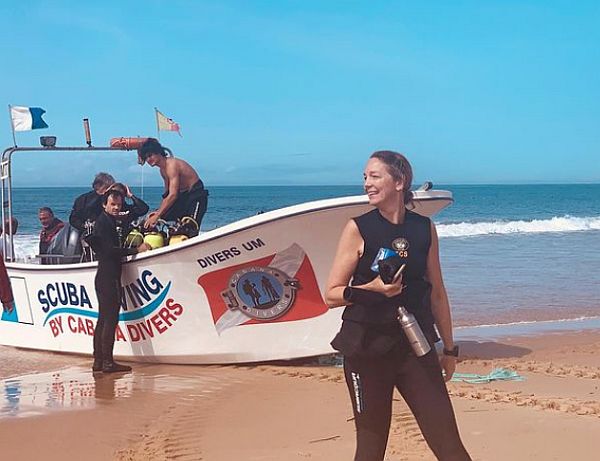 How do you deal with rejections and the slog of finding a home for that great article idea you have?

Rejections are a way of life as a freelancer and never bother me at all anymore, though I’ll admit it takes some time to build up a thick skin. When an editor explains why they don’t like my idea or don’t want to publish it, it’s especially helpful and appreciated. Those are interactions you can really learn from more than the typical reject email a la “Thanks, but we’ll pass on this.” I like to think if I’m ever an editor some day, I’ll remember this.

Figuring out exactly who to pitch for each particular story idea that pops into your head is part of the never-ending puzzle of being a freelancer. We all know to try and try again once you’ve written up a  decent pitch—chances are the right outlet is out there, you just have to find it.

How has living in a foreign country impacted your life and your writing?

I’ve spent extended periods of time in many different countries over the years, including Germany, New Zealand, France and Indonesia (Bali). And the time spent living in foreign places has only served to make me a better writer and a more well rounded person. I’m fascinated by learning languages and speak a few. Those moments of clarity when you’re in a foreign situation and realize that you’re finally understanding what’s being said around you – or understanding it better than you did just last week – are unforgettable. When you can speak and listen in a foreign language, it’s like having a key. And I think some of my favorite stories I’ve written come from moments where I was truly being immersed in a foreign situation thanks to understanding the nuances of the foreign language being spoken around me, and being able to participate in the greater cultural context. 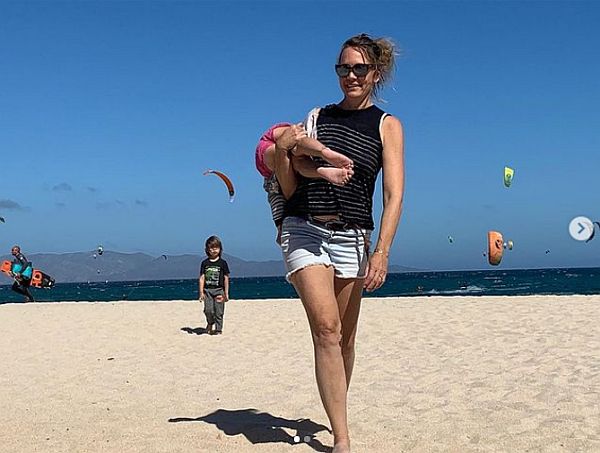 Also, by spending so much time traveling and living in foreign countries, they become less and less foreign to me. It doesn’t mean that I feel less foreign in the situations I encounter there. I just feel more comfortable with foreign-ness. And feeling comfortable, connected and curious in the world has been a very rewarding thing that I believe has made me a better writer, too.

Terry Ward has worked as a freelance travel writer since 2000, when she quit her job in an advertising agency to travel the world. Her work has appeared in such publications as CNN, National Geographic Travel, Afar, The Points Guy, Condé Nast Traveler, Scuba Diving magazine, the Washington Post, the Los Angeles Times and many others. See more on Terry Ward at her website here and at Florida Beyond.