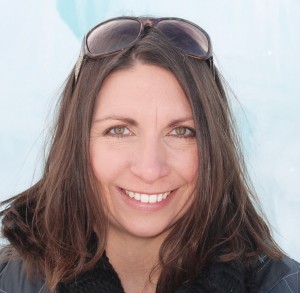 Beth Blair, one of the co-founders of the popular travel blog for moms, The Vacation Gals, was recently contracted by McGraw-Hill to write Break Into Travel Writing. In addition to doing travel writing, Beth also has a fitness column in Shape magazine. In our interview today, Beth talks about how she’s made life work as a freelance writer. Be sure to check out her website as well.

Give us some info on your background as a writer and what led to getting the deal to be the author of Break Into Travel Writing.

My first career was working in the airlines as a flight attendant. Inspired by the inflight magazines, I decided to put the hotel TV remote down and start dabbling in writing. I think my laptop weighed eight pounds back then. At that time I was mostly publishing essays but eventually that evolved into air travel-themed service pieces. After having my first child in 2004 I took an early retirement and pursued writing full-time. At the time I was living in Tucson, Arizona and wrote for many local and regional magazines. I also launched TheVacationGals.com with two other travel writing moms, Jennifer Miner and Kara Williams. It’s been quite the ride.

In 2011 my agent Neil Salkind approached me about writing Break into Travel Writing. Publisher Hodder-Stoughton was looking for a travel writer for this title in their creative writing series. I signed the contract and one year later the book was published in the UK. The book is available on Kindle and will be on bookshelves in the US in February 2013.

Freelance writing is a tough way to make a living, but being a flight attendant isn’t going to fire up your bank account much either. How do you make it all work financially?

I haven’t done my taxes yet, but I’m pretty sure I made more money as a writer than a fight attendant last year. I returned to the sky in 2011 but left last summer (again) after being put back on call 24 hours/day – six days/week. The situation simply wasn’t feasible. I love flying, despite the minimal pay, but when it came down to it, my family always comes first. The decision was a wise one though because my career took a new and exciting path with the 2013 Shape Magazine column.

When you were putting this book together, what did you learn that you wish someone had told you years ago when you were starting out? 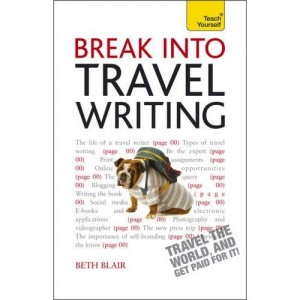 I’m one of those writers who made every mistake possible when first starting out and I didn’t hesitate to share those blunders in Break into Travel Writing. I suppose my answer to your question is…Be authentic and take time to find where your talent lies as far as genre is concerned. Everyone’s talents are different.

When I first started writing I thought I had to write in a certain manner and mimic successful writers. But as we know, the truth will always prevail. If you try being something you aren’t, you will never find happiness or satisfaction in your work.

Further along the experience curve, did any consensus themes emerge from the veteran travel writers and editors you interviewed for it?

The most common advice my case studies shared was to write well (no surprise) and write about what you know or can learn easily. Specializing is the best way to land regular assignments. If you can become the go-to person for certain topics or places (including your own backyard) then you’re on your way to scoring regular paychecks.

If you could hop on a plane and return to some place in the world you loved, with a bag of money in hand, where would you go?

I’ve had my eye on Iceland for years then I’d hop over to the land of my ancestors…Ireland.

Where are you going for real in the coming year? And why?

Right now my family is planning a road trip to NYC to see my stepson over spring break. He’s turning 21. It’s been a couple of years since we’ve been there and now that my kids are older I’m excited to show them more of the city. I was based out of Newark and JFK with my first airline, so I have a soft spot for the region. I’m also looking forward to meeting some of my editors in person. There’s nothing like meeting people face-to-face.

Beth Blair is Twin Cities-based travel and lifestyle writer. She is co-founder of TheVacationGals.com and author of Break into Travel Writing (McGraw-Hill, 2013). She is also penning the 2013 Shape Magazine Weight Loss Diary column and blogging on Shape.com – and yes, she’ll be talking travel and fitness. You may learn more about her at BethBlair.com and connect with her on twitter at @BethBlair.

Interview conducted in February, 2013 by Tim Leffel and edited by Kristin Mock.