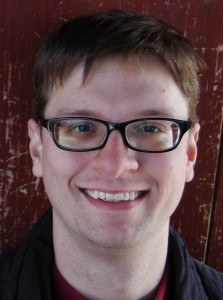 Chris Backe’s writings and photographs have appeared in publications such as the Korea Herald and the Korea Times, and in addition to keeping his own blog, regularly contributes to a number of other travel blogs. His most recent book, “Weird and Wonderful Korea”, was recently self-published, and he’s working on his next book. He currently lives with his wife in Chiang Mai, where he freelances and develops websites. In our interview, Chris talks about the world of self-publishing, what it takes to become a freelancer, and how to balance multiple responsibilities. Enjoy!

Chris, you recently published a guidebook called Weird and Wonderful Korea. What was the publishing process like for you and what would you recommend to other aspiring book authors?

Weird and Wonderful Korea is my fourth book, and I’ve really found my success going the self-publishing route. Amazon has an excellent tool to convert a well-formatted Word document to its Kindle format.

The print book was a slightly different story. With previous books, I’ve used Amazon’s CreateSpace print-on-demand service, which also lists the book on Amazon as soon as you’re done. This works great as long as your book is in black-and-white. The price for printing color, however, can be prohibitively expensive. There’s an average of one photo per page, and there’s plenty of color icons as well…

Enter Lightning Source – a printing company that will print on demand and plays nicely with Amazon. They have some strict guidelines to follow regarding formatting, but once it’s done, it’s done. I’ll recommend them if and only if your book needs to be in color.

How did you put together all the information you needed to write the book? Tell us a little bit about how you were able to get the insider’s perspective you needed in order to give the best possible advice to new travelers.

As you might guess, writing a travel book requires a fair bit of traveling. I was already on a quest to visit one new place, event, or destination every week, and many of the destinations were featured on my travel blog.

Still, there is the matter of finding – and reaching – over 100 of Korea’s most unusual destinations. Some of them came from local expats, while others came from maps produced by the local government. Clues came from all over, although sometimes it was just a matter of stumbling upon some places while heading to others!

In any case, gathering data was the hard part, especially in cases where there was no English website or signs. I have to give my wife, Laura, a fair bit of credit as well – she’s basically 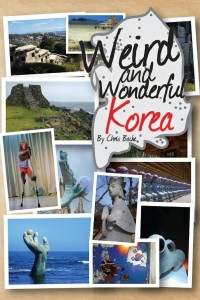 fluent in Korean, and helped with some research that wouldn’t have otherwise been possible. In the odd chance anyone’s looking for a Korean-to-English translator, her website is over at griffontranslation.com.

You’ve done a bit of freelancing work in blogs and magazines. What’s it take to become a freelancer and how did you get your feet wet in the industry?

It’s all about who you know, sometimes. Having your own blog as a public portfolio of sorts establishes credibility and authority. It’s easier to prove you’re an expert on, say, Korean destinations, when anyone can see the proof on your website.

One thing that’s really helped the freelancing side of things is to target wisely. The local expat magazines are always looking for good writers, for instance.

A second thought: each thing leads to the next. The blog led to the book, writing for magazines led to getting a nice regular gig on Korean radio. There is some proving that’s required, though it rarely takes as long as you think.

How many blogs do you currently run? How do you juggle the work it takes to run more than one blog?

If you are juggling multiple blogs, remember that scheduling is your friend. Your posts, unless they’re time-sensitive, can probably be scheduled at least a few days or a week into the future. Consider making an editorial schedule, and employ others to create posts (guest posts, for example).

If someone near and dear to you wanted to become a travel blogger, what would you tell them?

I’d tell them anything is possible! It’s difficult to make a living out of it right away, but it’s well worth doing as it can lead to plenty of other opportunities.

Chris Backe is the author of Weird and Wonderful Korea and the blogger behind One Weird Globe. He’s currently working on a book about the unusual and bizarre destinations around Thailand, and is building a startup to help travel bloggers make money from their knowledge. See more at http://www.daytrippable.com.