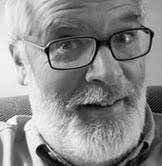 Durant Imboden, author of Buying Travel Services on the Internet, has made his career as a Europhile (I can’t say I blame him!). While he’s been freelancing on the web since 1996, he and his wife Cheryl launched their incredibly successful site, Europe for Visitors, in 2001, and have turned the site into their full-time job. (They average over four million visitors per year!) More recently, Durant has expanded his work into a series of “sites within sites” that complement Europeforvisitors.com, such as Venice for Visitors and Maggie in Venice. Come check out Durant and Cheryl’s site here!

I did some advertising copywriting for Northwest Airlines and other big travel brands in the late 1980s and 1990s. I also wrote a couple of novels with European settings that were published in the 1980s, and in 1999, McGraw-Hill published my book about buying travel services on the Internet.

On the Web, I got started in 1996 with a site called “The Baby Boomer’s Venice” that I created as a test project for a magazine review of FrontPage 1.1. The site was featured by MSN and Yahoo, and from there I went on to create the Venice travel site (later to become the Europe travel site) for The Mining Co./About.com. My wife was About.com’s Switzerland and Austria Guide from 1997 until 2001, when we parted ways with About.com and launched Europeforvisitors.com.

What have been the keys to my–or our–success? I’d credit several factors:

2) Picking topics (such as Europe, Venice, and Paris) that we care about and want to cover year after year, and which can be “monetized” by serving the needs of active travelers. 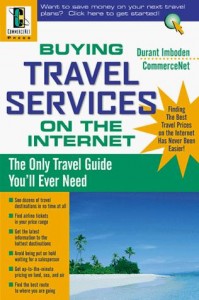 3) Putting the reader first. Many bloggers or aspiring authors of travel narrative turn up their noses at what they call “service writing,” but–like guidebook writers–we enjoy helping people to plan their trips. (We get stopped on the street by grateful readers who say things like “I planned my entire trip with your Web site.”)

4) Being patient. Creating a profitable Web site is like launching a new guidebook title or series: Success doesn’t come overnight.

I’d follow our existing formula: I’d pick a strong topic and build an “evergreen” editorial travel-planning site that would bring in traffic and revenue month after month, year after year. (My Travelwritten.com site has more on this; another good resource is Tom Brosnahan’s Writerswebsiteplanner.com.)

Still, there may be more than one way to skin a cat. Travel blogs are the rage these days, and it’s likely that at least a handful of travel bloggers will find a way to “monetize” their traffic–either by focusing on readers’ trips (not just on their own) or by reaching demographically-desirable audiences as some of the more successful lifestyle and “mommy” bloggers do.

Be a member of my family and be prepared to take over when I’m decrepit or dead.

On a more serious note, I’d tell the writer to become a recognized expert on a handful of topics. Fifteen or 20 years ago, most travel writers were generalists who earned at least a part-time living by going on random press trips and writing 500-word stories about their experiences for Sunday newspaper travel sections. Today, the market for such stories has mostly dried up, and the writers are retired, blogging, or trying to score free travel by contributing to their friends’ Web sites or Examiner.com.

You’ve long been a preacher of building your own platform instead of asking permission from others to publish. What impact has it had on your earnings to run your own show and stop writing for other people?

It’s had a big impact.  I earn more from Europeforvisitors.com than I ever did as an editor, staff writer, ad-agency copywriter, or freelancer. (I stopped freelancing a decade ago and never looked back.)

When you started Europe for Visitors, there was a lot less competition out there and readers were more forgiving in terms of freshness and design. How do you continue to pull in big traffic and make your site the prime resource

for travel in Europe?

I don’t know if Europe for Visitors is the “prime resource for travel in Europe” (Rick Steves and Lonely Planet might question that description), but it’s doing pretty well.

Over the years, we’ve shifted our emphasis from general European travel to highlighting the topics that we do best, that attract the most readers, or that we’re most interested in. For example, our Veniceforvisitors.com “site within a site” is unquestionably the #1 site on the Web for Venice, Italy. We also get a lot of traffic for topics like Paris, Rome, Germany, and European cruising where we offer the kind of in-depth content that’s hard to find elsewhere. Let me give a couple of examples:

– On Veniceforvisitors.com, we don’t just tell what it costs to ride the vaporetto. We describe the types of water buses, boat routes, how to use ticket machines, discount passes for locals that tourists can buy, you name it. We also include plenty of photos, because travel writing–like food writing–is best served with visual side dishes.

– When we publish a cruise review at Europeforcruisers.com, the main article typically runs at least 10 pages and is accompanied by 100 pages or more of captioned photos that describe both the ship and the cruise in detail. In other words, we provide “decision support” for prospective cruisers.

Durant Imboden is a U.S.-born travel writer, editor, and former novelist who has traveled in Europe (and occasionally lived there) since the age of six. He is also the author of Buying Travel Services on the Internet, published by McGraw-Hill, and he has written for Holiday & Travel in Britain. He produced his first travel-planning Web site, “The Baby Boomer’s Venice,” in 1996. He covered Venice and Europe at About.com for 4½ years before launching Europeforvisitors.com in October, 2001.