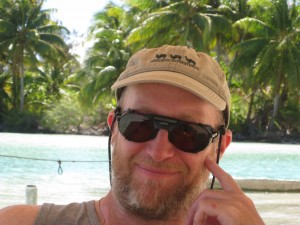 Edward Readicker-Henderson knows honey bees, quiet places, and, yes, even how to win at Strip Passport.  His work, covering over 50 countries and all continents, has been featured in the Best American Travel Writing 2008 and is frequently placed in magazines such as National Geographic Traveler. A writer straddling the line between the humorous, the personal, and the reflective, even U.S. Poet Laureate Rita Dove has remarked that his style is “like watching a particularly elegant sleight-of-hand.”  Enjoy his newest work here at his personal website, http://routeofseeing.com.

What’s been your most original story idea and where did it lead?

The story I did with the largest after-effects for me was “The Quietest Place on Earth,” for National Geographic Traveler. I thought that up about 3 AM, miraculously had it sold within twelve hours, and have spent the past five years chasing down its implications all around the world, listening to landscapes.  But I don’t know if that’s particularly original, except, I hope, in execution. Really original? Maybe Strip Passport, which I did for you. That one has at least led to a lot of in-jokes among my circle of friends.  And some  unusual border crossings.

I never meant to write travel. I went through school writing poetry and assuming that my career path would be teaching at a community college and writing stuff few people would ever read. I didn’t even really look at travel as a species of writing until I moved to Japan after graduating.

And then, coming home, more or less by accident, I ended up with a contract to write a guidebook. That led to another. And another. Etc.  And since I was writing those, I was getting a lot of travel material, although the magazine pieces I wrote during those years didn’t even pay gas money. But it was all—maybe especially the poetry, which still influences how I use language—a great apprenticeship.

However, since I was making somewhat less money than I might have 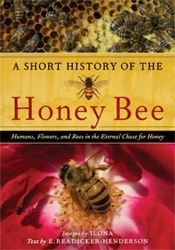 flipping burgers, I was actually about to give up on writing and get that teaching job and go try to make a real living when I finally started to break through. A couple of those gas-money articles got noticed in big circles, and I went to the Travel Classics conference of editors. All that led to my first national assignments, from Arthur Frommer himself, for his Budget Travel magazine, on places I’d written guides on. Working for him opened a bunch of doors, and those doors opened others. And repeated attendance at the conference introduced me to a bunch more editors who seem to like what I do.

In the end, my extremely tenuous position probably comes down to luck, timing, and the fact that I truly enjoy rewriting. Actually, I love rewriting. I love watching a piece finally come into focus, watching all the threads of a story finally tie themselves into proper knots. One of the great pleasures in life. I’ll spend days on a paragraph to get it right, a fact no editor ever objects to, as long as you still make deadline. So maybe luck, timing, obsessive rewriting, and (almost) never blowing a deadline.

I keep thinking I need to change things, but the odds of me actually doing so seem remote. I like paper and ink. I am a long-form writer. I’m not averse to trying something new–I just did an iPhone app on Alaska, because I’m still fascinated by the possibilities of guidebooks. But I really have zero interest in personal blogging—I tried it briefly, years ago, and hated it—or anything along the lines of social media, Twitter, etc. Sorry, I still have an attention span, and I’d like to keep it that way.

What I’m hoping is that John Rasmus, former editor of National Geo Adventure, is right, that as fewer people read books, they’ll turn to longer articles to scratch their narrative itch. And if that’s the case, shrinking word counts in magazines will eventually start to get longer again.

Which is maybe where all this new stuff gets interesting. I’ve done mini-blogs for a couple of the magazines I’ve worked for, just a couple entries, which can be used as places to put in cool stuff that didn’t fit in the story.  Which in essence means writing a longer story. And I was just talking to the editor of NGT, who pointed out a lot of extremely cool things they could do on the iPad that simply weren’t possible in the magazine. Print pages cost a fortune each; electronic pages, not so much.  This could be especially exciting for photographers, who can truly start to show off what they do.

So I suppose my strategy is to hope that the frenetic clicking of links slows down, and people once more remember the simple pleasure of losing themselves in a story. And then we can get past all these pointless lists that have spread like a bad fungus over travel writing, and go back to what travel does best: introducing people to the details of a new world.

Which doesn’t necessarily have to take a lot of words—read something by Jason Cochran, the man is an utter genius at 300 words. But it does take a willingness on the part of readers to give yourself over. Stick around. See what the writer can do.

You wrote a narrative about Asolo, Italy for me in Perceptive Travel (http://www.perceptivetravel.com/issues/0809/italy.html), a story that was a very personal account of you staring at a potentially fatal medical condition and deciding what to do with what may be a dwindling number of years—or months. Did you feel awkward sharing all that with strangers, or was it cathartic in a way to get it into print?

I wrote that almost in real time, over a morning and evening in Asolo, as an explanation and an apology and a record of hope. I didn’t really have much in mind beyond how one person would read it, which is probably why I was able to write it so fast—I was just talking to her on the page. So I don’t think what I see in the story is what other people get—they see it as a story of facing doom, or a meditation on attention, or as a somewhat unusually structured travel story. But really, it’s just a love letter. 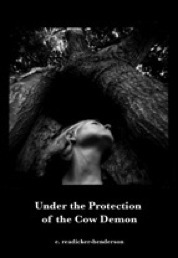 As for splashing my own life—or in this case, apparently impending death–all over my story—it wasn’t the first time, and it won’t be the last. Consider that great quote from Montaigne: “Things I would never tell anyone, you can go down to the bookstore and find out.”

Which maybe raises a larger question of why would I publish a love letter? And that one, I don’t have an answer for. Maybe just because everybody should know how dazzling she is. Maybe because we all spend far too much time buried in the shit of daily life or death, when we should really look up and be amazed by a smile, by the fact that beauty is so much more common and magical than we usually allow ourselves remember.

I need to remember that.

And that is maybe also the best justification for writing about travel.

All that said, and although I think it’s one of the best things I’ve ever written, when people comment on the Asolo story, I’m never sure how to react. I’m quite reticent in person, and because of stories like that, strangers know way, way too much about me. So I tend to mumble and go hide in a corner pretty fast.

I don’t think success can be ensured by any means. I don’t even think it’s vaguely likely. In fact, I’m not even sure how to define it. Am I successful, because I get to do so much cool stuff and write stories I care about? Well, yes, but someone looking at my bank account might easily argue otherwise.

Anyway, looking back, what I did wrong early on was not try harder. I didn’t think big magazines would pay any attention to me. Turns out they would. I’d push more to make that jump sooner. More than that, I would waste less time writing what I thought people wanted, and instead, just spend the time writing my kind of stories. That was a major change for me, which came about one day when an editor sent back a piece where I had tried to guess what he wanted. The piece was horrible, and I knew it, because I wasn’t being me. And he said, “I hired you because I like what you do. Just do that.” Would have been nice if I’d learned that sooner.

Probably the same as everyone else’s advice: Forget “travel writing.” Write. The travel is irrelevant. Stories are what matter, and if you think “travel writing,” you doom yourself to a ghetto of mediocrity. Write well. Don’t be afraid of draft 300, if that’s what it takes. Pay attention. Watch how everything connects, and then write about that. Write well about the world, about the universals, about the stories that matter to people, and you’re way ahead of the game. Oh, and learn to love rewriting, although not to the point where you blow deadlines.

Edward Readicker-Henderson is a frequent contributor to National Geographic Traveler, Sierra, and Art & Antiques, among dozens of other publications. He’s also a contributing editor at ISLANDS.  Over the years, he has reported from more than 50 countries and every continent.  See his complete bio here at http://www.routeofseeing.com.