Lena Katz is a woman of the media: having made her way on television and the web, she writes for  sites such as JustLuxe.com and freelances as a travel consultant for stations like WeTV and E! Channel. She’s an expert on travel deals, the best hotspots, and has a knack for finding those quirky destinations and unusual places. She published the Travel Temptations book series on California and edited the 2007-2008 Zagat LA Restaurant Survey. Check her out here!

I have always made a point of being more proactive and more prepared than everyone else in the field. Here was how I got my first gig: I walked into a group job interview, straight up to the site publisher and said, “You say you list the top 100 restaurants in SF, but actually you have only 7. Here’s the other 93. I can have them written up by next week.”   (I knew because I’d been working on city-wide events + promotions for luxury liquor brands.)  I’ve pretty much continued like that…and it’s been more than 10 years now. I’ve worked through hurricanes, tornadoes and many forest fires. Actually when I researched one of my books, 5 of 8 regions were on fire. I flew to Thailand the day after the country announced a military coup, and I was in Mexico for the outbreak of H1N1. None of it fazes me.

I am not afraid of legwork, and I do not make the mistake of going, “Oh la la, I’ve been out on a junket all day, that’s my work, now I’m going to bed.” That’s not work, it’s play. If I spend the day junketing around, I spend the entire night at my computer. I also always try to over-deliver. Not word count…that just irritates editors. But I try to give a selection of photos rather than a minimum; interview a number of sources rather than just get info off Websites; and once something’s published, I send out links and promote on Facebook.

What other people consistently tell me are the keys to my success are: I have a knack for finding quirky and original angles that appeal to larger outlets like ABC News and MSN Entertainment. I consistently create “crossover” content that also falls within lifestyle, entertainment, business and news sections. I am extremely persistent. I am self-supervising. And I’m enthusiastic.

The same ones!! Except I would have put some statute of limitations on the length of time a client could continue to reproduce, re-publish and re-sell my content…because in the era of Web publishing, otherwise outlets will continue to reproduce stuff you wrote five years ago, and  you won’t see a dime.

I don’t know if my clients from back in the day would have agreed to such a thing, but with everyone being so hungry for free/cheap content these days, if you have a good business model, you actually can distribute the content out via a lot of channels, retain ownership of it, and then monetize via brand sponsorships, corporate consulting (i.e. writing advertorial or copy for hotel brands) and a few choice ongoing columns/blogs for paid outlets. 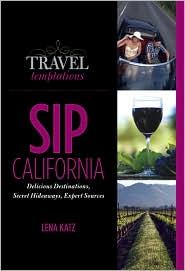 riter—assuming they had zero credits to their name. (Besides “Don’t do it”?)

Find a niche in which you can specialize. Come up with 20 ideas, right now–write a 1-paragraph summary of each, and start finding places to pitch all those ideas.    Be prepared to do about 5 assignments for low or no pay—the hyperlocal sites like AOL Patch and NBC Feast are hiring lots of newbies these days.

After you’ve got those credits, look for better-paying gigs. Right now, it’s the young hungry writers/editors who are taking most of the staff Web and magazine jobs, because 25 year olds are willing to multitask and do 3 jobs for a single low-grade pay rate. If you are one of them, though, glory in it! To a certain extent, that’s always been the case in creative fields. You only have a five or six year window before you become old and jaded. At that point, you can make a decision—do I go into business for myself and treat this like a business? Do I broaden my areas of expertise? Do I get married and become a casual part-time junketeer? Or do I say “I’ve had enough,” and go back to school?

I would also say to look very carefully at the business model of each outlet you’re pitching. HuffPo has gotten a lot of flack for not paying, especially post AOL merge. In the old days, I would say their position was understandable, because most HuffPo travel writers didn’t get any traffic to their stories, but they got some good credibility and good freebies out of the deal. Now, with all the money of AOL behind the enterprise, there could very well be money to pay freelancers. Instead, AOL fired the majority of their travel freelancers (and freelancers in other sections) and continues to tell HuffPo contributors, “We’d love to have you….but we don’t have a budget.” I believe that AOL in effect paid a lump sum to buy a large stable of reputable contributors who’d work for free, so that they could get rid of all the paid freelancers. I would not recommend  throwing your lot in with that company—and I was on contract with them for four years (2001-2005).

Another one is Jetsetter. It fascinates me to see how happy people are to be “accepted” as a Jetsetter writer, like there is some cache in it. Whatever Jetsetter says, it is not an editorial site. It is a flash sale site—much like TravelZoo, only dressed up in Gilt clothes. The content is all advertorial. There’s no problem with that as a business model. To the contrary, it is very profitable. But if Jetsetter is so hugely profitable, why are they paying their contributors only 50 cents a word to write the advertorial copy? When I write advertorial, I want to see $1-2 a word for it. That’s what all seasoned writers want.

Finally: No matter how smart you are, your writing is not going to be very good for a few years at least. I don’t know why exactly this is true, but it is. Everyone’s a little cheesy at first, a little overwritten, a lot cliche. It takes a tremendous amount of practice not to be. Most people never get there. If you want to succeed, improve your writing every day.

You’re a networking queen who probably has a virtual Rolodex of hundreds. How do you sustain those relationships over time and keep yourself top of mind with the people who can potentially hire you?

Thousands, actually. And care and feeding of the Rolodex is difficult. For editors and writers, it’s a different approach than PR and marketing colleagues. Other editors and writers are like buddies in the trenches. We look out for each other. We swap contacts and ideas and complaints.

With people who can hire me—and these days, that’s mostly content directors, booking producers for TV, network execs, and senior producers online and television, I stay on top of them in a friendly, constantly creative, and frighteningly persistent way. I follow up regularly, and every three times, it’s with a new slew of ideas. I also have gotten very bold about asking for exactly what I want, and turning down anything less.

I keep very busy and always have lots of irons in the fire, so I don’t frighten potential clients away. If I start to feel like I’ve bugged someone multiple times with no response, I will generally just back off—either until they come to me or until six months have passed. Typically it’s the former.

As for everybody else…that is really the tough part. I do not like the typical PR approach (especially these days) of bombarding writers/outlets with whatever pitch is timely (for whatever client’s paying) and then not doing any followup or any relationship-building. I especially don’t like it when people do this repeatedly without closing the loop on earlier pitches. And increasingly, these days, I just drop those people from the Rolodex. My feeling is, I have sooo many options—why work with people who bug me?

What that leaves is the good and vigilant PRs and DMOs and other sources—of whom there are hundreds. I keep in touch with them mostly by sending out calls to submit for roundups. I also try to read as many of the incoming releases as possible. I go to events when I can, and I am Facebooked with about 1000 people on the PR side.

When I got feedback from you for the Travel Writing 2.0 book, you said, “I can’t wait for newspapers to go the way of the dodo.” Tell us why newspaper travel sections suck.

I actually don’t like the smell and feel of newsprint. It is a weird thing. Also, newspapers pay very badly, and you usually have to write an entire piece before they give you a yea/nay. Plus, the travel staffers at newspapers used to be so snobby! They were the “big fish” for so long.

Here’s one story: I bumped into a big-shot newspaper travel editor in Asia. I was with a group of writers (on a press trip, which I do take occasionally, though not often) at a huge cultural event.  HE was also on a sponsored trip…but solo, with a chaperone from the local CVB. He didn’t want to admit it though. He said, “Oh, I’m just at this event as a favor to the tourism bureau, so that I’d be allowed to write the full story.” I was like, “Come on, a FAVOR? You are at this event because the tourism board paid for your trip. The saaaame as the rest of us. Don’t do the high-and-mighty routine, please.”

I guess I wanted the newspapers to go away so those high-and-mighty types would have to touch terra firma. And now they are. It is fascinating to me to see how they are coping. Some with grace. Some with innovation. And some with nervous breakdowns.

Lena Katz is the travel expert for Celebrations.com/1800FLOWERS and the senior travel contributor to JustLuxe.com. She appears regularly on networks including WeTV, ABC and E! Channel as a travel expert, and her writing appears on ABCNews.go.com, MSNBC, AOL, Trip.com, and in magazines like Brides and Robb Report. Lena was a weekly travel blogger for Orbitz from 2008-2010. She published the Travel Temptations book series on Globe Pequot in 2009, and edited the Zagat LA Restaurant Survey in 2007 and 2008.

Interview conducted in May, 2011 by Travel Writing 2.0 author Tim Leffel and edited by Kristin Mock.