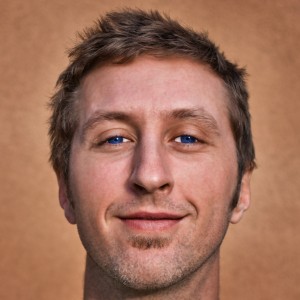 Matt Gibson is quickly establishing himself as one of the travel industry’s best adventure writers and photographers. His blog, which highlights both his writing and his photography (check out his photoessays), is an interesting mix of both word and image. In this interview, I asked Matt–who I recently traveled to Taiwan with–about his new media practice, what he hopes to do in the future, and what his creative process is like. Enjoy!

How did you “break in to travel writing”? What have been the keys to your success so far?

I never had any big breaks. Like most writers, I’ve worked at it for a painfully long time. When I first graduated from university I started writing for anyone who would accept a story to build up my portfolio. Later, in Taiwan, I started and ran a magazine called Xpat to gain more writing and editing experience.  I ran that magazine for three years before I sold it. After that I started pitching stories to websites and magazines and began working on my blog, Matt-Gibson.org.

Let’s say you were starting from scratch and wanted to become an established travel writer. What advice would you give to someone who wanted to get started and had no credits to his/her name?

Two things have helped me to advance my career more than any others. The first was building a professional-looking blog. The overall appearance and branding of my website has gotten me more work than any clip in my portfolio. The second was attending industry events and conferences and meeting people. You never know where work will come from. Meet as many people in the industry as you can. The wider you cast your net, the more likely you are to catch random assignments by knowing the right person at the right time.

Where do you see your career as a writer being three years from now? How will your income mix change and what do you plan to do in order to adapt to the changing media landscape?

for publications. Although I still want to do those things, e-books and apps have the potential to generate significant passive income in the long term, so I’m speaking to some other writers and bloggers about collaborating on projects in the future.

Like many writers who are interested in travel, you also dabble quite a bit in photography. Can you tell us a little bit about how your two interests—writing and photography—coincide? Do you believe that these art forms inform each other in your work? (I’m thinking specifically of some of the photoessays on your website).

I started photography, like most writers, to compliment my writing, but I happened to have some very talented photographer friends who taught me a lot. Now my photography is a big part of what I do.

I have a deep appreciation for good photoessays. They can convey a story and evoke emotions in ways that are not possible in just one medium. The Big Picture and Magnum Photos both do this very well. Following their lead, I’ve been working on a series of photoessays on my own website.

I’d love to hear a little bit about your creative process. What inspires you as a writer, especially when you’re writing about travel? What catches your eye and how do you translate experience to the page?

When I start working on a story I’ll usually have an idea about the general direction that I want it to take, but that’s all. While writing the first draft I find the anecdotes, details, and themes that I want to expound on and I flesh them out in later drafts.

I often look for an unexpected angles or moral dilemmas that I can draw attention to. I either want to show people a part of a place or a moral issue that needs to be addressed.  Also, sometimes, I like to simply write about the small things that create joy in life and travel.

Any projects currently in the works?

I’m not working on anything of note at the moment, but there are several good potential projects on the horizon: very likely e-book, maybe an app, and perhaps a sponsorship for my blog.

Matt Gibson is an adventure travel writer and photographer based in Salt Lake City. His work can be found on at Matt-Gibson.org. He also contributes to Action Asia, the Huffington Post, Transitions Abroad, and Best Hikes and Treks and can be found on Facebook and Twitter.