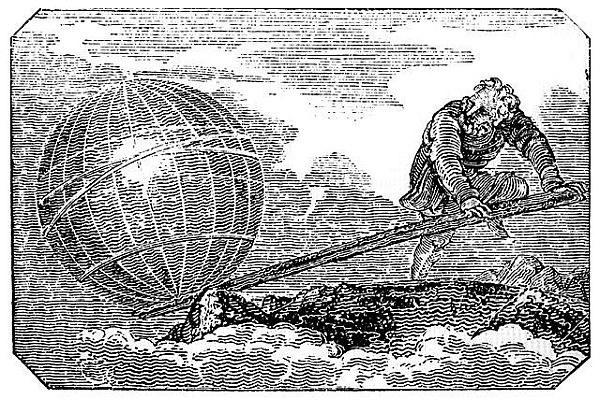 I’ve given a lot of talks at writing conferences and travel conventions on different subjects and much of the advice has a common thread: leverage. If what you work on will last, will spread, will lead to other opportunities, then it has leverage.

If it just lays there and then goes away, it does not.

In the physical world, leverage is that image you see at the top. As the Greek scientist and engineer Archimedes reportedly said, “Give me a lever long enough and a fulcrum on which to place it, and I shall move the world.” With the right tools in the right place, you can move the world—or at least a significant portion of it—with your words as well.

Unless you’re a big celebrity or politician though, you probably won’t have much impact sending out one of the 350,000 tweets sent every minute and then almost immediately forgotten.  Call it “legs,” “viral content,” or “work that lasts,” but by whatever name, content with leverage is content that either sticks around a while or has an effect beyond its original form.

Let’s look at some examples of low and high leverage tasks. Are you spending most of your time on the last category? If not, you might need some guidance.

Most social media posts. If nobody will see it two days from now, that tweet/post/photo/video was mostly high-priced (in your time) traffic sender or a hobby task, something you are doing for fun. Look at your stats and see how much traffic social media is sending compared to Google. Unless your blog is less than a year old, for most bloggers it’s a lot of effort for not a lot of results—especially once you get beyond Pinterest, Facebook, and Flipboard.

Yeah, some of you “influencers” are getting paid for this flash of glory on Instagram or Twitter, for now, but unless it’s a long-term ambassador campaign, it’s just a quick paycheck. Treat it as you would any other “trading time for money” gig on an hourly pay basis. Where this action does have leverage is if it builds a fan base over time that buys from you or actually reads your blog. But you can probably automate or outsource most of it and beware of building your house on rented land…

Low-reach freelance articles. I pay far more attention to how many of the right people will read an article I write than how big the paycheck is. My best-paying gigs have had a microscopic byline that nobody saw—or no byline at all. Some of them reached fewer people than I can probably reach with my lowest-traffic blog posts. That’s fine, I’ve got bills to pay, but I don’t take those gigs to further my long-term career. Instead I do guest posts for free in the right places or spend my time writing for sites I own and control.

Nobody will see your byline.

Articles that don’t reach the right people. Sure, it was great to write for Travel + Leisure, USA Today, and American Way, but all I really got from them was some money and a brand name to put on my portfolio. The latter provides leverage whenever I pitch a freelance article, but I rarely do that. Nobody looks at bylines except other writers. I’ve gotten far more book sales, speaking gigs, and newsletter sign-ups by appearing on focused niche blogs where my likely readers and buyers congregate.

Answering/Reading Every E-mail. Have you ever tracked your e-mail for a few days to see how much of it was real communication? Have you ever been off the grid for a week then done the same with those hundreds, maybe thousands of messages that are waiting? I have, and the percentage has never topped 5%. In other words, for every 5 messages at best that demanded a response or an immediate read, there were 95 messages that didn’t. Learn to tame this beast and you will free up a lot of time for work with more leverage.

Random press trips that don’t serve a purpose. If you’re a retired or independently wealthy travel writer who is just doing this for the free travel, then by all means say yes to any press trip you are invited on. Have a blast. If you’re really trying to establish yourself as an expert, build a tribe of followers, or cover a specific niche well, however, this shotgun approach can move you further and further away from success. I’m sure you’ve seen 100 of those travel blogs that bounce around from Caribbean cruises to adventure trips to wineries to city tours. You didn’t go back to any of those blogs though, did you? They should just put “Press Trip Blog” at the top so we know what to expect. It is very hard to have a successful blog if your editorial calendar is just based on where you’ve gotten to travel for free.

Cornerstone content blog posts. We used to just call these “epic blog posts” or “in-depth posts” or even “resource pages,” in the early days when Google liked them. For many years Google stopped liking them and it was all about short and snappy crap with lots of subheads and stilted sentences. (If you listen to SEO by Yoast too much, you’re still doing this.) Now Google has fallen back in love with in-depth, authoritative content that links in, links out, and has more quality info than you can find elsewhere. Get it all right on a post like this, on a subject or place you know better than most, and you can see a flood of traffic that lasts for years. 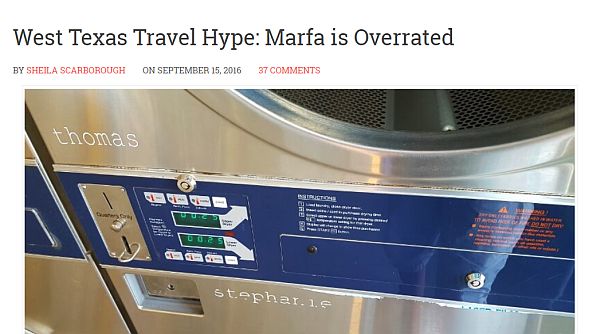 Long-tail articles that are helpful. Not everything you write has to be 5,000 words and go on forever. A 500-word article can still rank #1 in search if it’s the best one out there. Some destinations, inns, or attractions don’t require more than that. But if you try to compete with 500 words on “best hotels in New York City” or “5 Tips for Visiting the Eiffel Tower,” don’t be surprised if nobody besides your mom ever reads it. You need to find a unique angle, a unique place, a person/business to profile, or maybe all of the above. Different is better than better.

A book done the right way. There are a million books out there that are well-written but haven’t sold. Most are poorly marketed, but some just should have never been written. If you meet a real need though and get the word out, people will still be buying that book years from now and you’ll still be getting paid. Books are magic in other ways too: they make you an instant expert and lead to all kinds of other opportunities.

Media coverage. Almost any time a journalist contacts me about an interview I drop what I’m doing and say yes. I have a ridiculously long list of media appearances (see the book part above) that includes outlets like Wall Street Journal, L.A. Times, Delta Sky, Newsweek, Men’s Health, National Geographic Traveler, and the Guardian. I’ve seen a huge spike in book sales and blog visits when appearing in lesser-known ones that have a huge audience, like Thrillist, Bottom Line Personal, and TheStreet.com. Plus I appear on podcasts regularly, which means getting 30-60 minutes of attention in someone’s ears.

If you can get quoted in articles (real ones, not blogger collaboration posts), then magical things will start to happen. Major media still has a lot of leverage. 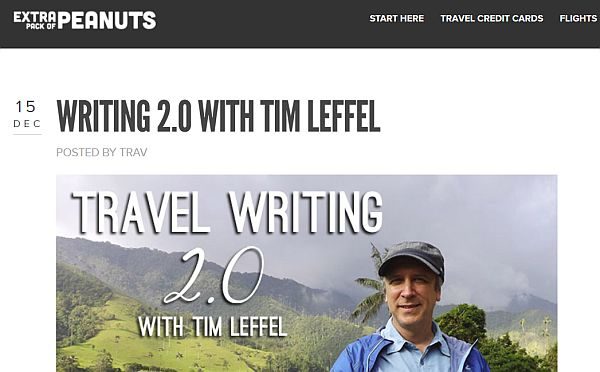 Well-placed guest posts. I wrote two articles for other people last week, while on a press trip, and neither one paid me a cent.

Coin-operated freelance writers read that sentence and say, “What an idiot. You should never write for free.” Savvy business owners read that sentence and say, “Smart guy.” I did those guest posts because, based on past experience, they will sell books, convince people to sign up for my courses, and bring the right new readers to my blogs. Several times these posts have led to more media exposure (see above) or caused freelance gigs to land in my lap with no pitching. Even though it links to an old domain, I still get redirected hits every week on my Cheapest Destinations blog from one guest post I wrote for Tim Ferriss way back in 2010. Every time I launch a new book or course, I block out time to write for free. Because it’s not really free, it’s leverage.

Strategic travel. Instead of taking every random press trip you get wind of, how about choosing travel that really serves your audience? If you cover adventure travel and hiking, then there’s no reason to go on a river cruise press trip. If you don’t drink, then there’s no reason to visit a wine region or the Bourbon Trail. Instead spend some of your own money and cover what your audience wants to read about in your niche, your specialty. Then you’ll start getting invites that really align with your area of expertise. You’ll be able to keep using that research and those photos for years.

In-person networking. Meeting and hanging out with people face-to-face is always going to trump the virtual version, no matter how advanced virtual reality becomes. Most of the people I’ve hired over the years I’ve met at conferences. Many of the writing and speaking gigs I’ve gotten have come from editors or decision makers I have had a few beers with. It costs money and time to go to conferences by TBEX, NATJA, SATW, or your subject niche, but the payoff can easily last for years.

For more guidance on spending your time on high-leverage tasks that will lead to higher earnings, check out Travel Writing Overdrive or Productivity Power for Writers.