Old habits die hard with writers. We get into routines without thinking. We keep doing what worked before even when it doesn’t now. We get sloppy when we’re rushed to hit a deadline. We do things the way we did when we started out, even though times have changed. We do what one particular instructor told us to do, even though that early instructor (or editor) may have been dead wrong.

I’m just one editor among thousands of editors, so there will surely be some who disagree, but if you’re doing any of the following, please stop. 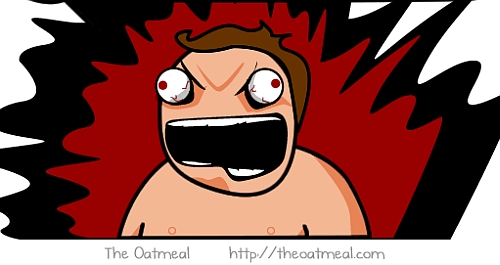 1) Putting two spaces between sentences.
Back when people took typing classes on an IBM Selectric, teachers told students to hit the space bar twice between sentences. Then word processing software came along nearly 40 years ago and eliminated the need for this. When’s the last time you saw two spaces between sentences in anything you read on the web besides a bad blog? Please stop. (You also don’t need to double-space an article you send to most editors either, but some still do print them out to edit, so I won’t tell you to stop doing that, even though it’s antiquated.)

2) Putting trademark signs into an article, story, or blog post.
This is a big no-no and any editor who says otherwise is publishing ad copy, not content. Both the AP Stylebook and Chicago Manual of Style say to capitalize brand names, but trademark signs are for “promotional materials or packaging.”

3) Sending an American editor articles in British English and vice-versa.
Microsoft Word has several advantages over free word processing programs, one of the key ones for writers being the ability to spell check in different languages. Learn how to use this function if you’re submitting articles to a foreign publication. Canada, the U.S., and England all have different spellings for many words. They also handle quotation marks and comma placements differently, which you might have to look up. Don’t just leave it all to an editor to clean up. Get it right before hitting the “send” button.

Which one does NOT belong in my inbox?

4) E-mailing huge photos
In case you haven’t noticed, the file sizes of photos are now downright massive—frequently 5mb or more each from a point-and-shoot automatic. If you put five of them into an e-mail and fire them off to me, that’s going to cripple my e-mail loading on a phone or spotty Wi-fi signal and have me cursing your name from across an ocean. Get off your lazy butt and open a free account at Flickr, Google Drive, or Dropbox and upload your article photos to the cloud. Then send your editor a link. He or she might be so happy you’ll actually get hired again instead of getting onto their sh%t list.

5) Treating photos as an afterthought.
Speaking of photos, there still seem to be a lot of travel writers out there who haven’t gotten the message you need to be a photographer now too, not just an assembler of sentences. I don’t know how many writers still survive just on feature stories where a photographer tags along doing the photos, but it’s got to be less than 2%. If you’re not one of those, take a class, read a photography book, and buy a decent camera.

Part 2: Editing is a required part of the process. Don’t send photos with horizons at a 30-degree slope or uncropped ones where the subject so small it will disappear when the size is reduced. Again, don’t be lazy—perfectly adequate photo editing programs are free even. Learn to use one. It’s a required skill now.

Part 3: If you’re a blogger, the only thing worse than doing lame top-10 travel list posts is doing lame top-10 lists illustrated by stock photos you didn’t take yourself. We’ve already got the hack-fest Huffington Post, Culture Trip, and other content farm sites for that. Be original.