” Dear editor, attached is a story of my visit to New Orleans Mardi Gras with my wife Barbara that you might be interested in using in your magazine.”

I’m starting with this one because there are an amazing number of problems in this one-sentence e-mail that’s short enough to put on Twitter. First, it breaks several general rules: 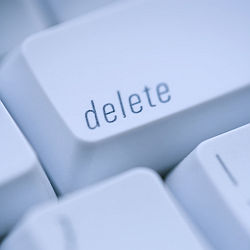 1) Didn’t bother to look up the editor’s name, which is all over the site.

2) Didn’t bother to read the guidelines, which are linked from the contact page.

3) Attached an unsolicited finished story, which is generally only common practice for newspapers.

For specifics, I don’t know any editor that appreciates queries sent in bulk at the same time, which this certainly was. I also don’t know any editor who thinks a generic travel story with no new angle to it is a good match for them. There’s no reference to past stories in our online publication, why this would work for us, or any sense that the person has actually ever read Perceptive Travel at all. He didn’t include any information about his track record in publishing articles and there’s no link to a portfolio site.

And why in the world would I care what his wife’s name is unless she’s a celebrity?

So I did what I’m sure 100% of the other people who received this did: hit delete.

Spray and Pray Sucks in Both Directions

If you’re a blogger or freelance writer, you’re likely deluged with press releases and poorly targeted news pitches on a daily basis. How does that make you feel? Do you have less respect for that PR person or company next time you see an e-mail from them? Do you maybe even cringe a little?

Well if you send out a query or finished story in bulk to editors—who already get 4X more e-mails than you do—you can expect them to feel the same way about you. Angry, annoyed, grumpy, incredulous even. If you want them to get back to you, or at least think you’re a professional, you’ve just killed your chances. Maybe permanently: a lot of editors have a “block” or “filter” command on their e-mail program that they use with abandon. Your three follow-ups may not  even get to their inbox and  you’ll have to guess why. 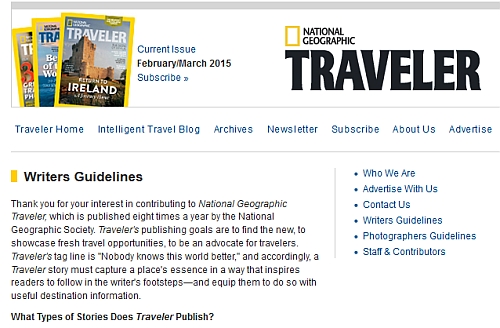 All  Queries Should be Custom Queries

I have met a few writers over the years who swear by the multiple submissions strategy, of sending out the same idea to a bunch of editors and see who bites. In general I think this is a terrible idea. It’s the same principle behind pop-up subscription boxes, junk mail, and telemarketing: bug a lot of people in order to find a small percentage who will say yes. But if you’re going to do it, at least take the extra five minutes per e-mail to put in their name and say a little something about why this story would be right for them.

Much better is to take 10-15 minutes and write a really good query, which is really a custom sales pitch. You need to pitch the idea in a way that answers an editor’s essential questions. These are:

The unspoken question for magazines also is, “Where would this go?” In other words, tell her which section and why. (If you’ve never written for them, you are not going to be assigned a big major feature, so don’t even go there.)

They’re Telling You What They Want

In order to send a customized query, you need to know who you’re pitching to. You don’t want to pitch a British publication on a listicle for “best vacations 2015” and put in resort areas on the west coast of Mexico and Costa Rica. It should be about “best holidays 2015” and focus on places you can reach easily from Heathrow, Gatwick, and Manchester. With your spell check configured to accept centre, colour, and traveller.

I just got guidelines for a website I’m going to start writing for that is aimed at men 20-40 and wants articles to be full of pop culture references, jokes, and slang. I write for others that adhere strictly to AP style and want a serious, authoritative tone. The pitches I would send to these two publications should be different in almost every way.

You are only going to know how to pitch an editor by knowing what that publication is all about. If it’s a magazine, study at least two recent issues. If it’s online, poke through every section in their navigation bar. Pay close attention to the language in the “About Us” section. If they have writers’ guidelines, study them closely and follow them to the letter. If they don’t show them online, e-mail or call someone and request them. Usually the “Advertise with us” part is useful too as that shows who their ideal readers are and what they think sets them apart.

If you’re willing to part with a little money to save time, there are services out there that can tell you who gets queries and what they want to see. See our travel writing resources section for some of them. 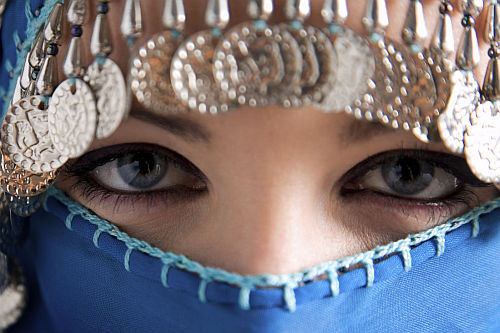 If I’ve met you at a conference or on a press trip, great. You’ve already got an in. Amazingly though, most writers are too lazy to follow up on this. I’ve handed an opportunity to some on a silver platter and haven’t heard from them since. The ones that did follow up, if I liked their work, have frequently become part of my team at one of the Al Centro Media sites. If you’re fortunate enough to meet an editor who is a good match for what you can write, put that follow-up at the top of your priority list.

But if I don’t know you, we’re back to that sales job again. You need to convince me you’re a great writer with a real track record. That means having a good portfolio site at the very least. (If you keep putting that off, go right now and set up one at Contently.) The “Why you?” question is a huge one with most editors. Some get hundreds of queries a day and it’s easy to ignore the ones from people they’ve never met because they’ve met a lot of writers, especially if they’re in NYC or London. I think this is so important that it’s what I lead with in a query: I put my credentials in the first sentence so they’ll know I’m an experienced professional.

If you’re not very experienced, then stop trying to pitch stories about places you’ve never visited just because you want to go there. Pitch stories where you’re the obvious expert. That means places and subjects you know inside-out, like where you live or what you’ve already researched and written about extensively. Own and embrace your niche instead of trying to be a grand generalist. 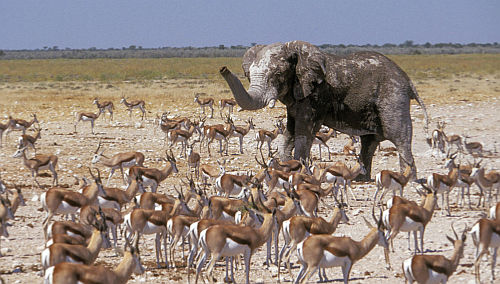 Last, most editors don’t want retreads. They want what’s new, fresh, unique, unusual. Ask 10 editors what kind of query is their ideal one and one of those words will almost certainly be in their answer. Besides those hundreds of queries they receive regularly, at big publications they’re also having regular editorial staff meetings where they’re tossing around ideas. So if you’re pitching something obvious, they’ve seen it and heard it over and over already. Unless you’re trying to fill a spot for a regularly scheduled column (“A Weekend in ____”, “The 5 Best Restaurants in ____”), give them something they haven’t heard already and you will get a much warmer reception.