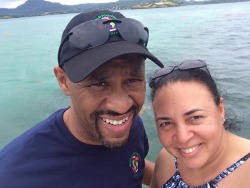 Ian and Tonya Fitzpatrick, the founders of World Footprints and hosts of the multi award-winning World Footprints podcast are not typical travel journalists. Between them they have acquired six college degrees, two of which are law degrees and three degrees that were obtained at world-class institutions—the London School of Economics and the University of Michigan. Their careers have been stellar—Assistant General Counsel at a University, federal political appointment as Deputy Assistant Secretary at the U.S. Department of Education, among others—yet they have chosen a life filled with travel adventures. They join us this week to tell us how World Footprints came to be and where they hope to take it in the future.

You spent a lot of time getting educated and worked in the real world before turning to creating travel content. What made you start pursuing this as more than a pastime?

TONYA: My travel adventures began when I was 5 years old. I had an uncle who lived in London, England and every year when he returned to the States for a visit he opened my eyes (and heart) to a broader world beyond my small town borders. Because of my uncle I made a promise that I would move to London one day, and I did years later. Upon arriving in London I decided to apply to the London School of Economics and the London Business School because I knew that a student visa would secure my residency. I was accepted into the LSE and began traveling throughout Europe to visit friends. Living in London made travel so accessible and I loved that about my new city. The travel bug bit me as a little girl but once I moved overseas (I also spent some time in St. Petersburg, Russia) I knew that traveling was an important part of my life. Travel has been a central theme for Ian and me. I decided to meet Ian only after learning that he had traveled abroad. Ian proposed to me on a sightseeing flight over Toronto after surprising me with an impromptu trip. We held a destination wedding in Bermuda and we honeymooned in South Africa. The rest, they say, is history.

IAN: In 2007, we were approached by a Washington news talk radio station to do a consumer-oriented travel show on Saturday mornings. That ultimately led to World Footprints as we found our “voice” in the travel journalism space. We knew we wanted to share compelling human-interest travel stories that would inspire, challenge complacency and encourage global citizenship. My years spent practicing law in the public and private sectors and time working for a major airline left me unfulfilled and unappreciated, so I decided to get back to my roots in radio and journalism, which had been a focus of mine in high school and college. World Footprints has given me the opportunity to build something special with my wife for more than a decade and reconnect with my passion for broadcast journalism.

Most of the people we interview on this Travel Writing 2.0 site are dealing with the printed word primarily, but you’re known as a podcaster. Tell us what World Footprints is about, why you went that route, and what kind of guests have gotten you excited.

World Footprints is a socially minded travel multimedia company. Our mission is to share cultural intelligence, our common humanity and inspire people to travel deeper and with an open mind.

All of the guests we have had on our podcast have excited us in one way or another. We’ve been incredibly blessed to interview distinguished guests who share our mission like Dr. Maya Angelou, director Ken Burns, Bobby Kennedy Jr., David Rockefeller Jr., authors, members of academia and travel industry professionals. We have also interviewed a number of artists, chefs, and a host of celebrities from actor Eric Braeden (Victor Newman on the Young and the Restless) to singer/actor Gloria Loring. Our guest list is eclectic but each individual has been aligned with our World Footprints brand. 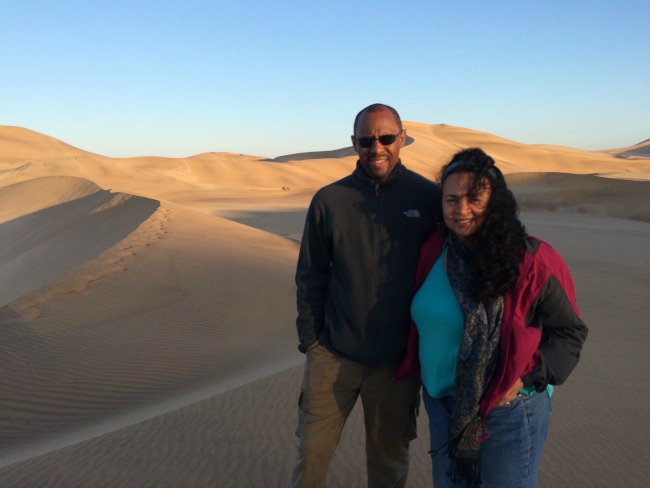 What are you trying to accomplish with your podcast and where do you want it to be a few years down the road?

We are hopeful that our World Footprints podcast will continue to grow and attract more listeners and brand ambassadors. We are syndicated across several platforms including iHeart radio, Stitcher, iTunes and Public Radio Exchange. Our reach listeners are stretched around the world but we’d like to see World Footprints have a greater impact in even the most remote areas.

We were on a North American Travel Journalists Association panel together talking about what we’ve gotten out of winning awards. Tell us about a few of the many you’ve scored for your show and what has come out of that.

TONYA: Most recently I was named an “Iconic Woman Creating a Better World for All” by the Women Economic Forum (India) and an “Outstanding Woman in Travel/Tourism Media” by the Women in Travel and Tourism International. Those two awards are a wonderful validation of the work we are doing with World Footprints and the cultural bridges we are trying to create.

IAN: In addition to the individual honors Tonya has received, we have been received two “Golden Mic” awards from the Caribbean Tourism Association, one Silver Lowell Thomas award from the Society of American Travel Writers (SATW), and a total of 10 awards (3xGold, 1xSilver, 1xBronze, 5xFinalists) from the North American Travel Journalist Association (NATJA). The culmination of the awards has strengthened our credibility as travel journalists and has validated the importance of our stories. 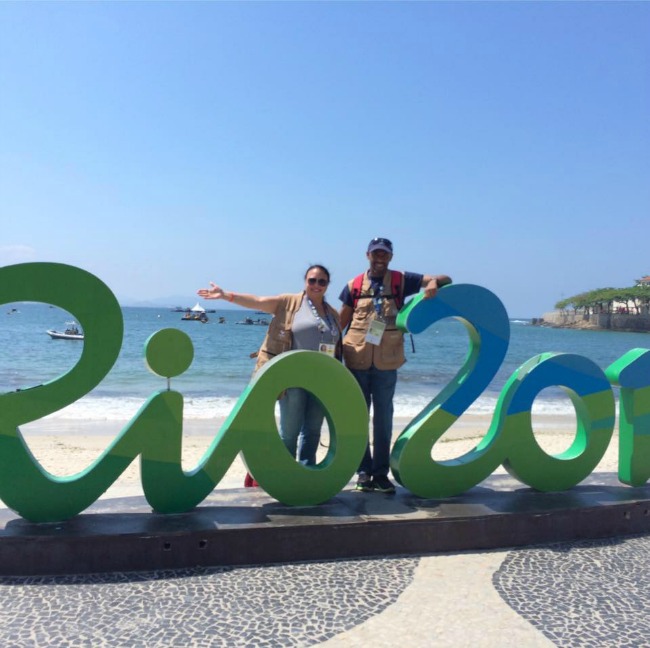 As with blogging, there are few barriers to entry in setting up a podcast, but that doesn’t mean anyone will listen. What advice would you offer someone just getting ready to start?

Find your lane (niche) and stay in it. Then promote like crazy across social media. Also, create a broadcast plan (i.e., how long will your show be? How often will it run? What format will you use? Who is your target audience? Will you interview guests? If so, who? What equipment will you use?) There is a LOT of logistical planning that goes into creating a podcast that stands out from the “noise”. As with any new venture there is a learning curve, but if a prospective podcaster has a foundation plan his/her start will go much smoother.
With respect to platforms, we use SoundCloud because it is user friendly, has a professional look and is easy to embed on our website. But there is an annual cost. We would suggest starting with the free platform on Blog Talk Radio and then moving to another platform once the new host has a good feel for the format and rhythm of their show.

I’m assuming you and Ian still have other income sources besides the podcast and you had jobs with a good salary that you were used to. What do you do to pay the bills?

Currently our contract attorney work keeps the lights on but our jobs are so flexible that we can come and go. Just this year alone we’ve been away nearly as much as we’ve been in town. There are times when we’re gone for a month at a time, especially when we’re covering the Olympic and Paralympic Games. So the legal work affords us the opportunities to do the things we love.

We also have other funnels that are bringing in a modest income but my public speaking career is gaining momentum and that will likely become sustainable over the next year.

Ian and Tonya travel the world covering everything from Olympic/Paralympic Games and sporting events (including the US National Taekwondo tournament where Ian has won two Silver Medals as a black belt in sparring), festivals, White House State Visits, and indigenous communities. They bring history to life, share our common humanity, unique treasures and interesting back-stories to the destinations they visit—all in an effort to inspire, educate and bridge the cultural gaps around the world and express love for our natural resources. Follow them on their social media channels: Twitter, Facebook, Instagram and Pinterest.