Home
»
bloggers
»
Working on the Road With Nora Dunn, the Professional Hobo 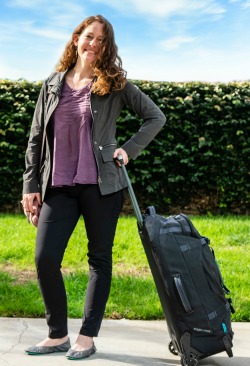 Nora Dunn is a former certified financial planner who is the founder and editor of The Professional Hobo. She is also a freelance writer, and a regular contributor to Wise Bread, Transitions Abroad, and many popular travel and finance publications. She’s the author of How to Get Free Accommodation Around the World and runs a free e-course on traveling full-time in a financially sustainable way. See more on Nora here.

You’re known as an expert on making a living pursuing the location independent lifestyle and write a lot of articles about the intersection of travel, writing, and finance. How did you get to where you are now?

I sold everything I owned (including a busy financial planning practice) in 2006 in Toronto Canada, to embrace my dreams of full-time immersive travel. I was on a quest to “live” around the world, staying somewhere for a few weeks to a few years, but usually a few months.

Initially, between a desire to experience local life for longer periods of time (rather than passing through as a tourist), and a desire to keep my expenses low (whilst building my freelance writing career), I discovered how to get free accommodation around the world. I used a variety of modalities such as volunteering, couch surfing, house-sitting, and living on boats. (I wrote a book on it here.)

Now, more than 12 years and 55+ countries later, I have a home base in my home town of Toronto again, from where I continue to travel about half of each year. I’m an international freelance writer on the topics of travel, personal finance, and lifestyle design. With this location independent income – along with travel hacking strategies like free accommodation and cheap transportation (with frequent flyer miles and mystery shopping) – I traveled full-time in a financially sustainable way for 12 years, and now I teach other people how to do the same. 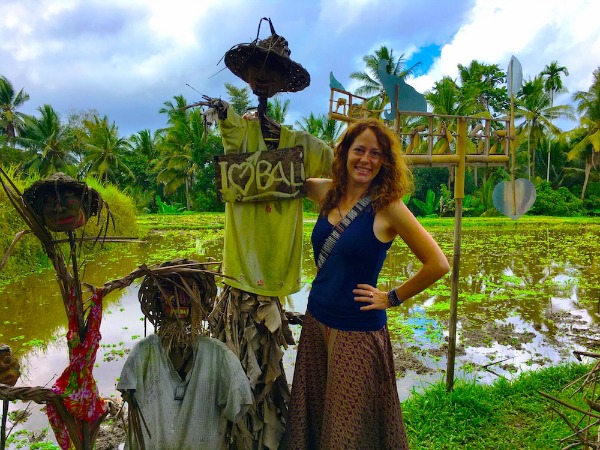 I admire you for so diligently keeping track of your income and expenses. How have both been going the past few years?

Each year I publish a breakdown and analysis of both my income and my expenses. You can see a list of all these here. Over the years, both my income and expenses have varied quite a bit, with “the stuff of life” sometimes creating some financial havoc. But there’s one thing that has remained consistent: I’ve always spent less than I earned.

Now that I have a home base, I continue to track my expenses for personal reasons (as I always have), but I’m not sure I’m going to continue to publish them since they’re not as relevant to aspiring full-time travelers.

On the income side, my income has almost doubled in the last year. I believe the cause has been twofold. First off, I’ve made some long-needed business decisions and commitments (like actually doing SEO crap, and outsourcing tasks that destroy my will to live). Secondly, having a base with a home office and somewhere (ergonomically friendly!) that I can work has dramatically increased my productivity. 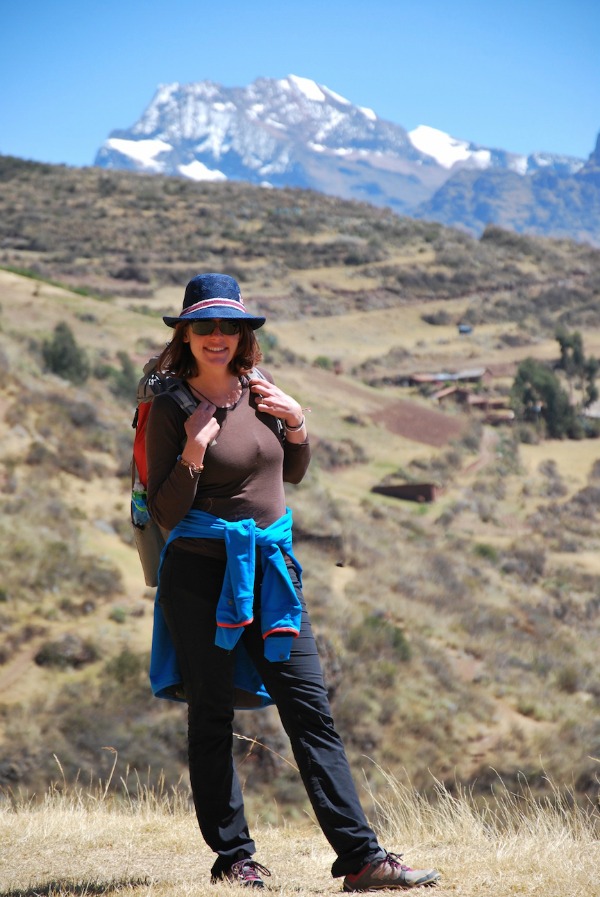 I focus a lot on cheap places to travel and live in the world, but you’ve managed to pack in a lot of places that are not perceived as a bargain. How do you make it work and still keep expenses low?

I’ve traveled and lived in some of the more expensive places in the world. Instead of looking for budget destinations, I’ve chosen to travel to places where there has been a free accommodation opportunity for me – which in turn, saved me over $100,000 in accommodation expenses over the years (over $63,000 in the first five years alone)!

For example, I lived 6 months in Hawaii, 1.5 years in Australia, 9 months in New Zealand, 3 months in Switzerland, and 3 months in Tokyo. I’ve traveled and lived around Western Europe, and I spent a few years on the Caribbean island of Grenada. None of these destinations are particularly cheap if you’re renting a place in a conventional way. But because I’ve largely had free digs – and the ability to shop and cook locally instead of being in the tourist/expat centers, my cost of full-time travel has been way less than to live in one place.

However, I’ve also paid rent a few times, including in Grenada – where I spent $350-500/month for furnished apartments. You can spend much more there, but it boils down to knowing some locals who can connect you, as eventually happened to me. The same thing happened in Australia; after volunteering for 7 months, I found a full house in the countryside to rent for less than $300/month. It was far from plush – but it did the trick.

To answer your question in (considerably) more detail, I wrote an article called The Creative Guide to Getting Free or Cheap Accommodation Around the World. 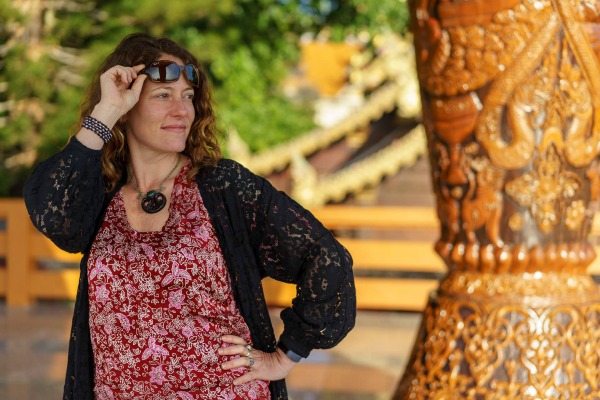 What advice you would give to bloggers, freelancers, or any other people who want to live a better life for less, on getting beyond the fear and anxiety that holds people back from cutting loose?

By traveling the world, and breaking free from the North American standards of living (and “requirements” of living), your expenses can go down. As an example, Panama and Costa Rica have become hotspots for expats and retiring Americans, which have in turn pushed the cost of living and real estate up almost disproportionately to the rest of Central America.

However with less “stuff” to worry about (like expensive healthcare, and over-priced insurance policies, and of course the ever-present “Joneses” to keep up with), most Americans I spoke to in an expat community near Panama City where I was house-sitting said they still had a way lower cost of living than they ever could have managed living in the States. And if you want to stray just a wee bit further from the norm, you’ll find cheaper yet alternatives and places to live, along with a cheaper cost of living.

I co-authored a book called 10,001 Ways to Live Large on a Small Budget; a creation from a site I was a senior contributor to called WiseBread.com. It’s an entire site dedicated to living better for less money. There’s a large movement of people on this bandwagon, and with a dose of creativity and flexibility, anything is possible.

In 2006, I had no idea that full-time travel could actually cost less than $20,000/year, nor that I could find a way to sustain it with little more than my laptop and an internet connection. (Heck – in 2006, travel blogging wasn’t even an industry, much less one that could be monetized). 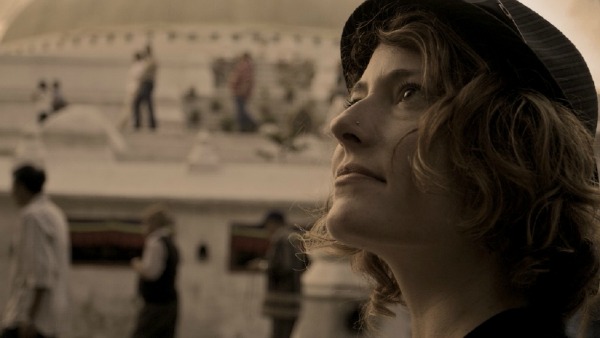 After wandering for many years, you’re semi-settled right now in Toronto. What are you working on?

After over 12 years of transient wandering, I needed a place that I could call mine (even if it’s rented), that I could use as a base for other travels, and also as a retreat to simply do my own thing.

For a few years, I thought that place was Peru, where I spent two years apprenticing with a shaman, and  where I thought the rest of my life would be spent. I was in the process of applying for residency when the rug was unceremoniously pulled out from under me (it’s a long story).

So I hit the road again, spending another 9 months in Ecuador continuing my shamanic work, before hanging up that hat and hitting Asia. 10 months and about as many Asian countries later, I hit critical mass; I was catastrophically burned out, and my body pretty much shut down on me. With a wry smile, I like to say that “the bottom fell out for me – literally and figuratively – in India”. Not a good place for something like that to happen, but a great story to tell afterwards.

I knew it was time for another home base, and this time I craved to be in a place where I shared linguistic and cultural commonalities; I craved the familiar landscape/people/culture/language of Canada. While I initially wanted to find a place of my own in another part of the country, some family obligations led to my getting a place in my hometown of Toronto.

I got an apartment through some friends for a spectacularly low rate (in an equally spectacularly convenient neighborhood), which is great because it means I can continue to maintain this place while traveling abroad for about half of each year.

And because I’m no longer schlepping everything I own from place to place, I can experience more targeted trips (like the Camino de Santiago for example), and return home to assimilate/integrate those experiences in a familiar environment.

Professionally, I’m stepping out from behind my laptop to engage the world in other ways. I’m speaking at conferences more, doing media appearances, courting a few tv show producers, and even more importantly, spending quality time with my lifelong friends and family.

When I started traveling full-time, and through most of my 12 years at it, I was sure it would be a permanent lifestyle. I railed against people who would ask me “when are you going to settle down?”.

One of the amazing things travel has taught me is that nothing is forever and that that’s okay. Not only is it okay, it’s amazing. From day to day, and year to year, we can define (and redefine) both our travels and our lifestyles, as we wish.

Will I have a home base in Toronto forever? Unlikely. Will I sell everything and hit the road again? Who knows. Let’s see.