What if you could sit in a room with four travel magazine editors who hire freelancers every month? What if you could get an hour’s worth of advice from them on how to study their publication, how to pitch travel article ideas, and what they’re looking to publish? 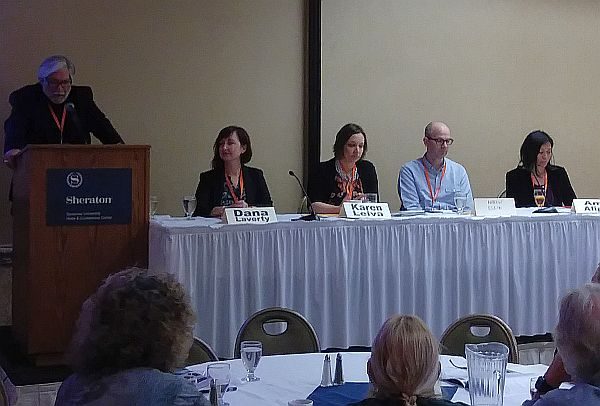 Attendees of the 2019 North American Travel Journalists Association conference got just that. If you were a freelance travel writer attending, that session alone could have made the price of admission worthwhile if you placed a story in one of their publications. Or imagine what it could do for your success rate in pitching other editors.

Here’s who was on the panel, from left to right in the photo above:

Heavy hitters, right? You won’t get to spend an hour hearing from people like this while sitting by your laptop in your pajamas in the home office. You get this from getting out into the real world and going to conferences. I can’t think of one of these I’ve been to where something great hasn’t come out of it business-wise or I haven’t learned something that advanced my career.

Being a full-time freelance travel writer is tough if you’re really writing for money. On the one hand, freelance writing opportunities in travel are more numerous than they have ever been. Most of those don’t pay what the big print mags did in their heyday though, so getting a byline in one of the remaining travel magazines is still considered a good payoff for the time invested in most cases.

Here’s what these people making the decisions about which travel writing freelancers to hire had to say.

What Travel Editors Are Focusing On

After describing who their publication serves, who their master is, and what they are trying to publish, each panelist talked about what they’re looking for throughout the year. Two were undergoing redesigns, which can also impact what they want in the future.

Ensemble Vacations magazine is for a collective of travel agents of the same name. All the members get it, as do customers on the agencies’ mailing lists. “We’re looking for stories that will inspire a reader to call their travel agent and book a trip,” says Karen Leiva. “We aren’t looking to inspire solo travel or do-it-yourself kinds of trips. We do four publications a year that are all themed, like Europe in Spring, Asia in Summer, sun destinations in fall, then ‘best of the best’ in winter. This is driven by what agents are booking the most at that time of the year”

At EnRoute, Andrew Elkin says they are doing fewer straight travel articles now, using the place as context for a real story instead of just a destination round-up.

Sometimes we are going to a place because something is happening there that impacts the rest of the world. You’ll find features that are not itinerary-driven. The front of the book is driven a lot by personalities, people you know talking about where they live. The back section is about the mechanics of travel, a scientific or technical angle. Now it’s more about general travel inspiration rather than trying to get you to buy a plane ticket to a specific place.

For National Geographic Traveler, Amy Alipio says that storytelling is playing a bigger role with them as well, with more diverse voices and more writers who know a certain place well because they live there. The photos are incredibly important for them. “Sometimes it can be a great story, but if it can’t be illustrated with a great photo, then we won’t use it. A desert story where everything is brown, for instance, is tough.”

So many of the pitches that cross my desk are just, “Here’s what to do in x destination,” says Dana Laverty from AAA Northeast. “I’m looking more for what’s beyond the usual, something different to do, a real angle. I also love it when I get something from a writer with a good narrative voice. We would love to run more articles with good storytelling.”

How Much is Open to New Writers?

“At AAA Northeast, they are always looking for new voices, new ways to tell a story and describe a place. “This is my first year as travel editor, so it’s all new to me for now,” Dana says.

“We’re always willing to work with new writers that have a unique voice,” says Amy. “They don’t have to be young, either, but maybe they come from a different area, like they were a chef, so we’re willing to help them along.”

Post-redesign, we’re more open to new writers than ever,” says Andrew. “We’d love to hear from writers with something fresh that fits the new format.” 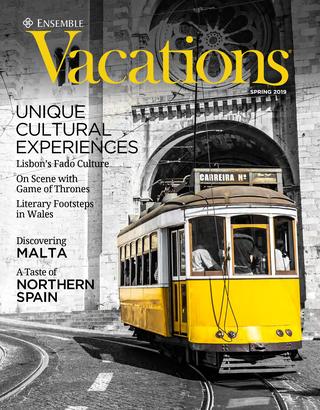 “I’m open to new writers, but we only have four issues a year, so I can’t be regularly looking at random pitches,” says Karen. “I have a roster of writers I get in touch with when we’re ready to start getting pitches for a publication. I try very hard to respond to every query, but there’s so much volume that it’s really hard.”

Moderator Ben Root noted that this was the first time in running this editors panel at the conference that all four were open to pitches from new writers. There’s more opportunity out there than you probably think!

Not all of these freelance stories come out of a freelancer’s pitch though. Many of the ideas are generated in-house and assigned to a freelancer, often one they know and trust already.

Are There More Online Writing Jobs?

Three of these four print magazines have an extensive online division as well. In all those cases, the online team publishes more material more often than the print publication. (In the case of National Geographic Traveler, it will go the way of their dead Adventure spin-off and be online only. News flash: print publications are having trouble hanging on to advertisers.)

Andrew says most of the “Travel Intelligence” material that used to be in the magazine is moving to their website. Most of the service material will be online.

AAA Northeast has a lot of overlap, but publishes some material exclusively online.

At Ensemble Vacations, there’s no web version at all. “We’re looking for people to invest time reading the magazine, so we run longer stories, with better storytelling and voice. Since we serve our members, we don’t really have a reason to put that material online also.”

For Ensemble Vacations, they pay 75 cents a word Canadian, but only $10 to $50 for most photos, a max of $200 for any photo. So they use a lot of stock photos. “Most professional photographers won’t work for those rates.”

Karen from AAA Northeast also uses mostly stock photos for print articles, but they’re trying to get away from that a little more. They use more writer photos and video on the website.

The National Geographic publications have always been the pinnacle for travel photographers and they pay as well as anyone for their photos. “Photography is the prime thing for us. It’s super rare for the writer to also be the photographer, though we’ll sometimes do the reverse—have the photographer write some text to go with fantastic photos.”

Andrew from EnRoute agreed with this: “It’s harder to get stunning photos than to get good writing. And easier for us to fix the writing too.”

All four publications said their pay is competitive but the rights are seldom negotiable. All of them are now buying some sort of universal worldwide rights, print and online. You should just assume you can’t use a story elsewhere that you’ve published with them or bring them something that’s already come out elsewhere, a problem Karen had with one writer recently. “Read your contract!” she says.

You can spin multiple stories from the same trip as always, but you’ll need a basket of original ideas instead of publishing the same text in different outlets.

What About Hosted Trips?

There are very few publications left that are completely hostile to hosted press trips in this age of shrinking or non-existent expense budgets. Most allow it in at least some cases.

It’s not black and white with AAA Northeast. They don’t run stories from sponsored trips frequently, but they will use one if it makes sense: all ideas are considered equally. Amy’s key point was that you must be up-front with the editor and explain the situation. “No surprises later please.” For the “Where to Stay” part, they are more likely to list places that have a high AAA Diamond rating though rather than where you stayed.

For Ensemble Vacations, they have no issues with stores from hosted travel. Karen says their challenge, however, is that they are a consortium of travel agents with buying power with suppliers, so they will only consider hosted trips from their suppliers. No, they won’t give you the list, but you can see their advertisers easily enough and can include the company name in your pitch to see if it is a match. She adds, “Get in touch with me when you get back to discuss it” because they usually don’t want to confirm an assignment in advance. She will check the supplier you used to make sure it’s on their list, otherwise you have to write around that issue. 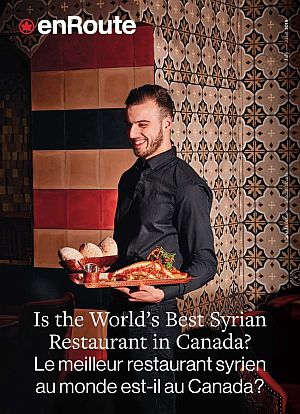 EnRoute is fine with hosted trips, but they like to be in touch with the organization hosting the trip in advance so they can make sure everyone is on the same page with expectations. Again, no surprises. He guesses that 90% of their articles come out of trips they arrange themselves, only about 10% from hosted ones.

This is a hot topic of discussion at National Geographic Traveler and the economics of their business have required them to soften their stance in recent years. “In an ideal world, every trip’s expenses would be covered by the publication, but that’s no longer viable from an economic standpoint in the current climate. We take trips ourselves that are hosted, though we always make it clear this is just for research purposes only. We are not making any guarantee of publication in return.” Again, she emphasizes that this subject needs to come up early in the discussion with your editor, not at the end.

Interesting side note on disclosure: NONE of these publications put in a disclosure statement about a trip being hosted. Yet more proof that there’s a double standard going on in the industry, with bloggers held to a much higher standard (technically anyway) than print, TV, radio, or podcasts. This is probably why after years of FTC rules being on the books, almost no enforcement is actually happening.

There were lots of other tidbits in this travel journalist talk, including how far out they’re working on issues at any given time. In the print world, it can be a year in advance. They fielded questions on the destination radius for an in-flight magazine, how they deal with spin-off stories from something you published elsewhere, and why travel magazines don’t publish negative articles.

The NATJA annual conference generally happens in May and offers great professional development opportunities for travel bloggers and freelance travel writers who aren’t too cheap to succeed. This one was in Syracuse, New York. The next one is in San Juan, Puerto Rico. See current registration info on the NATJA site.